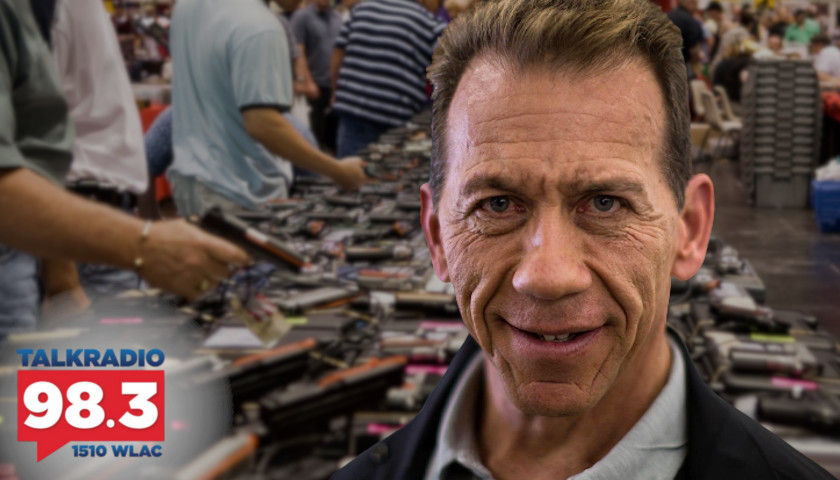 Founder and CEO of Glockstore.com Lenny Magill on New Location in Nashville Offers More Than Shooting Down a Lane

Live from Music Row Tuesday morning on The Tennessee Star Report with Michael Patrick Leahy – broadcast on Nashville’s Talk Radio 98.3 and 1510 WLAC weekdays from 5:00 a.m. to 8:00 a.m. – host Leahy welcomed Founder and CEO of the Glock Store, Lenny Magill to the newsmakers line to discuss what differentiates the Glock Store Nashville from the pack.

Leahy: On the newsmakers line our very good friend, Lenny Magill, the founder and CEO of glockstore.com and the CEO of Glock Store Nashville. Good morning, Lenny.

Magill: Good morning. What a great time we had on Saturday afternoon.

Leahy: We did on Saturday. It was the grand opening of Glock Store Nashville. 1930 Airline Drive. And I was there yet a huge turnout. And, of course, you’ve moved your headquarters from San Diego, where you also have a retail store to here in Nashville.

I got to tell you, Lenny, people came from all around Tennessee and people drove from Columbus, Ohio, because they wanted to see you and your store and your videos. And it was just a great day.

Magill: We had a good crowd. We had about 600 or 700 people and just a great group of people came up. We had people from New Orleans, from Pennsylvania, from Chicago. People drove in from all over. It was really great to see everybody and a really good turnout. And I’m glad you were there, too.

Leahy: Well, it was great. And by the way, I have to thank you because you gave us a gift that was very surprising. Of course, I suppose, Lenny it’s because Crom and I were whining on-air (Laughter) that you had a customized Glock for the guys of The Daily Wire.

Magill: You are welcome. And we do build custom Glocks. We have a lot of block accessories and Glock performance parts that help your Glock shoot better and make you more accurate, more in a faster shooter. But we also do a lot of decorative work.

And we are engraving the Glock 17 that we’re going to present to you and Chrom with The Tennessee Star logo and some other nice things to say about it. It’s going to be a neat gun, and we do a lot of custom guns with people. And it’s just a fun thing to do because we can customize and make each one unique and different.

Leahy: Well, we were so appreciative that, Lenny, I’ll tell you what. We’re going to do that one, the customized Tennessee Star Glock 17 that you’re presenting us with, I’m going to give that to Chrom because he actually didn’t have an official shooting contest, but he beat me.

I’ll admit it. It was the first time we were there last month. but I talked to your folks and I’m going to purchase my own Glock. I’m going to order it customized with Tennessee Star, so it will be mine. And I’ll probably get a Glock 17 or a Glock 19.

I got to go over to take a look at your facility at 1930 Airlane Drive and get a feel of which one I’ll pick. Probably a 19. But we’ll see. But the both of us will have customized Tennessee Star Glocks from Glock Store Nashville.

Magill: Well, the key is the practice and that comes with shooting with us.

Magill: We have unique shooting ranges. Our ranges are different and unique. We don’t shoot down a lane. We shoot in these combat rooms that allow you to shoot at multiple targets in multiple directions and training as if it’s a real-world situation. It’s not shooting down a lane. It’s a little bit more dynamic training that will really make you a better, more accomplished safer shooter.

Leahy: You had this contest on Saturday, a Shoot 270 contest. I saw people lining up. There were hundreds of people in the line. Hundreds to compete.

Leahy: I hear that it was a very dramatic ending to that competition on Saturday.

Magill: Well, we basically set up three targets in a kind of a neat little target array. And the idea is to shoot them as fast as possible and, of course, with accuracy. And we train people like that. That’s how we train. We don’t train them to shoot down a lane.

We train them to shoot multiple targets and as fast as possible. And one of them roughly matched throughout the day and we had at least, I think, over 100 people, maybe 150 people shot out of the 600 in the camp. And over the day, there was one guy who was kind of in the lead the whole time.

And towards the end of the day, when we were just about ready to pull the drawing and pull the results to see who won the actual contest, the gentleman stepped up and shot it and just blew everybody away and went right in the first place. And it ended up that this is the same guy who just started training with us four weeks ago.

Leahy: Are you kidding me? Does that mean there’s hope for me, Lenny?

Magill: There is hope for anybody. Shooting is not difficult really. There’s a lot of basic little things to learn. Of course, you want to be safe and all that. But once you get over the bang and against the gun powder and the smoke and all that stuff, it’s not that hard.

It’s not like playing golf. It’s a lot easier to play golf. Anybody can really shoot. And we believe that we can take just about anybody from a moderate shooter or even an intermediate level, and take them to a really fast level. We can do that with you. We could put you in a situation that you can beat Crom.

Leahy: I’m really going to focus on that because he’s reminding me every day that he beat me.

Magill: We think the friendly competition is a way to help you strive to get better and improve your skills because it’s nice to have a score and we can do that. But the one thing we can do is our facilities is we can quantify your success.

We can quantify how much better you’ve gotten. We can take you from A to B to Z right through the alphabet. And that’s all based upon the shooting style that we have. We have metrics that allow us to see that you’re improving.

And they’re just not shooting down a lane at a random target. After a while, it gets kind of boring. So we came up with a way to gamify this whole thing to make it a lot more fun, but also to help you test and quantify your results.

Leahy: So I’ll tell you what I’m going to do. I’m going to bring my friend Clint Brewer. Clint, do you want to come in and shoot with me sometimes?

Leahy: We were talking about this off-air. You’re a big fan of guns.

Brewer: Yes. And I’ve got several Glocks. I love them. At my bedside table is a Glock. My Glock is a model 22.

Magill: You know what? It is a good place to bring a friend and shoot. Because versus going to play four hours of golf, you can come down and shoot in less than an hour in our facility. And have the same type of experience.

And they walk away with a sense of accomplishment, but also with a relative score. And then, as I said, it’s a kind of friendly competition. You could sit there on that 19th hole and talk about it and say, well, I could have beat you if I would have done this.

Leahy: Well, Clint is a little bit competitive, too. Friendly competition. But again, you’re even more experienced than Crom is. So I think it’ll be hard to best you.

Leahy: Lenny, how often should you be practicing to be at your best?

Magill: Shooting just like anything else like this is a perishable sport in the sense that you can be better with practice. Of course, the top shooters and people who are really into it they’re going to shoot every day or every other day.

We have in our facility a lot of people come once a week. They’ll schedule an hour. It’s kind of a therapy session for them. They come down and we will identify where they’re at and where they want to go. What kind of thing they want to accomplish that particular day.

Whether they are drawing from concealment or if they want to shoot with low light or weapon like lasers. Say they want to shoot around corners and do something different versus just shooting straight-up targets. We really can customize the experience to make sure that we not only entertain you but take you to that next

Leahy: Lenny McGill, Founder and CEO, the Glock Store. Glockstore.com. Located in Nashville at 1930 Airlane Drive here in Nashville. Lenny, thanks so much for joining us.

Magill: It’s a great facility. We invite everybody from Nashville to come down and check it out. And thank you, you guys really great talking to you, and great to see you on Saturday and being part of our event.