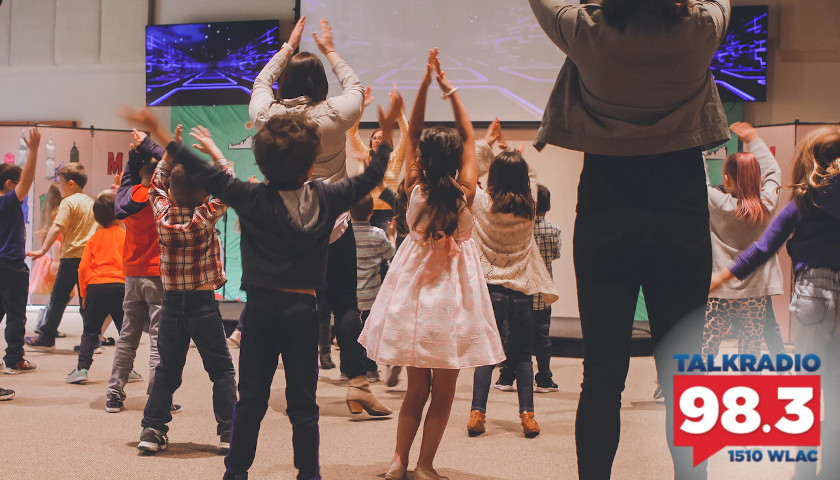 Live from Music Row Tuesday morning on The Tennessee Star Report with Michael Patrick Leahy – broadcast on Nashville’s Talk Radio 98.3 and 1510 WLAC weekdays from 5:00 a.m. to 8:00 a.m. –  host Leahy welcomed President of Let Grow and founder of Free Range Kids Lenore Skenazy to the newsmakers line to talk about her two new initiatives.

Leahy: On our newsmaker line, our new friend, Lenore Skenazy, the President of Letgrow.org. And really the founder of the Free Range Kids Movement. So, Lenore, I have a question for you. Are you open to it?

Skenazy: I thought you had a great idea for me.

Leahy: I do. I have a question for you. So first, before we get to our idea, why don’t you describe some of the K8 projects that Let Grow has currently?

Skenazy: Oh, thank you so much. Sure. So we just have two school initiatives. They’re both free. So it’s not like I’m selling something. One is like I was telling you before the Let Grow Play Club. We encourage schools to open before after school for kid-led, no adult. There’s an adult in the corner with an EpiPen. But otherwise, it’s just kids playing. And throw a lot of junk out there balls and jump ropes and cardboard boxes.

And if you need some help organizing that or dealing with it, how do you explain it to parents and make them see that it’s not just a waste of time. You can get what we call our instruction kit or something at Letgrow.org. And the other thing is the Let Grow Project. And this is a homework assignment that teachers give kids anywhere from K through eighth grade that says, go home and do something new on your own without an adult.

Without your parents. And of course, you talk about it with your parents. But it’s just to renormalize the idea of kids running an errand. Kids walking to school. Kids go over to a friend’s house. Kids making dinner because parents have been so frightened by this whole culture that is telling them that any time that they’re not helping their kid or watching their kids, their kids in danger, that they don’t even know how to let go anymore.

So I don’t blame them because they’re living in a culture where Parents Magazine says, don’t let your kids ever have a play date without you listening to make sure that they don’t have an argument because if they do, you want to jump in. I mean, Parents Magazine theme has been telling parents that kids can’t do anything safely on their own and that they will live to regret it.

And so the Let Grow Project, because it comes from a teacher just gives parents permission to say, you know what? You can let your eight-year-old walk outside, your nine-year-old go run an errand, and your five-year-old play on the lawn. It’s up to you, but it renormalizes it because everybody at the school is doing it. You’re not the crazy mom. You’re not Lenore. (Chuckles)

You’re just doing something for homework. So those are our two school initiatives. And then the other thing that Let Grow is working on is we are trying to encourage states to change their neglect laws to make sure that like playing outside or walking to school or staying home briefly by yourself, that’s not considered neglect. We want neglect to be actual neglect, not trusting kids with a little bit of independence when the parents feel their children are ready.

Leahy: All very good stuff. So you’re ready for my big idea and like to throw it out there?

Skenazy: I can’t wait. I need a new idea.

Leahy: Well, I’d like to see if you might have an interest. There are some people here in Tennessee that might be interested in starting perhaps a statewide pilot program. Here’s the idea. Let Grow Baseball.

Skenazy: I bet I know what it is. I’m guessing it’s just sort of getting initiative like it’s Saturday morning kids go play baseball.

Leahy: Yeah, well, the idea would be maybe to work with little leagues and maybe even some professional baseball teams to set up everywhere and every county. There are 95 counties in Tennessee, fields where kids can go, perhaps have one adult there, just so that in case somebody falls and needs to go to the hospital, they could take them.

Skenazy: I absolutely love it. It’s actually an idea that we’ve kicked around something like this. One of our co-founders of Let Grow is a guy named Peter Gray.

Skenazy: Yes, exactly. Oh, my God. Yes. And so Peter Gray said, why can’t we get sand block baseball going again? Which it sounds like what you’re talking about.

Skenazy: The fields are there, but nobody thinks to go, because unless you’re in an organized activity, we sort of think that baseball is just for three-hour practices a week. And we just have to renormalize the idea of kids getting up and going out. And so, yes, figure out how to make it happen. I mean, really, you need two things to happen.

One is for kids to recognize that there are going to be other kids outside. So there will be somebody for them to play with. And then two weeks for parents. Well, I guess you need a couple of things. Two weeks for parents to let them go and not think that the parents have to be in the bleachers all day. No parent wants to be outside as long as a kid wants to be outside. Kids want to be out longer because they just want to play.

And no parent wants to stay there from eight in the morning till seven at night on a Sunday like you used to spend. And then I think it behooves your state to consider what we call a reasonable childhood independence law, which used to be called the Free Range Kids Law when it was passed in Utah, which is just what we were talking about before. Making sure that it’s not mistaken for neglect by letting your kids go outside and play baseball for three hours while you’re at home doing whatever else you prefer to do.

Skenazy: Believe me, he did that. And even in winter in Minnesota, he was outside. In the winter he was ice skating, and in the summer he was fishing. And actually, he took a test recently to see, is your child an addict? Because he also believes that his kids like playing video games. That’s not the end of the world either. You don’t want them only doing that, but kids are allowed to have some fun.

I mean, what I worry about is the kids growing up being driven from one activity to the other they like them and its fine and I did that with my kids. But when you have some free unstructured time without an adult telling you what to do and why it’s good for you, you develop something else and that’s this internal sense of I can handle things. Life is interesting. I’m pretty intrepid. And without that internal locus of control, you’re very depressed. It’s like going to a job every day where you’re micromanaged. The assumption is that kids today are having higher levels of depression and anxiety because everything is done with them and for them and they dont’ get to do anything on their own.

Leahy: They have no agency, no control.

Leahy: So Here’s what I’d like you to consider.

If you and Dr. Peter Gray, let’s set up a phone call, and let’s plan this thing out and introduce Let Grow Sandlot Baseball or whatever you want to call it. We’ll introduce Let Grow Sandlot Baseball to every County in Tennessee. The fields are there. We just need to get some private money into it. And I can tell you right now in Tennessee, I’ve been talking to a number of Little League people and some professional major league sports teams that I think would be very interested in helping this happen. And Tennessee of course is the best state in the country to start this…

Leahy: Because we want to do it because, of course, we have no state income tax, and we have a tradition of freedom and liberty. And it’s, of course, the volunteer state.

Skenazy: Oh, that’s right. I’m thinking about the license plate. Yeah, well, the ideas of freedom and liberty are pretty much dead if you think that people need constant supervision. And that’s what we’re raising kids with. The idea that they’re never safe, and they shouldn’t even feel safe unless somebody else is always watching them, either in person or electronically. And I want to contract this idea that no, actually, you yourself are okay. You can handle things. The world is your oyster. It’s not a threat. So I think it has to start pretty young, and that’s what Let Grow is about.

So we’ll have our first phone call with the Let Grow Sandlot Baseball-Tennessee Star idea. And then we’ll invite you down here to Nashville. You and Dr. Peter Gray to talk to some baseball people. Look at some fields, and let’s get this thing rolling.

Skenazy: Let’s aim for the stand. Now you know how little I know about baseball. That wall at the back. How about a home run.

Leahy: If you build it, they will come.

Skenazy: Especially if you don’t go there with them.