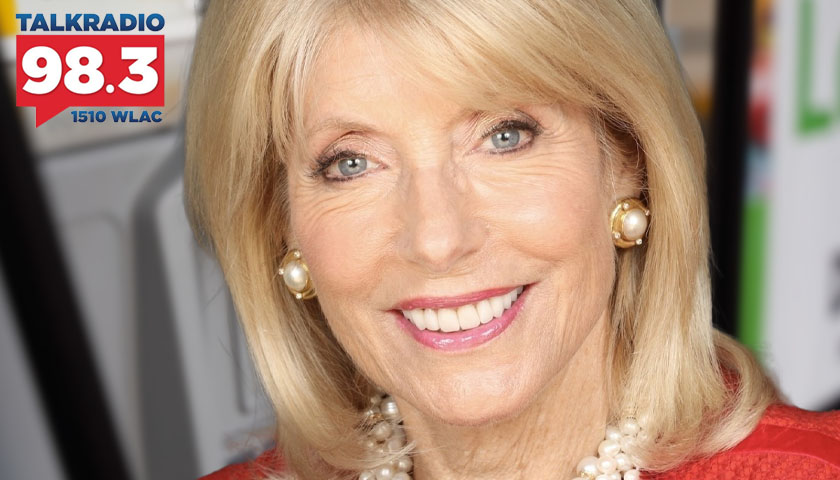 We’re in a land and an era where common sense seems to be very short in supply. I got one word for you. I’d like to get your reaction to this. Inflation.

Look, this is a serious problem, and I think it has been dismissed a little bit too easily by the Federal Reserve chair and by President Joe Biden.

Jerome Powell is in an awkward position. He wants to be reappointed when his term expires, I’m sure. And he also is on record having called for enormous fiscal stimulus, a lot of government spending to get us out of the slump that we were in because of COVID.

And now that that’s being delivered, probably at a level much more than he expected, it’s very hard for him to turn around and say, no, no, I was only kidding. These are not good ideas.

So he’s got a problem. But I think the country is waking up to the fact that these giant spending programs that have been promoted by Democrats are simply pushing too much money into an economy that is chasing too few goods and now showing up in inflation.

Biden actually talked about it the other day (Chuckles) and his explanation was completely muddled. Which I guess we’re not surprised about.

But he’s talking about how the investments he wants to make in, I don’t even know what, green energy, et cetera, and that’s going to help inflation.

No, he’s wrong. That’s not going to help inflation, not in our lifetime, probably. In fact, it’s going to spur it because everything they want to do, for example, in energy is driving up the cost of energy.

Yes, the government is going to be subsidizing it so the consumer may not see it right away. But the truth is if you start piling into our economy, higher-cost energy, it flows everywhere.

So we have a problem. We have a spending problem. We don’t have a tax problem. If you look at long-term trends, the country is simply spending too much money.

I don’t think really many people can argue with that. We’ve never had a budget that called for spending $4 or $5 trillion dollars.

These are unimaginable numbers that we haven’t seen since World War II. And here’s the thing, we’re not at war. We have an economy that went into a ditch.

It’s very quickly revived. Democrats are lying about the fragility of the economy because they want these programs embedded now, such as the child tax credits, such as long-term dependent care, et cetera.

This really is not a good thing for our country. And thankfully, I think the polling shows consumers are very anxious about inflation, and that may help stem some of the more radical spending plans.

Leahy: But Liz, not a joke. This is is just temporary inflation. (Imitates Joe Biden) I’m paraphrasing what the President said.

Peek: And yeah, they can point to some things like lumber prices. We know went up 400, 500, 600 percent year over year, and they have come off those highs.

But one of my favorite economists on Wall Street, Ed Hyman, and has described inflation as lumpy. And he’s right. It comes kind of in batches.

Both new house prices and existing home prices are up substantially even as the Federal Reserve keeps buying up $120 billion dollars every month of bonds, including mortgage bonds.

Explain to me why we are buying mortgage bonds when the housing market is red hot? What that does is make mortgage rates lower.

Okay, that’s great. But it also spurs demand and throws out of whack a normal rebalancing of the housing market. But here’s the other thing.

What I am concerned about, and I’ve been writing about four months now, is this whole wage-price spiral. I’m old enough, I’m embarrassed to say, to remember the trauma of the 1970 inflation surge.

And what happened is you have a raft of price increases. And then the next thing that happens is you have workers going to their bosses and saying boss, the price of everything is up 10 percent. I need a raise.

And the boss says, well, you’re right. You do need to raise, put a raise through. And then he has to raise prices because he can’t afford that raise.

Joe Biden keeps saying to the restaurant workers at the CNN Town Hall: If you just raise your prices, your wages a little bit, you’ll be able to attract workers.

Well, what we’ve seen is workers are sitting on the sidelines because the $1.9 trillion dollar American Rescue Plan and other programs are offering so much in benefits and unemployment that they don’t need to take a job.

And there you have it. Wages are going up. Great for workers in the short run, but not if they’re paying more for everything as a result of that, which is what’s happening.

Leahy: I have a theory about why the Biden administration is so off point on this. I think it’s comprised of a bunch of economic dunderheads who are caught in a John Kenneth Galbraith time warp and have gone back to 1960. What do you think of that theory?

Leahy: I think you actually have the right answer.

Leahy: No, that’s fine. This is why we love having you on. Because you know what you’re talking about.

Peek: Well, it’s just so offensive to me. There’s no accountability for these bills that are being passed. Presumably, no one knows exactly.

But it’s – we’re close to $2 trillion dollars that have been allocated by Congress now and not spent. And yet here are Democrats talking about pushing through a $3.5 trillion dollar plan through reconciliation.

No GOP votes. And everyone out there should be wondering what is in that plan? Why are they so desperate? Because, by the way, the polling on this is pretty terrible.

They know this is a risky thing. They know this could cost them the control of the House and Senate in 2022. So why would they risk everything on this bill?

And the answer is because it is a massive payout to the teachers’ unions, the SEIU, and the other groups that will then come back and put them back in office think, two years later.

It’s building their base of support. And this is not right-wing craziness. This is because they are creating programs that are distinctly beneficial to expanding the membership of those unions.

What do those unions do? Well, for example, if they get their way on the voting rights bill, they’ll go out and ballot harvest. What better group than the tens of millions of members of the teachers’ unions to go out ballot harvest from nursing homes and hospitals and long-term care facilities, etc, than all those teachers?

It is just the most nefarious cycle of payouts and then support building at the expense of the American taxpayer. It’s really extraordinary.

Leahy: I think you nailed it. That’s exactly what this is. It has nothing to do with any kind of underlying economic theory. They don’t care about that. They want power, and that’s what defines them.

Peek: Yeah! The latest excuse in terms of a theory is this so-called modern monetary theory, which argues that you can just spend forever and ever unceasing amounts as a federal government.

As long as your currency remains whole and sound, it’s just basically become a talking point on the left. At some point, your currency doesn’t remain strong and sound.

Leahy: That worked so well for the Weimar Republic in Germany.

Peek: (Chuckles) Exactly. We never learn from history. How would we? We don’t teach or learn history anymore?

Leahy: Last question for you, Liz Peek. When are you moving to state income tax-free Tennessee?

Peek: I want to tell you something. I mean, I have to write about this. Maybe we just got noticed from some organization that follows this stuff that bonuses, and of course, Wall Street is a bonus community.

That’s where they make their money, not on their salaries. The rate of taxation in New York has gone from nine percent, I think, and change to 13 percent in change.

Like a 40 percent increase. I’m not sure people are even focused on this. But to your point, the exodus from New York is only going to swell. And I can guarantee you that that’s happening.

Leahy: And we’ve got some Realtors here that I can put you in touch

Leahy: Okay, we’ll see you soon here, Liz. We’ve got a place here for you.