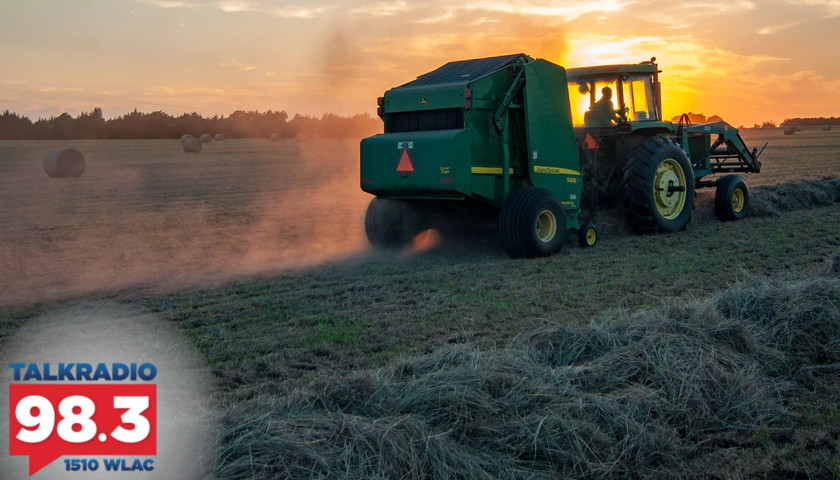 Leahy: I am delighted to welcome on the newsmaker line, the general counsel for the Southeastern Legal Foundation, Kim Herman. Good morning, Kim.

Herman: Good morning. How are you?

Leahy: Well, you guys are heroes of mine because your group succeeded in getting the Supreme Court in 2019 to reject the ridiculous EPA Waters of the U.S. Rule. Congratulations. That was fantastic.

Herman: Thank you. Thank you. It was a lot of fun to take the case up there and to win it also.

Leahy: Were you arguing in the Supreme Court, or were you just present? Did you hire an outside firm to do the arguments?

Herman: We actually brought the case with a number of other public interest law firms. And so I did not personally argue it, but I was there just to be part of the team and to work on the case.

It was our second big win against EPA in the last 10 years up at the U.S. Supreme Court. And to be up there for a second time, it’s just surreal.

Leahy: The EPA was suing farmers who had basically little creeks that they were trying to move around. It was just crazy. Totally crazy.

Herman: With one sweep of the pen, basically, the EPA took jurisdiction over every single piece of property in the entire country. And I guarantee people don’t even realize it, but for most of your listeners, it means they could come in and regulate your personal property.

Leahy: It was crazy. So Congratulations on that. Last week, the Southeastern Legal Foundation and Mountain States Legal Foundation found the lawsuit in federal court challenging the unconstitutional race discrimination in the United States Department of Agriculture’s Farmer and Rancher Loan forgiveness program.

The challenged provision in the America Rescue Plan Act of 2020. Wait for this…provides automatic loan forgiveness of up to 120 percent of the loan amount for farmers and ranchers unless they are White. Tell us more about this.

Herman: We teamed up with Mountain State Legal Foundation. And on behalf of a great mama rancher who’s a sixth-generation rancher out in Wyoming, we filed this lawsuit because, as we all know, the government cannot discriminate against people because of their race. And that is exactly what they are doing here.

It is black letter law. They put it right into the COVID rescue plan if you can call it a rescue plan. But into this COVID relief bill that was signed under Biden that farmers and ranchers if you have a loan with the government, you’re going to get automatic loan forgiveness, and then you’re going to get a check for 20 percent of the loan value unless you are white. It violates the Constitution.

Leahy: Unless you are White. That’s plainly a violation of the Constitution. No question about it. It is racial discrimination against White farmers. Now, this was filed in the United States District Court in the District of Wyoming. What’s going to happen with this case?

Herman: Well, we just filed it. And so now we’re going to have to go through the process of litigating it. But yesterday, the Sixth Circuit Court of Appeals, so that’s in your area, issued a really great opinion in a case challenging a similar program under the Small Business Administration, where they were favoring what they call ‘socially disadvantaged’ business owners and giving them relief money over Whites.

And the Sixth Circuit came down and said, you cannot do that. That violates the Constitution. So we’re going to move this case as fast as we can in the District of Wyoming to get a similar ruling up there in our case.

Leahy: It sounds like you are optimistic that you win this case. Will it ultimately go to the Supreme Court of the United States?

Herman: That depends on how hard the government wants to dig in. But with the Biden administration, I wouldn’t put it past them. We’ve got a couple of more cases that we’re going to be filing challenging this exact same program all throughout the country.

We need to bring as many lawsuits as we can to challenge racial discrimination that we can right now because it’s not just in this area. As you know, it’s in our schools. It’s in our K-12 schools.

We’ve got state-sanctioned racism and state-sanctioned discrimination in every single facet of our lives right now. And we won’t stop until we root that out. So yes, if we need to take it up to the Supreme Court, we absolutely will.

Leahy: So let’s talk in general about state-sanctioned racism in our K12 public schools funded 10 percent by the federal government. The federal government apparently, is putting together a rule that would require the teaching of critical race theory in schools, that of course, will be litigated.

But broadly speaking, do you see this kind of litigation where the Democrats have codified racial discrimination against White people and others? Do you see an increasing level of litigation coming against the federal government and perhaps against school systems, and against publicly traded corporations that are implementing similar policies?

Herman: Oh, absolutely. I can tell you right now, we’re gearing up about five to six lawsuits against school districts throughout the country challenging unlawful and unconstitutional critical race theory.

We’ve got some schools that are showing middle schoolers videos about George Floyd and then separating students by race into different rooms and teaching them different lessons. It baffles me that our public education system is doing this, and it doesn’t get more discriminatory than that. You just cannot treat people differently because of their race. End stop period. It’s in the Constitution.

Leahy: My guess is that you will succeed with those challenges ultimately.

Herman: I sure hope so. I’ve been really encouraged by all the parents that are coming forward and wanting to challenge this, especially in places where most people wouldn’t expect it.

Leahy: Let me ask you this. Are publicly traded companies that are implementing what they call diversity, equity, and inclusion mandatory training programs that many people argue are, in fact, also racist, are they in any legal jeopardy from lawsuits?

Leahy: The mission of the Southeastern Legal Foundation is to just sue the federal government, state government, and local government school systems? Are you limited to that?

Herman: No. We do a lot of property rights work, as you mentioned with our Waters of the United States case in our EPA case. When the government infringes on your constitutional rights, on your individual liberty, on your equal protection, on your free speech, that’s when we can step in and we can sue the government on your behalf.

Leahy: Wow. That sounds very interesting. If somebody out there wanted to support the Southeastern Legal Foundation, how would they do that? Do you say you’re a 501 (C) (3)?

Herman: We are we’re a nonprofit. We provide all of our legal services to our clients completely pro-Bono, so completely free. They can find us at slfliberty.org.

Herman: They absolutely can. They can do it there with the donate button. So I appreciate that. Thank you.

Leahy: Well, we’re happy to do that. You are based in the Atlanta area, which is I think now a growing center for all of the issues going on in the country down in Atlanta. We certainly are delighted to have you on Kim Herman, the General Counsel for the Southeastern Legal Foundation, and on the web at Slfliberty.org. Will you please come back and tell us more about these cases as they go forward?

Leahy: Kim Herman with the Southeastern Legal Foundation. Thanks so much for joining us today. A great interview.

Listen to the full show  here: