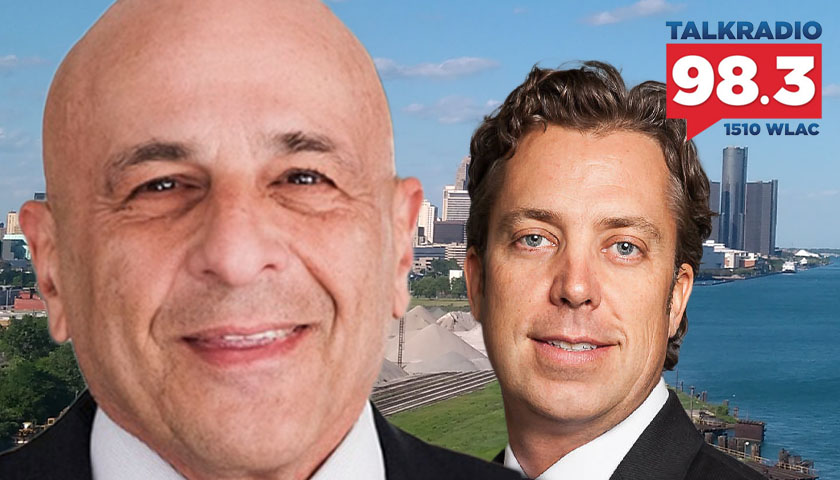 Leahy: Let the party begin! In-studio with us, my former boss at PJTV, and now the Senior Editor-at-Large for The Epoch Times, Roger Simon. Good morning, Roger.

Leahy: Well, we’re going to actually have to turn your mic on there, Roger.

Simon: No kidding. Now, I have to watch what I said.

Ogles: Speaking of party, I think Gretchen Whitmer had one.

Leahy: So in honor of your presence here, Roger, because you are, of course, the newest all-star panelist at The Tennessee Star Report. We’re going to lead with a story at The Epoch Times headline. Andy this is so funny. Whitmer administration acts as COVID-19 rules she violated at Michigan bar, Michigan Governor Gretchen Whitner, the administration. rescinding her rule of restaurant parties of six people on Monday, two days after she was caught violating the restriction herself.

Simon: What hasn’t she violated?

Simon: There has to be a new word for hypocrisy, because hypocrisy You know, I’ll be pretentious and go tell your audience the old definition of hypocrisy from Francois de La Rochefoucauld, this old friend French dude long dead. His definition was hypocrisy is the homage that vice pays to virtue.

Simon: That’s very fancy, but it doesn’t really do it for these people who are a lot worse than that.

Leahy: So the story, of course, was she had a rule, probably an illegal rule Andy, I would guess, because the governor just passed the rule. It wasn’t passed by the legislature as the Constitution of Michigan and the Constitution of the United States require.

But restaurant parties could only be six people and they had to be wearing masks and they had to social distance. They had to wear masks still, under her rule that she just implemented on Monday got rid of. She was caught in a photograph that Breitbart News obtained.

And my friend and colleague Kyle Olson, who was up in Michigan got this picture. And it was a picture of, like, 13 people, including Gretchen Whitmer herself right in the middle of it, crowded, elbow to elbow at a restaurant with no masks. Hypocrisy thy name is Gretchen Whitmer.

Simon: It’s been that name for a long time. What’s really kind of interesting is that people will elect a person like that. What’s going to happen in the next gubernatorial election in Michigan? That’ll be an interesting thing to see. It will be a big test for those there.

Leahy: The police chief of Detroit, Black guy, very conservative is apparently thinking of running for governor against Gretchen Whitmer.

Leahy: A great phrase. Since the beginning of this. Michigan has been the exact opposite. Unless your name is Gretchen Whitmer. Right?

Ogles: It’s just this whole idea of do, as I say not as they do. We know the elites and they’re fabulous at this to issue edicts, whether it’s global warming as they hold a press conference in front of their jet. (Leahy laughs) When you look at COVID and you look at the way some of these governors have managed or mismanaged, you hate to make it personal, but she comes across as a bit nutty.

Simon: A bit? An interesting word that we’ve been inundated with is elites.  We use it as a convenience term.

Leahy: what is so elite about them? They have power.

Leahy: Power-mad people who don’t have a lot of common sense and don’t seem to care.

Simon: They may have common sense. It’s just they don’t want to use it.

Ogles: You think about Nancy Pelosi when they were passing Obamacare and you need to pass it to see what’s in it. Just trust me, because I know better than you do.

Leahy: It didn’t end well for them. (Laughter)