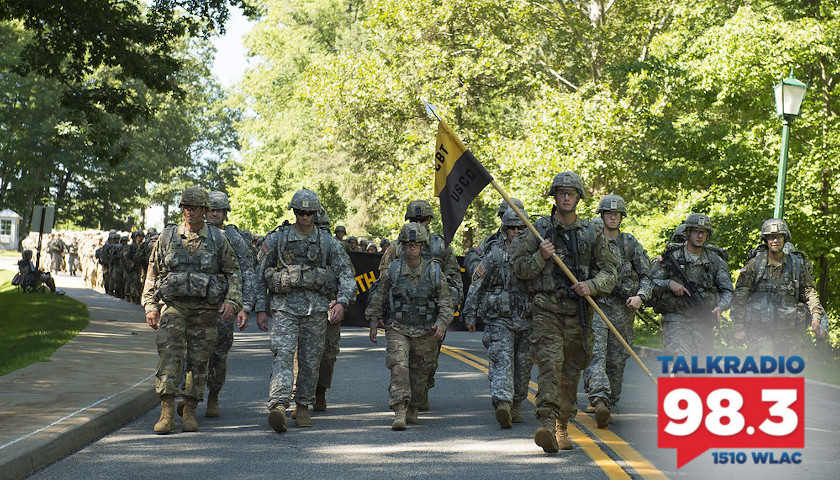 Live from Music Row Friday morning on The Tennessee Star Report with Michael Patrick Leahy – broadcast on Nashville’s Talk Radio 98.3 and 1510 WLAC weekdays from 5:00 a.m. to 8:00 a.m. – host Leahy welcomed the original all-star panelist Crom Carmichael to the studio to discuss recent legislation in Florida that would prevent private funding of elections.

Leahy: We are joined in studio by the original All-Star panelist, Crom Carmichael. Crom, we’re talking about election integrity reform. I have a story published last night at Breitbart.com. Headline: Florida Becomes Fifth State to Ban Private Funding of Election Administration. In other words, the Zucker bucks that we’re talking about that $419 million that Mark Zuckerberg gave to these nonprofits that they use to basically get out the vote for Democrats.

Illegal in five states. Florida became the fifth state. On Thursday after Governor Ron DeSantis signed a comprehensive election integrity bill into law with a clear and enforceable ban on that controversial practice. Florida joins Georgia, Arizona, Idaho, and Louisiana, all of which have enacted similar laws in Texas. As you heard in the news, Texas has passed an election integrity bill in the House last night. I think that does include a similar measure there.

Carmichael: And this is becoming clearer and clearer to me, just based on the actual facts. When Gavin Newsom thinks that he has the right, which he does have the right to verify signatures and throws out 400,000 signatures, that’s not called voter suppression. (Leahy laughs) And the Democrats don’t want Republicans to be able to do an audit in Maricopa County that won’t even overturn the election.

It’s just trying to determine whether or not there is an election integrity problem. And Democrats a claim they don’t even want to know based on their actions, they’re saying I don’t even need to know whether or not there’s an integrity problem. And I’m assuming Michael, so I’m not going to assume anything because you’re much more familiar with this than I am, what about states like Wisconsin, Michigan, and Pennsylvania, what’s going on there?

Leahy: Let’s talk about the others like Wisconsin, Michigan, Pennsylvania. Wisconsin narrowly won by about 20,000 votes by Joe Biden. And Michigan not quite as close, but narrow in Michigan and Pennsylvania, all won by Biden. Those three states have something in common, Republican-majority state legislatures and Democratic governors.

Then you also have any legislation that would be passed by the state legislature has to be veto-proof. And I believe all three states require a two-thirds majority to override a veto, unlike here in Tennessee, which is only a majority of 50 percent plus one. Any electoral reform legislation passed in those states that would be signed by the governor would be extraordinarily watered down and most likely rejected.

I know in Wisconsin they’ve tried one little minor thing that would require any private funding to go through the Wisconsin Election Commission and be distributed equally throughout the state, that’s been passed in the state legislature. I think even that little minor thing, the Democrat governor there, his name is Tony Evers, would veto it in a heartbeat.

Carmichael: Let me ask you a question because the Constitution leaves the election laws in the various states up to the legislatures.

Carmichael: Has that ever been adjudicated at the Supreme Court level?

Leahy: I don’t think it ever has been because it’s clear there in black and white that it’s a state duty and a state responsibility.

Carmichael: No, I understand it’s a state, but it says the legislatures. It doesn’t say the governor.

Carmichael: So if a state passed a law, and the governor vetoes it, it would seem to me that that there ought to be a court decision on whether or not a governor can veto a legislation reform bill.

Leahy: I think those are related to federal elections in the Constitution, not necessarily state.

Leahy: I don’t know the answer to that. It’s a very good question.

Carmichael: The House members, the Senate, and the presidency.

Leahy: I’m going to have to do some homework. I will accept your assignment. I’ll find the answer.

Carmichael: Arizona did pass election reform, is that correct?

Leahy: Oh, yeah. They’ve made it and the strongest prohibition on private funding of any of the states is in Arizona. And they’re very strong.

Carmichael: But have they also changed their election procedures?

Leahy: Yeah. They’ve changed some election procedures. They’ve done it piecemeal in Arizona. Other states, like Texas and Florida, have done sort of these omnibus, comprehensive bills. And so there’s more to come in Arizona.