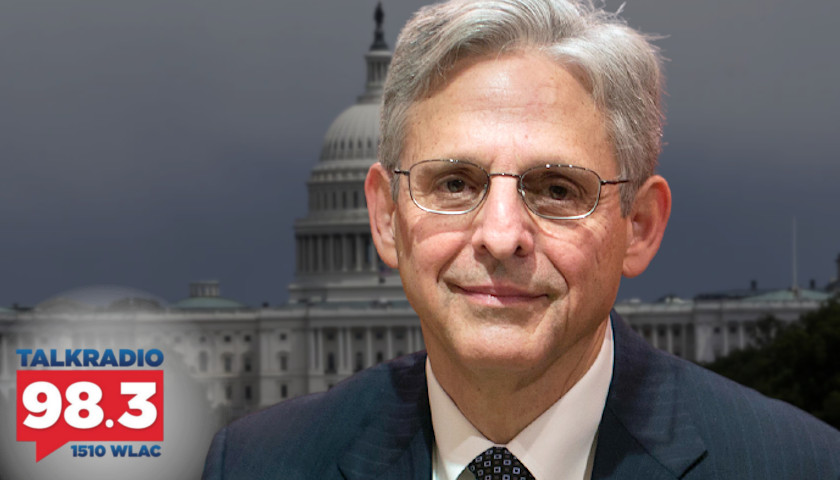 You know Craig, Clay, Travis, and Buck Sexton have their show on here now from 11 a.m. to 2 p.m. They have been great in promoting The Tennessee Star Report. We really appreciate that.

Leahy: You’re talking about the possibility of voter fraud in the California recall election.

Leahy: I’ve got a story for you kind of related to it. Since you were last here. You can’t stay away from us for too long, Craig, (Huey chuckles) because we’re opening up state-based conservative newspapers.

Huey: I’m so excited about that. That’s great.

Leahy: At a rapid pace. We launched The Arizona Sun Times on June 24.

Leahy: Do you have a story to tell us?

Huey: I do. Because what has happened is this, the Democrats are running scared because voter fraud is going to be recognized because of the audit in Arizona and hopefully in other states.

Leahy: Various levels of audits are currently undergoing. There is the Fulton County, Georgia audits with absentee ballots going on now.

It looks like you can’t rely upon Fulton County results. Arizona, they’re doing this audit. The Arizona State Senate has the authority to subpoena county records because in our constitutional government of the United States of America, we have two entities that have sovereignty. The national federal government and the state government.

They started the audit on April 23. Everything you see in the establishment media and Democrats since even before that has been nonstop criticism of the audit for spurious reasons. They don’t want the results to come out.

And you’ve got a little story to tell us about how far the Democrats and basically the highly partisan U.S. “Department of Justice.” I say that in quotes with Merrick Garland and Joe Biden. It’s the Department of Injustice as far as I can tell.

So tell us what’s going on there. Let’s put the big picture first. The Democrats’ number one thing is to be able to have mail-in ballots and be able to have ballot harvesting so that they can do voter fraud.

Leahy: Remember that 2005 bipartisan commission I talked about, it was headed up by Jimmy Carter, the Democratic President in 1977-1989, and by former Secretary of State James Baker in the George H.W. Bush administration. That bipartisan commission said, don’t do mail-in ballots because it’s prone to fraud.

Huey: That’s correct. Here in Tennessee, Secretary of State Tre Hargett has said, we’re not going to do any of that stuff. And our elections are pretty solid.

Huey: They’re pretty solid. So here’s the thing. You’ve got 19 states who have outlawed ballot harvesting, and you’ve got 28 states that allow it.

Huey: Ballot harvesting is not voter fraud, but it leads the voter fraud. Ballot harvesting, usually for the Democrats and the unions is a paid person, can get data of who their voters are and go to that door multiple times until they find the person at home.

Talk to them about getting their ballot. They hand them the ballot. They give them a voter guide as to who to fill out. And then they take that ballot from them and take it to the poll. Now, they can do this to 100, 500, a 1000 different homes.

If you’ve been to an apartment complex, people when they get their ballots by mail, if they do not want that ballot, they just leave it there. People can pick it up.

Leahy: It’s just prone to fraud all over the place.

Huey: Everywhere. I could go on and on about this. SB1 and HR1 is the first bill in Congress that the Democrats had that they thought they could have passed, which would have nationalized ballot harvesting. And basically, the Republicans could never win ever again.

The Supreme Court just a couple of months ago said Arizona has the right to outlaw ballot harvesting. Democrats lost a major, major court case that affects everything in the United States.

Leahy: And that’s a very important case. I wrote a story about it at a Breitbart, Brnovich, the attorney general, the Democratic National Committee. In that six to three decision, Justice Samuel Alito wrote the following.

He wrote that states have the right to limit fraud in their states and simply by limiting fraud according to their own rules, they are not violating Section Two of the Voting Rights Act, which is the entire basis of the Department of Justice’s attack on the state of Georgia.

Huey: You’re being too nice.

Leahy: I know. I’m being too nice.

Huey: Michael, what we have right now is a war on election integrity. Right now we have Merrick Garland, the attorney general, directing an army of ideological left-wing Democrats who have unlimited time, unlimited money, and unlimited resources.

They have an army of people going after to intimidate any state that questions the last election and that will try to put into place voter ID or anything to protect the ballots.

Leahy: Not just any state but any private individual who participates in that. You’ve got some stories on that.

Huey: I do. So what happened is about three weeks ago, the attorney general made the announcement that they were going to investigate the states like Arizona.

Leahy: By the way, mercifully, I don’t always say many things about Mitch McConnell, the current Senate minority leader. But when he was a majority leader and in the last year of the Obama administration, they nominated – when Justice Scalia passed away, they nominated Merrick Garland to be on the Supreme Court. And Mitch McConnell because he knows the rules and said, I’m not doing it. I’m not going to hold the hearing. Mercifully.

Leahy: Mercifully, instead we got Neil Gorsuch.

Huey: That’s exactly right. And going back to that Arizona decision that upheld the outlawing about harvesting, if Garland was on the Supreme Court, the Supreme Court would have decided against Arizona.

Leahy: So you know what would have happened? Let me tell you. See, if you see this is the case. So Garland would have voted against Arizona.

Leahy: That would have been five four before they announced the decision.

Leahy: You know what I’m going to say next.

Leahy: In their conferences, the Supreme Court Chief Justice John Roberts, because Crom was in here yesterday talking about a Kimberley Strassel article who said, basically, Justice Thomas, Chief Justice Thomas is fretting about Democrats attacked on the legitimacy of the court.

He’s making political decisions and has for some time since the 2012 NFIB Sebelius decision that allowed Congress to unconstitutionally pass Obamacare tax versus no tax. In that conference committee, old fretting Chief Justice Roberts would have flipped his vote.

Leahy: Do you agree with that?

Huey: I totally agree with that.

Leahy: So, by the way, thank you, Senator Mitch McConnell, thank you.

Huey: I can’t believe you are saying that.

Leahy: You give everyone their due.

Huey: – Everyone their due. But going back to Garland here he has unleashed an army against election integrity. It’s a war on these states and individuals. And here’s the thing in Arizona, they’re going to prove fraud. There are so many ballots that are questionable. So what they have done is they have written threatening a lawsuit, but not only a lawsuit, Michael, one year in jail.

And they had threatened a thousand dollar fines to the people who basically are like you and me. We don’t have lawyers to back us up and to intimidate them. And they’re saying, you are violating the Voters Rights Act and the Civil Rights Act and intimidating the voters by checking on the last election and ballot integrity. So the opinion of the Department of Justice is the stop the audits in Arizona, Georgia, any other state.

Leahy: This is Orwellian. War is peace, peace is war.

Huey: Authoritarian. I can’t believe it. And not only this, the individuals who are involved in the audit have received a letter from the Department of Justice.

Huey: Yes, Arizona. If you get a letter from an attorney, man, you get scared.

Leahy: What if it comes from the U.S. Department of Justice.

Huey: You’re doubly scared cause, you know, you can’t fight them.

Leahy: Well, you can, asterisk. Okay, what does it take to fight them?

Huey: And here’s what they’ve asked. Get this. This makes me so upset. I think it’s going to make you upset, Michael. They have written to them and saying, were you part of the January sixth insurrection? Were you at the capital? Are you part of any domestic terrorist groups? Are you affiliated with any voter fraud?

Leahy: When did you stop beating your wife? Are you a Communist? This is McCarthyism.

Huey: Yes. They’re asking for text, telephone numbers, voicemails, emails, and every correspondence from these individuals.

Leahy: It’s none of their business.

Leahy: They’re using this as an excuse.