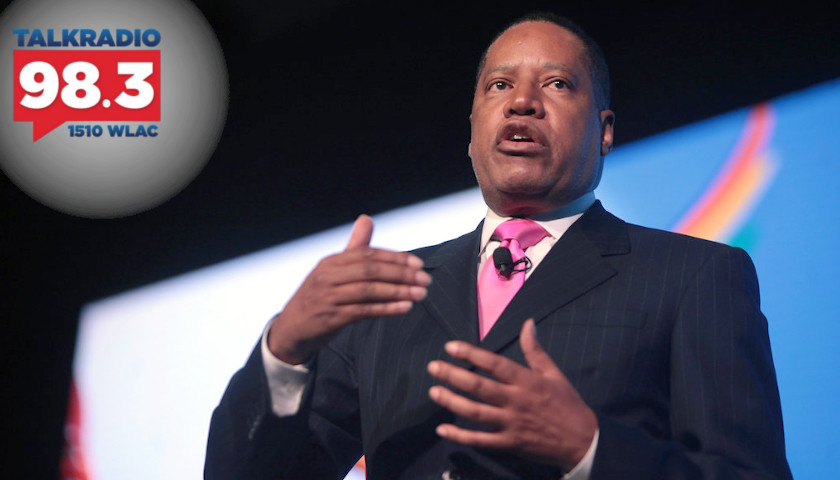 Leahy: It’s the seven o’clock hour Thursday, and that means it’s time for our newest all-star panelist, my good friend, my former boss at PJTV.

Simon: Good morning. I’ll always be a California refugee. (Laughter) Three years and I guess when it hits 10, believe me, Yeah. God willing. Will I no longer be a refugee?

Actually, that’s an interesting question, because the way people are in most places, if you’re not born there, essentially, and you weren’t really born here.

Leahy: I was not born in Tennessee.

Simon: You’re always kind of a refugee to somebody.

Leahy: Mark Pulliam, who’s our grassroots activist friend out of Maryville, writes a blog. And although I left California and moved to Tennessee in 1991 referred to myself as a California refugee. Look, if I’m a California refugee, Roger, after low these 30 years, I mean, you’ve only three. You got 27 to go. (Laughter)

Simon: I’ll never catch up. I know it. But speaking of California, we were talking during the break here about my friend Larry Elder now running for governor there in this recall election.

People should know if you don’t know it. The recall election briefly works this way, that there are two votes. You vote whether you want Newsom in or out.

Leahy: The current Democrat governor. The autocratic dictator. That guy.

Simon: Yes. Gavin Newsom with the French Laundry dinners. If you vote him out, then whoever is among the other people running, the leader then becomes the governor for the extent of the term that’s left.

Leahy: They don’t have to get a majority of the votes in that second vote, just whoever has the most.

Simon: Right. Now, as of now, shockingly within about – what – two weeks of announcing? Larry Elder, talk show host, author videographer, a whole bunch of things – A filmmaker, too, is in the lead and way eclipsing Caitlyn Jenner, who is making a lot of noise at the beginning.

Leahy: Caitlyn Jenner is a political dud, it seems. It appears. She’s four percent – he, she.

Simon: Well, the public knows it, so she’s out. And it’s, you know, who cares about that question? Let it go. But the real question is, can Larry do it? I’m an old buddy of Larry, sort of a buddy. I mean, we’re friends.

Leahy: You were neighbors?

Simon: Yes, because we lived in the Hollywood Hills.

Simon: 15 years ago, you had a right to be a little jealous. But recently, if you love the homeless, you live in Hollywood Hills.

Simon: It’s a nicer area right now. In fact, now, in the Hollywood Hills, the real big question is, can you walk your dog? Let’s go back to Larry.

Leahy: Your pal Larry. The sage of south-central.

Simon: Gavin Newsom was what my grandmother used to call the manor born. In other words, he’s a rich boy and an extremist. If Larry gets elected, he’ll be the first non-rich boy to be governor of California.

Leahy: Let me just take an old line from Ann Richards, the governor of Texas, who said this back in 1988 at the Democratic National Convention about George H.W. Bush: He was born on third base and thought he hit a triple.

Simon: Look, Jerry Brown was this Governor Moonbeam, who I also knew for a lot of very strange reasons. But Jerry was a smart guy in a way, a hippie in a way. But he was born rich. He was the son of the governor. Edmund Pat Brown.

Simon: Who was a better governor than Jerry.

Simon: Larry I think would be a great governor than any of them.

Leahy: Larry would be a great governor.

Simon: And he’s a true workaholic. I’ll tell a story. Do I have time?

Leahy: After the break, we’ll hear about the story about Larry Elder, the workaholic.