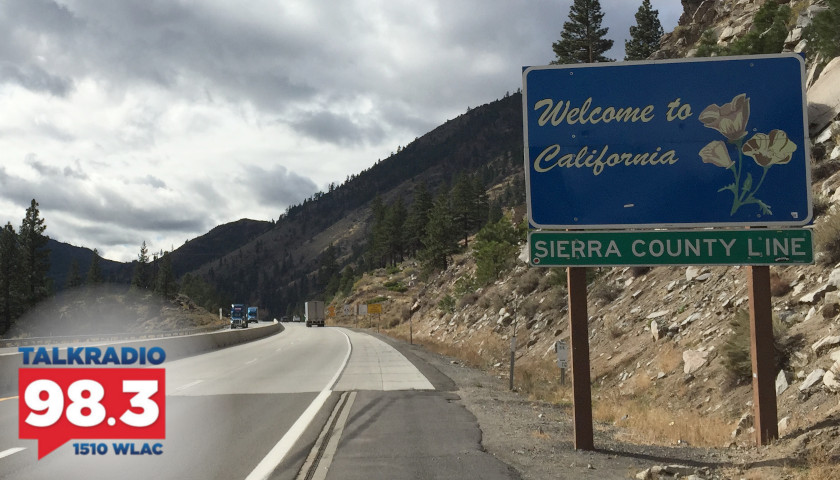 Back from California, Craig Huey Reports on the ‘Spirit of Fear’ in the Golden State

Live from Music Row Thursday morning on The Tennessee Star Report with Michael Patrick Leahy – broadcast on Nashville’s Talk Radio 98.3 and 1510 WLAC weekdays from 5:00 a.m. to 8:00 a.m. –  host Leahy welcomed creator of the Huey Report and direct mail expert, Craig Huey, in-studio to reflect on his recent trip to California citing a “spirit of fear” as citizens continue to wear masks and heavily fined ticketing for non-compliance.

Leahy: Craig Huey, our favorite new California refugee. Did you ever think you’d be in studio on Music Row talking about your new home in Tennessee?

Tennessee, I can’t remember ever coming to Tennessee to speak to a group. It’s never been on my radar until this move that we took.

Leahy: So here’s sort of my take on this. I think you’re a surfer as a kid. Grew up in the ’60s? A Beach boy kind of kid. Southern California.

Huey: My California house is right on the cliffs of the beach.

Leahy: There is a sunny disposition from people that grew up in California in the ’60s? It’s a positive can-do disposition, isn’t it?

Huey: When I was in college, this was back in the early ’70s and I tell you, I was able as an entrepreneur to make the decision not to become a teacher because I have a secondary education credential, but to be a business owner.

Leahy: It’s interesting you say Ronald Reagan because there’s that sunny disposition. There’s that optimism there’s that can-do attitude. The classic in many respects, California in the ’50s, ’60s, and the ’70s was the epitome of the American dream. Plus, the weather was great, right?

Leahy: So you went to California?

Huey: I had to go to California.

Leahy: You had to go behind the lines back to California. Tell us about that. By the way, you do look tan, rested, and ready. Did you go surfing?

Huey: I didn’t go surfing but we went down and got the California sunshine.

Leahy: You look like you got the sunshine. By the way, I just have to say this one of the times you were on, I got a call from one of our regular listeners and they said, you know, thank you so much for having that young man, Craig Huey on. (Huey laughs) I said, really? Oh, he sounds very young, although he’s got a lot of experience. He is a young man.

Huey: Young at heart. But I love that. It’s very encouraging. But here’s the thing, Michael. There is such a difference between being in Tennessee flying to California. You can tell the second you get off the airplane.

Leahy: So what’s the first sign that you’re behind enemy lines?

Huey: You see such fear in regards to the pandemic. The brainwashing that has gone on, the conditioning that has come on, the fear of kids looking at you if you’re not wearing a mask.

Leahy: Hold it.  Even now, after all of the vaccinations?

Leahy: If you’re not wearing a mask, kids look at you like your Darth Vader or something?

Huey: Probably 30 percent, 40 percent of the people are driving by themselves with a mask.

Leahy: Okay. How did so many people become so stupid?

Huey: If you listen to the local media and if you are on social media, the brainwashing that has gone on, I was talking to one driver, and he was telling me Dr. Fauci said, I needed to wear this and I’m going to do it. I said, well, Senator Dr. Rand Paul said this was political theater.

It was politics, not science. He said, well, I’m going to trust Dr. Fauci, not Dr. Paul. And there’s a moral superiority, Mike. They feel they’re protecting other people with a mask. And that if you don’t have that mask, you’re harming people.

Leahy: Did people give you a hard time for not wearing a mask?

Huey: I can’t believe how many people were saying you don’t have a mask on.

Leahy: Set the stage here. Where were you when this happened?

Huey: One place is walking along the beach.

Leahy: You’re walking outside along the beach?

Leahy: Just you? You and your wife?

Huey: My wife and I are walking along the Beach, and we have somebody come up and say, Be very careful. You don’t have your mask on. And down the road is the security. The city of Manhattan Beach hired private security people to go out and give $500 tickets to people who don’t have a mask on the beach.

Leahy: On the beach?

Huey: In the fresh air.

Leahy: I’m stunned at how stupid exactly these rules are.

Leahy: No wonder you left California.

Huey: It is so oppressive. There’s the spirit of fear. I was in a restaurant. My wife and I went to this Italian restaurant, and we walk in and they go, put on your mask, put on your mask because you’re going to walk 20 feet to sit down.

So we put on this mask and we sit down. And in some restaurants, they keep it on to the foods there and then keep pulling it up. But in this one, we had it on. We sat down and the waiter came up to us, and I said something like, we don’t have our masks.

You don’t need to wear your mask unless you want to. He says I have to wear my mask. I cannot stand wearing the mask. And I’m so mad at Governor Newsom because he said that on June 15, he extended the emergency orders to June 15.

And then he said, everybody who is at work and employee and of any company has to wear a mask. Even after June 15. He says I can’t stand wearing this mask. And you can’t see if people are smiling.

You can’t see if people are angry. It becomes a faceless society, and it is a political symbol of obedience to the state. I’m bowing down to it. I’m obeying false science, and I’m obeying the politician.

Huey: The whole thing with schools. And we have to be careful here in Tennessee. Most listeners can think back to when they were in school. It’s so much different today. My wife, who was 15 years a teacher in public schools and who specialized in special needs kids, says about 35 percent of all the teachers should be fired because they’re incompetent.

They don’t care. Beyond the incompetence is the fact that there’s political indoctrination going on that teachers now have, whether it’s math, science or history, are indoctrinating the kids. And it’s happening here in Tennessee as well as everywhere else in the U.S. And it’s finally come to light because of the Critical Race Theory.