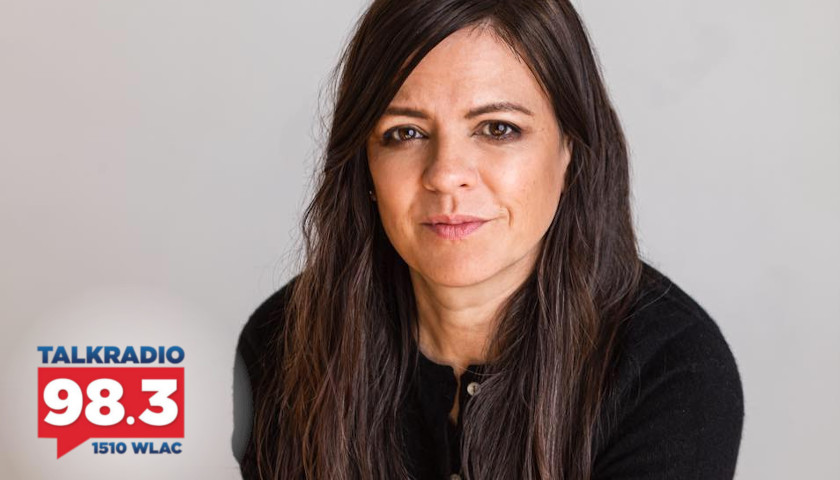 Live from Music Row Thursday morning on The Tennessee Star Report with Michael Patrick Leahy – broadcast on Nashville’s Talk Radio 98.3 and 1510 WLAC weekdays from 5:00 a.m. to 8:00 a.m. –  guest host Christina Botteri welcomed co-creator of the Theology of Home and author of the book Awake, Not Woke, Noelle Mering to the newsmakers line to outline the three elements of her book that define the woke culture and its infiltration into the church.

Botteri: Right now on the newsmakers line, I am so excited to introduce our next guest, Noelle Mering is a fellow at the Ethics and Policy Center. She’s the author of the book Awake, Not Woke: A Christian Response to the Cult of Progressive Ideology. Noel, thank you so much for joining us this morning on The Tennessee Star Report.

Mering: Nice to be here. Thank you for having me.

Botteri: Thank you. Tell us about your new book.

Mering: Yeah. So it’s published by TAN Books. It just came out a couple of weeks ago, and it’s really my research and interest in what’s happening with woke culture. And I treat it more or less like a religion.

So I go through its origins, its dogmas, and its methods of indoctrination, but then also the restoration, the way to restore the culture out of this situation. Yes, I’m really excited about it and eager to be talking more about it. It’s one of my favorite subjects. (Chuckles)

Botteri: (Laughs) Well, let’s get started. So what was the genesis of the idea to address this? Where did the idea for Awake, Not Woke come from?

Mering: I’ve always thought of been interested in the intersection of Christianity and politics and how that plays itself out. And obviously it’s a hot topic, and there are lots of differences.

The big topic I think I got really interested in the woke stuff in particular because I started writing articles about things that were happening in the culture and noticed a certain pattern that this movement that’s about social justice tends to be quite merciless and actually unjust ultimately.

But it really operates on confusion and sort of plays on a pre-Christian precept to walk alongside the marginalized and suffering, which is a true and good precept. But what I kept noticing is that it takes that and sort of manipulates that instinct and then brings something that not really just out of it.

And so that seems important and interesting to note and to try to figure out why the movement was acting this way.

Botteri: Wow. What did you find and what are the things that you discuss?

Mering: I go through the historical genealogy, which is a big topic, too, but rooted in Marxism and then neo-Freudism, and post-modernism. The central dogmas that I found to be driving this movement and uniting it are three fundamental distortions.

One places the group over the person to the point where the person is reduced for the sake of the group. And really there’s a lot of tribalism there. Secondly, it emphasizes the human will over our reason or nature.

So what we desire becomes the definition of who we are, even above and beyond what is rational or natural. Meaning, like natural law, an intelligible human nature is a bodily meaning.

We see this really acutely in the transgender movement, for example. And thirdly, it emphasizes human power over authority. It really defines any hierarchical structure to be oppressive, even the structure of a supernatural hierarchy.

And God himself ultimately finds to be the target of this movement, because there are three things that are reduced. And those three distortions are the person’s reason and authority.

And the woke which is ultimately three characters, just the logos meaning the mind, the reason of God manifests in the person of Jesus Christ, who is the author and authority of all. And I do think that he is the ultimate target of this movement.

Botteri: Something that I’ve seen over the course of several years now, but it seems to be sort of snowballing is a social justice movement in the church. And as a Methodist, I’ve had a tough time for a long time reconciling their pacifist stance – and that’s a discussion for another day.

But we see a lot of progressive tenants being expressed in the church right now, especially in Catholicism. If you follow the Pope at all, he’s basically a South American-Marxist.

Mering: That’s a great question. The two primary targets of Karl Marx were the church and the family. Christianity and the family. And I think that there’s been a lot of inroads because Christians are swimming in the same waters as the regular culture.

So one of the main goals was to really break down the sexual morals of the culture. First and foremost, you’re attacking the father by making him unfaithful and by encouraging him to be licentious and follow sexual passions.

And then this turns women in, makes women distrustful because obviously family stability and cultural stability rely on the family unit. And it also makes children rebellious because a father is really kind of an icon of authority.

We see it in his deeper voice and his broader shoulders and his commanding stature. There really is an authority just imbued in men, and it sort of calls them to inspire something higher.

And if they don’t, then it really becomes abusive and just about human power when it’s not grounded in moral law. Once these things happen, social pathologies become rampant, and they’re in the church as well.

And I think we see that. Once our socials were wounded and hurt by all these social pathologies and the breakdown of the family, we become very susceptible to a replacement version of the Christian life and what virtue means.

And so all of a sudden we’ve gradually stripped at this narrative meaning of the family life, and the faith has become watered down. And then here comes the work movement, introducing this new narrative where all you have to do to become good is to agree with the ideology to fight.

There’s this boogeyman out there of oppression. They see oppression in everything. Every interaction is built on oppression and power. That’s what the ideology is saying. So if you can just fight this boogeyman.

And the boogeyman is not always the boogeyman. That’s why it’s powerful. It’s real sometimes. There’s real racism. There can be real misogyny. There are real instances of these things.

But rather than taking them to be incidences that you can point out and identify and try again, it becomes this invisible, pervasive, controlling dynamic in society. And so I think Christians have really been duped in a lot of ways into thinking that this is what the new way to become virtuous is.

It’s just to become woke. And all of the other normal traditional channels of virtue have been seen as being oppressive or judgmental or these sorts of things like old-fashioned. I think it really starts with a loss of human virtue and then becomes prey to tyrannical ideology in that way.

And you can read about this at the Tennessee Star with our Constitution series. And the three elements are faith, virtue, and freedom. Liberty cannot exist without those three elements there.

And so the question is, can we have liberty without faith or virtue? What do you say, Noelle?

Mering: No, it’s extraordinarily difficult. And this is one of the ways that you lose your liberty is by losing your virtue. Alexis de Tocqueville said that America is great only so long as she is good. And once we lose our moral goodness moral compass, then we can’t control ourselves from interiorly, we have to be controlled externally.

Botteri: That’s a lot to think about.