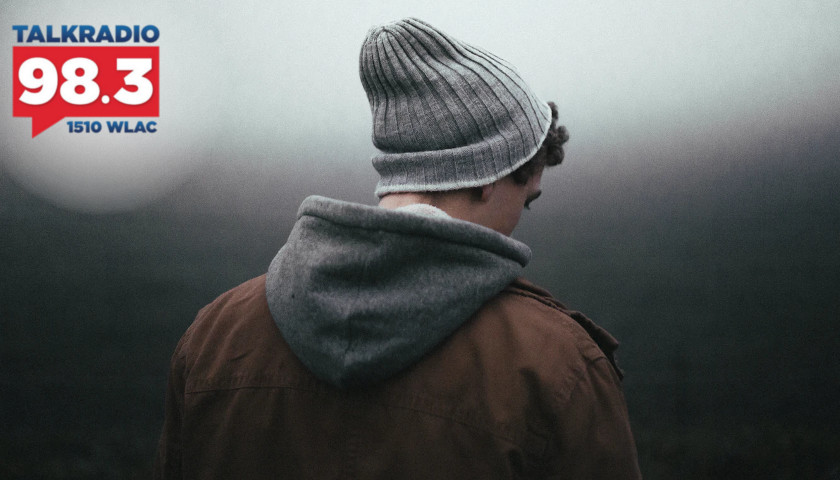 Live from Music Row Thursday morning on The Tennessee Star Report with Michael Patrick Leahy – broadcast on Nashville’s Talk Radio 98.3 and 1510 WLAC weekdays from 5:00 a.m. to 8:00 a.m. –  host Leahy welcomed Professor Peter Gray of Boston College and author of Free to Learn to the newsmakers line to outline the several factors that occur by limiting playtime for children that lead to depression and anxiety as well as a decline in creativity.

Leahy: We are joined now by Professor Peter Gray of Boston College, author of Free to Learn: Why Unleashing the Instinct to Play Will Make Our Children Happier, More Self-Reliant, and Better Students for Life. Good morning, Professor Gray.

Leahy: Well, I feel like I know you because every time I turn around, somebody’s talking about your work. Lenore Skenazy, we interviewed her. The Free Range Kids Mom. She was a guest on our program. Then yesterday, the President and CEO of Bridgeway Academy, Jessica Parnell was on. She kept talking about Dr. Peter Gray. Dr. Peter Gray. I feel like I know you, Dr. Gray.

Gray: Well, nice to meet you.

Leahy: Well, we have a couple of things in common. You grew up in small towns in Minnesota, in Wisconsin. You went around and you hung outside, you played sports, you hunted and fished. Apparently, you were a big fishing enthusiast. I grew up in little towns in upstate New York, and I played sports all the time. I was out and about it was a great way to grow up. I think your argument is, let’s let kids do that kind of thing again.

Gray: Yeah. And in fact, if you look worldwide and you look throughout history that’s normal childhood. Children are really designed to be out playing with other kids, spending enormous amounts of time initiating their own activities, learning how to solve their own problems, learning how to get along with peers without adults always intervening, and doing things for them.

I’ve talked to enough anthropologists who studied children and other cultures and people who are aware of how children grew up in past times, and I think it’s quite reasonable to say that there has never been a time or place in history where children are less free then our children are today, with the exception, of course, of times and places of childhood slavery and working in sweatshops or coal mines. That kind of thing, which was a terrible period. But normal childhood is the kind of childhood that you just described. We are not allowing children to have a normal childhood today.

Leahy: How much harm is it doing to this current generation of children? Well, you know, one way that I’ve looked at that we have seen this decline in childhood freedom over the course of my lifetime. I’m 77 years old, so I’ve been around for a while. And historians have documented, this is not just my memory, that over this period of time from about the 1950s or early 1960s until today, there has been a continuous decline in children’s freedom to just go out and play and play with other children without adults telling them what to do. So it’s really an enormous decline. There’s almost no comparison between the amount of freedom that children had in the 1960s and the lack of freedom that they have today. And it’s been a continuous decline.

It’s not that it all occurred suddenly, although there was a kind of more precipitous drop around the 1980s and 1990s than there had been earlier. Over the same period of time, researchers have documented huge increases in all sorts of mental disorders of childhood and children and young adults. So, for example, there’s a clinical questionnaire that’s been given to normative groups of teenagers over the decades without changing the way, the form has been the same overall this period that assesses depression.

A similar change for anxiety and what would be regarded today as a generalized anxiety disorder. The suicide rate among school-age children is now six times what it was in the 1950s. There is also a well-documented decline in creativity among children. I could explain that if your readers are interested.

Leahy: Let me just stop there. That is very important because I look at kids right now, and I think because they’re in such controlled environments and have such a lack of freedom, they don’t develop confidence in their ability to solve problems. They don’t develop self-reliance and they become dependent. And that again, I’m a layman to me that looks like the problem. But let’s talk even more about this decline and creativity.

Gray: Well, let me first reinforce what you just said. In fact, that’s a very good hypothesis, what you just suggested. Let me give some evidence for it. There’s another clinical questionnaire called the Internal-External Locus of Control Scale, and this also has been given to normative groups of school-aged children and it showed a continuous decline since this scale was developed in the 1960s.

A continuous decline among young people in what’s called an internal locus of control. Now, what an internal locus of control means is that you feel that you are in control of your own fate. You feel that you can solve your own problems, that you’re not a victim of circumstance, powerful other people, and so on and so forth. Of course, the reality is we’re all kind of in the middle of this. We’re all to some degree, we don’t have total control.

But it turns out that the more you have a sense of being in control, the more you indeed take control. And what clinical psychology failed repeatedly is if you don’t have an internal locus of control that sets you up for anxiety and depression. The world is a very scary world if you don’t think you can solve problems that occur. If you think something can happen at any time and there’s nothing you can do about it.

So I think that’s one of the reasons for the change. And then there are some other very obvious reasons for the change. I mean, take away play. What is life without play for a childhood? That’s pretty depressing, right? And instead of allowing them to play, you put them in ever more kinds of activities where they’re being judged and evaluated and micro-managed by adults. And that’s a pretty anxiety-provoking situation.

You’re always being judged. You’re always being how are you doing compared to other people. The school has become more and more pressured activities outside of school that are just going out and playing you’re on some kind of a sports team. Where do you make the team or not? When the trophy or not. Life has become very anxiety-provoking and pressured for children. So concerning creativity, believe it or not, I didn’t believe it at first, but I’ve looked into the research enough that now I do.

There is a standard way of assessing creativity in school-age children and it is called Torrence’s Test of Creative Thinking. It turns out that scores on this test are the best predictors we have for future creative production as an adult, people who score high on this test when they are children are more likely to do things like found new companies, invent new products, create interesting artistic work.

I mean, the whole range of contributions to the culture that we think of as creative you’re far more likely to do that as an adult. As a kid, you scored high on this test it’s a better predictor than IQ. It’s a way better predictor of the grades in school, which are hardly predictors at all. Now, it turns out that at least since 1984 scores on this test have been going down at every grade level.

Down sufficiently that the average score today, actually, I should say the average score 10 years ago, because that’s the most recent date for which I have data. The average score around 2012 was where the 15th percentile would have been in 1984. So, in other words, 85 percent of kids in 1984, were scoring higher on this test on creativity than the average kid today.

Again, doesn’t surprise me. Self-directed play is the most creative thing that anybody does. If you take the play away from people and you also change school. So it’s all about drilling for cats and all those creative things that people used to do in school that are oftentimes not graded, but just part of the school culture in the past, taken away, it should be no surprise that kids are growing up less creative.