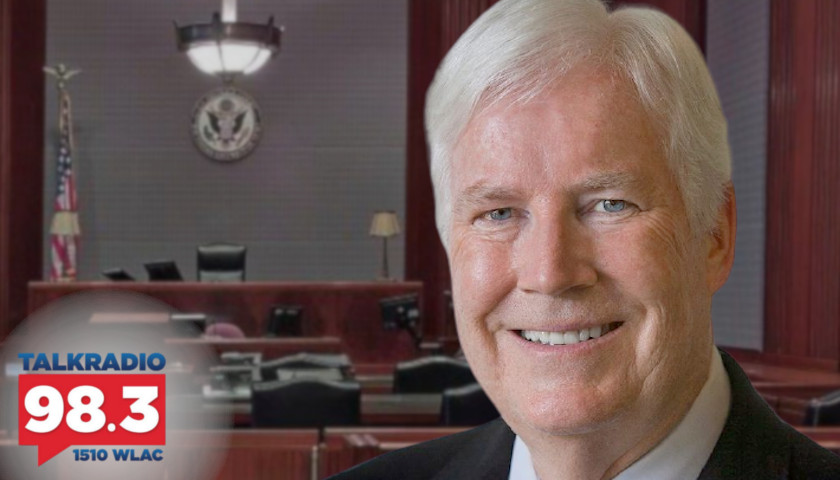 Live from Music Row Tuesday morning on The Tennessee Star Report with Michael Patrick Leahy – broadcast on Nashville’s Talk Radio 98.3 and 1510 WLAC weekdays from 5:00 a.m. to 8:00 a.m. –  host Leahy welcomed creator of the Huey Report and direct mail expert, Craig Huey, in-studio to discuss the demonizing messaging professionals of the left and offers advice on how conservatives and Republicans should push back.

Leahy: That’s former President George W. Bush playing the messaging game against constitutional conservatism. Unbelievable that he smeared Trump supporters and people who love America that way. You notice how they use the messaging. They threw this false claim that there’s an Anglosaxon caucus going about. This was Steve Hayes a Never Trumper. Right, Craig?

Leahy: But it’s messaging. And what they’re trying to do is they’re trying to demonize people. George W. Bush, right there. Former president of the United States. A Republican was demonizing the Republican Party because he’s claiming it’s all for exclusive, “White, Anglo-Saxon Protestantism.” This is so outrageous! But this outrageous example is exactly the kind of thing that the left is doing. And they’re messaging to demonize opponents of things like critical race theory.

Huey: Absolutely Michael. The fact is it’s kind of reverse racism. It’s terrible, but they’ve got it down. If you speak up, they want to silence you. If you try to stop what they’re doing, they want to as you say, demonize you. They’ll call you a racist. They’ll say you’re too extreme. They’ll marginalize you in a way that is taking a small element of truth and distorting it into a lie.

Leahy: Conflating it into a lie. That’s what the Never Trumper Steve Hayes did. And that’s what George W. Bush advanced. Unbelievable.

Leahy: It’s here in Middle Tennessee, of course. In Williamson County it’s this group, Williamson Strong, that got a bunch of lefties elected to the school board. Now in South Lake, Texas, the Carroll Independent School District, where they just rejected critical race theory. They elected anti-critical race theory candidates to the school board. Let me just read this from Joy Pullman’s article at The Federalist.

Last week, a “progressive group sent a postcard to every household in the Carroll Independent School District in Texas, (Inaudible talk) in advance of a May first school board election that becomes a referendum on critical race theory in Southlake schools. It names local residents who are part of this political action committee opposing critical race theory and even outed one or two neighbors for a past criminal conviction, all for exercising their right to freely participate in the public process.”

I’ve got a copy of this postcard. It says why follow these clowns anywhere? Then it’s got one guy with a little bubble. I send my kids to private schools. Another, I don’t have kids in the school district either. Then another woman, look, mommy, I sue schools. That’s for one of the candidates. And then, I’ve been convicted of federal bank fraud. And then at the bottom, they say, Southlake fami-lies pac leaders. Demonization, demonization. That’s what the organized left does.

Huey: Michael, it can be done in Williamson County. It can be done in Davidson County. It can be done anywhere in Tennessee because that’s what they’re trained to do. If indeed, you were running for Congress or some other race, you’d be getting the same type of attacks. Taxpayers on the local level don’t expect this yet it’s so organized between the political left and the teachers’ union colluding with one another to create organized opposition to any pushback, organized opposition to any type of attack on what they’re doing. And to make sure that they control the school boards. They know how to control the school boards because they know how to organize messages and be able to make sure they get out the vote.

Leahy: Here’s what Joy Pullman says in her article about this at The Federalist. “Smearing, and doxing private citizens to suppress their participation in public affairs is a social dynamic beginning to permeate American life.”

Huey: Oh, yeah. And that’s a common thing. So just think about the teachers union. They go through a training of how to do this. Those who are on the organized left are trained on how to demonize their opponents. They’re trained on how to scare people into silence so they don’t stand up. They try to do what’s necessary to avoid, for example, if you have a candidate who would be a great candidate running for an office for the school board, they’re going to be afraid. They’re going to think twice before they run because they know how they’re going to be attacked.

Leahy: Now, there are people in our listing audience, particularly in Williamson County and Davidson County, to some extent, Rutherford in Wilson County who are looking at what’s going on in their schools.

Leahy: And they’re saying this, “cultural awareness training” is really just cover for critical race theory and it’s going to hurt our children.

Leahy: We want to stop it. Now the problem is that I see, Craig, they are not particularly well organized or well-financed.

Leahy: What advice do you have to our listeners who want to push back against critical race theory in their local schools?

Huey: What they need to do is organize as they did in Texas. They have a group of people who are going to support and come together to be able to transform their community and mobilize to get out the vote. The first thing you have to do is start collecting data on who your supporters are. That means you have a petition and you need to make sure people in your community are signing the petition.

And then you make sure that they are actually registered to vote. Then you’ll find 40 to 50 percent of the people who aren’t registered to vote who signed the petition. So you get them registered, and then you make sure that they get that ballot turned in. That’s what the left does. But you know what? Republicans, Conservatives, and normal people running for office, they don’t do that. They’re living as if it was 30, 40 years ago.

You’re up against organized opposition. You’ve got to do that if you’re going to win. But, Michael, there’s one other thing. Not only are you collecting the data but you’re getting them registered and getting out the vote. But also you’re organizing people how to go door to door and finding who are your supporters. Finding who you can make sure get to the poll.

And then on election day, you’ve got a plan to be able to mobilize all these people and make sure that they actually do vote. That’s what the left does. The teachers’ union trains people on how to get the data, get people out to vote, and then how to be sure to have the proper messaging. All these are things that anyone listening to right now can be part of in their community to turn their school board around.

Leahy: In Williamson County, there are 12 school board members elected from districts. They’re elected to four-year terms. Half of them are elected every two years. Six of them are up in 2022.

Leahy: That would be a very good opportunity for organizing. We’ll talk about that a little bit more when we come back.