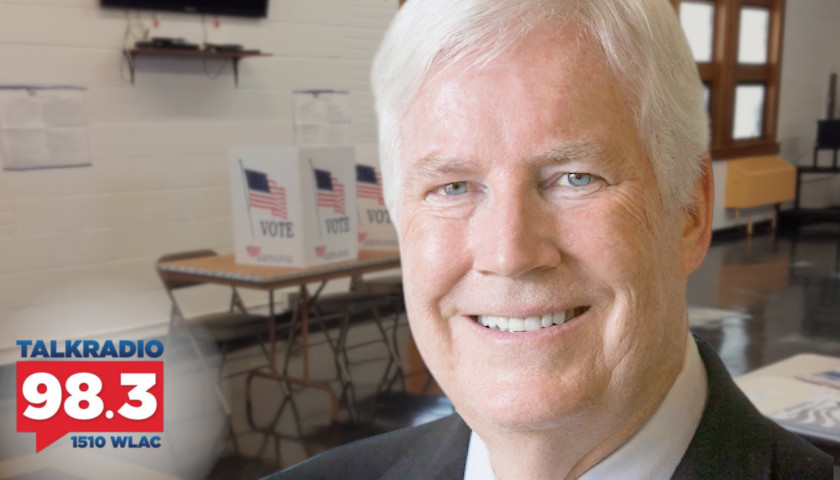 Elections on the Horizon: Tennessee Voter Guide Creator Craig Huey Explains How to Use It, and Highlights Top Picks

Live from Music Row Tuesday morning on The Tennessee Star Report with Michael Patrick Leahy – broadcast on Nashville’s Talk Radio 98.3 and 1510 WLAC weekdays from 5:00 a.m. to 8:00 a.m. – host Leahy welcomed California refugee and the creator of tennvoterguide.com, Craig Huey, in-studio to explain how the guide works and give his top picks for candidates in the even-numbered districts running for election.

Leahy: We are delighted to welcome to our microphones our very good friend, Mr. Craig Huey, who is the author of The Tennessee Voter Guide. Good morning, Craig.

Leahy: And it’s always a delight because you always bring a lot of verve and energy. You like that?

Huey: And for an election, you’ve got to have it because this election is really important.

Leahy: Now, you and I both live in Williamson County, and we’ve decided that the best way to do this is to take some time and talk about very specific elements. And so in this segment and in the next segment, you’re in-studio to talk about, I guess it’s what, six school board races?

Leahy: In Williamson County. There are 12 school board districts, 12 board members representing 12 districts. And this year is the event, districts 2,4,6,8 and 10 and 12, where there are elections in two years, it will be the odd districts elected to four-year terms.

You’re going to go through each of these districts and you’re going to talk about who you endorse. Tell us about the Tennessee Voter Guide and the process by which you identify candidates.

Huey: So the Tennessee Voter Guide is something to help people have an understanding of how to vote for, not against, their values. Michael, people got in the mail their ballot information. They get five, six different sheets that are just filled with candidates. Who are these people?

They look around and they see lawn signs everywhere. You can’t vote based upon lawn signs. You get these direct mail pieces that are hit pieces and nasty, dirty little pieces. How can you tell who these candidates really are?

Leahy: This guy beats his mother.

Huey: That’s mild. And so here’s the thing. How do you tell who’s a good candidate? Judges really hide behind this judicial concept that you don’t even tell people who they are and what they believe.

And yet the judiciary is out of control, legislating from the bench. And we’ve got these judicial activists right here in Tennessee, and we have people in Tennessee that are Republicans in name only.

Leahy: It’s very confusing. Now we both live in Williamson County. I think you got a sample ballot. It’s confusing.

Huey: It’s so confusing. It is terrible. You get this sheet trying to talk about early voting. Unless you know what they’re talking about, you can’t interpret it.

Leahy: So you are here to enlighten our listening audience.

Leahy: Tennvoterguide.com. Now you can click on Williamson County. And when we come back, we’ll go through these 12 races. I actually live in the 2nd district, and I see that you’ve got – we’ll talk about who you’re recommending.

Leahy: In this race. Speaking of, the incumbent Republican is Dan Cash.

Leahy: And when we come back, we’ll talk about the race between Dan Cash and Tiffany Echols, an Independent.

Leahy: And I want to see who you’re endorsing in that way because my vote will be informed by your recommendation.

Huey: You’ve got to vote your values.