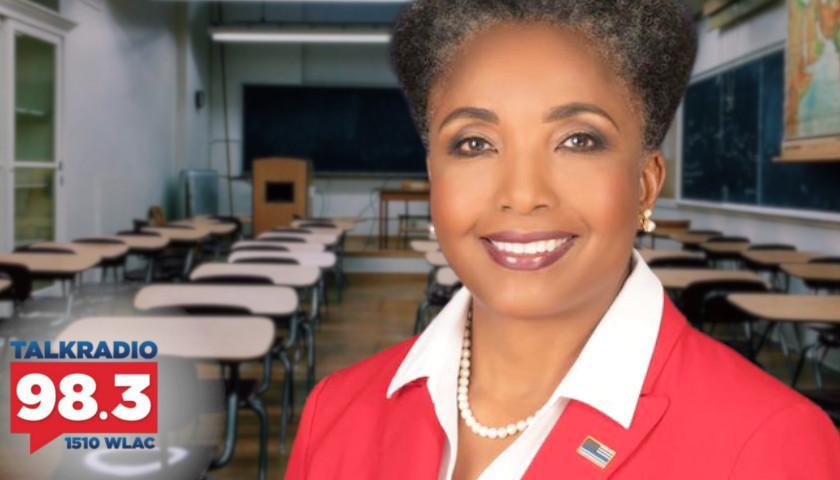 Carol Swain on Teacher Union Greed, DEI, and the Suffering of America’s Students

Leahy: In studio with us, our very good friend, all-star panelist Carol Swain. Carol, there you go again. You wrote a piece at Fox News about education. I love the headline. Some people didn’t like it so much. This was published on Monday.

Here’s the headline: Teachers’ Unions Locked Kids out of Schools to Get More of Your Money, Not for Safety. Subtitle: Teachers’ Unions and Democrats Want to Perpetuate COVID Pandemic Forever. Carol, what kind of reaction have you gotten to that op-ed?

Swain: People who are supporters of teachers’ unions, don’t like it very much, but our children suffered tremendously. In fact, the 8th grade and math scores dropped eight points nationwide, and it varied by state.

But they have projected that these students will have a $70,000 lifetime loss in earnings and that the states where the affected children are, their economies will be affected, and that some of them will never recover.

Leahy: That’s the point, isn’t it? If you aren’t able by a certain age, and I think here the retention law here in Tennessee says third grade, I think that’s probably where you start running into very serious damage going forward in terms of your sense and simply your capability to reach a certain ceiling of intellectual thought.

If you can’t read and write by third grade, for instance, you’re just never going to get to the level that you need to be to be your most effective thinker and doer.

Swain: The disgrace is that the teachers’ unions did not rely on science. They pressed for more and more money. They got billions of dollars, supposedly for safety. They used it for DEI, they used it for salaries, and they used it for all kinds of things that had nothing to do with education.

And when experts were saying that children, their probability of catching COVID or spreading COVID were just minuscule, they still demanded that the schools be closed.

And so our children suffered not because of the science or the risk of COVID but because they had an agenda that had nothing to do with the children. It was a political agenda, not an educational agenda.

Leahy: Interestingly enough, there was an undercover video just released yesterday by Accuracy in Media. We covered it at our The Ohio Star news site. It was about a school system in Columbus, Ohio. And they got the executive director of Diversity, Equity, and Inclusion, who knew that that was an important job in a school, but that’s what they have in Upper Arlington, Ohio.

The state legislature there said you’re not going to teach critical race theory. He basically undercover said, well, we’re going to teach whatever we want.

Swain: I mean, that’s what they do. And I guess yesterday in the early wee hours of the morning, I was on Fox and Friends First.

Leahy: By the way, when you say kind of with a smile, (Swain chuckles) I can relate to this, Carol, you say in the early wee hours of the morning. Just describe what time you have to get up and what time your hit is on Fox and Friends First.

Swain: My hit was 4:15 a.m., which means I have to be camera ready sitting in front of my computer. And so I had to get up at 3:30 am to get dressed and put on my makeup. I get dressed from the top-up Mike. (Leahy chuckles) Well, that’s enough about that.

But we talked about Governor Youngkin in Virginia. There were seven Fairfax County schools that withheld notification to kids that were National Merit Scholars that…

Leahy: They had, they won, and they get a scholarship.

Swain: So they were not able to have that honor and to be able to put it on the college applications.

Leahy: That will help your acceptance rate if you’re a National Merit Scholar.

Swain: And you can get hundreds of thousands of dollars in scholarship money as well. But the superintendent, who happens to be a black woman, I don’t remember her name, where she has this thing, equity. What was her quote? Basically, equity means everyone’s going to have the same outcome.

Even the kids that are just struggling, they’re going to have the same outcome. And one of the reasons why they didn’t report the scores is that they didn’t want to make the kids feel bad that had not been as successful. When they got caught, some of the administrators said, well, it was an error, but they did it two years in a row.

Leahy: It wasn’t an error, it was intentional.

Swain: And that school system paid $450,000 to a DEI person. And Michael, most of the DEI consultants and experts, for one thing, there’s not a real license, and there are majors of fields that end in studies.

We used to laugh and say, well, where were these people get a job? Well, they became your DEI officers, and they’re pulling down six-figure salaries. And it’s really taken away from education.

Leahy: To promote, really, things that are anti-American.

Swain: And here’s the thing, are they harmed the high achieving students without benefiting the ones that were less accomplished or less hard-working or had less ability.

And so no one benefited. And during my years of being a professor, National Merit Scholars have been people from different backgrounds, social classes, and as well as races, and ethnicity. So racial and ethnic minorities, certainly in Fairfax County, were disadvantaged along with white children.

Leahy: And to your point, in this undercover video in Columbus, Ohio that we have up at The Ohio Star and The Tennessee Star, the executive director there, Matthew Boaz, said the following quote there’s more than one way to skin a cat if you pass a bill banning critical race theory. But if you don’t cover programming and extracurricular activities, the message will get out there. Oops!

Swain: They know exactly what they are doing.