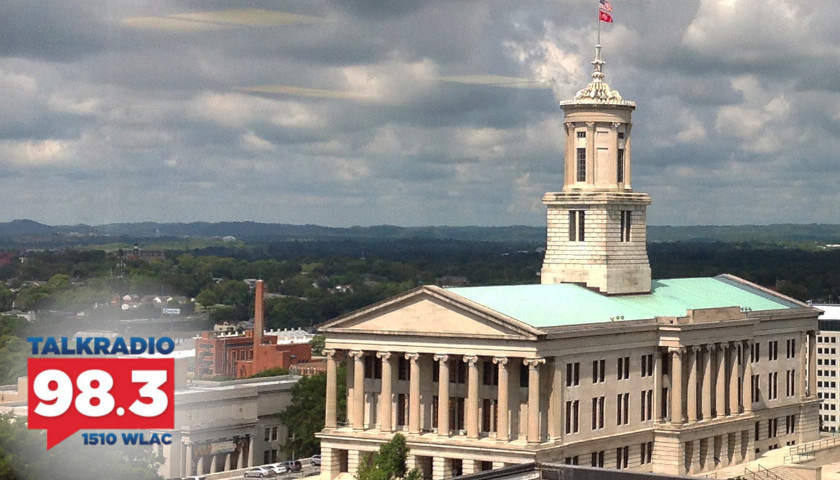 Live from Music Row Thursday morning on The Tennessee Star Report with Michael Patrick Leahy – broadcast on Nashville’s Talk Radio 98.3 and 1510 WLAC weekdays from 5:00 a.m. to 8:00 a.m. – host Leahy welcomed Deborah Fisher, the executive director of the Tennessee Coalition for Open Government to the studio to describe reports lacking transparency where clawbacks have not been redeemed after large corporations shut down.

Leahy: I am joined in studio by our friend Deb Fisher, who heads the Tennessee Coalition for Open Government. You were going to tell us about the results of all of these funds spent in secret agreements by the Economic Development Administration here to induce a large corporation to come to Tennessee.

Supposedly, if they don’t hit their employment objectives. There are “clawbacks” where they’re supposed to give us back the money. How’s that working out according to this report, Deb?

Fisher: This is the first report, and it was acquired by lawmakers to be presented to the fiscal committee. And I’ll give you just one example from it.

Service Master Global Holdings have received grants I found online on the ECD website of about $5.5 million, $385,000. repaid to each to ECD.

Leahy: Whoa, whoa, whoa. They got $5.5 million in grants with clawback provisions? Is that it?

Fisher: Yeah. The report is sketchy. So I don’t know how much of that was subject to the Clawback provisions, but they received a lot of money from the state.

And that’s the only one listed in this report where they actually did get the clawbacks. There are almost $11 million in clawback owed from previous years that have not been collected.

Leahy: So let’s talk about the not collected bit. And so we don’t have the details of these. These are all secretive deals. To me, you had up a transparency group, why should these deals be secret?

Fisher: Well, they shouldn’t be secret. The public needs to know the performance of ECD. If we’re going to give taxpayer dollars to companies to do things and they don’t do it, we need to know how it works out.

And we’re starting to get just a very small peek at what’s going on. And this has been because some lawmakers have passed laws forcing it, but we still don’t have a full picture. There was a good question yesterday about it.

Leahy: In the Tennessee General Assembly at a committee? House or Senate?

Fisher: House. Bobby Ross. He’s the economic development and asking, how is the performance gone before? And of course, he gives an example of something that’s gone really?

Fisher: But we don’t know the full picture.

Leahy: Why don’t we know that? Why shouldn’t we have accountability, complete detail of comparing every deal where Tennessee taxpayers gave millions of dollars to corporations compared to what they said they would do, what they actually did, how much they owed back in these, and how much they actually paid?

Fisher: I don’t know why we don’t. They don’t provide it. They make it hard to find. They have a lot of discretion to make things confidential. And they have.

Leahy: Let’s go to that. The clawbacks first, you said $11 million owed in clawback. Who owes the clawback that hasn’t given the money back? Are these companies that went broke?

Fisher: That information is not in the report.

Fisher: Yeah. It’s not clear how many jobs. So the report is pretty sketchy, but it is our first clue. Our first window into the fact that the state is trying to get money owed and hasn’t been able to.

I think these clawback provisions are super important to be put in the contract, but we just have to be realistic about them, and we need to see how they turn out. I mean, it’s not just the magic bullet to the deal.

Leahy: You said something else here about the discretion that some of these folks have, and it’s not just in grants for capital improvements or building buildings or other stuff. It’s for tax credits.

What’s the law on it? And tell us who the Tennessee state officials who have this discretion are? Do they exercise it on tax credits?

Fisher: Right. In statute, there are certain requirements you have to meet to get, say, a job tax credit or a capital investment tax credit, and it’s open to everybody. But if a business doesn’t meet those qualifications, it still can be awarded the credit if the revenue commissioner and the ECD commissioner decide that it’s in the best interest of the state to give that credit to that business.

However, our problem with that is that we don’t have to know who they have decided to give it to. And we think that’s a problem when you basically have two people who can make a decision to give millions and millions of dollars in a tax credit to a company, and that’s not public.

Leahy: And there’s no way to find that out?

Leahy: Who voted for that state law?

Fisher: This goes back.

Leahy: How far back does it go?

Fisher: These have been in state law for a while. I don’t know. But they add to it. They subtract from it every year. This year, they added one more of those discretionary tax credits.

Leahy: In the statute.

Fisher: In the statute. Usually, it’s targeted to a company that they want to give incentives to, but they don’t quite meet the qualifications laid out in the state law.

They applied to everybody else, and they want to just bend the rules, basically, for a particular company.

Leahy: Bend the rule. And I’m sure lobbyists have nothing to do with this. That was a little satire there. (Laughs)

Fisher: The state of the credit thinks it’s in the best interest of the state, so they think it’s going to help economic development. So I don’t want to discount that. We just think it should be transparent.

Now, you said it’s the director of economic development, Bob Rolfe. Whoever the revenue commissioner is, it’s a known thing. (Fisher chuckles) But they have a lot of power. A lot of discretion.

Is there any element Deb within the Tennessee General Assembly to limit those discretionary powers that give lots of money to these Fortune 500 companies and sometimes smaller companies?

Leahy: When you talk to legislators about transparency, what kind of feedback do you get if you say we need more transparency, do they say, oh, yeah. That’s great. Let somebody else do it. How do they respond?

They’re caught between a rock and a hard place because jobs are really important in communities. That’s why we have a whole state agency focused on it. The political angle there is you want the jobs? We got to keep these secrets.

Fisher: To some extent.

Leahy: I think that’s terrible. But that’s the way it is.

Fisher: Not everything is secret, but there are some pretty big holes in this.