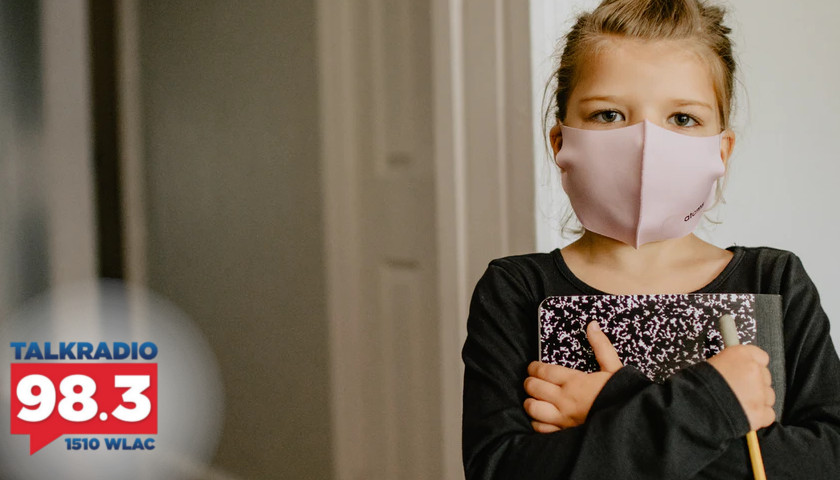 Live from Music Row Tuesday morning on The Tennessee Star Report with Michael Patrick Leahy – broadcast on Nashville’s Talk Radio 98.3 and 1510 WLAC weekdays from 5:00 a.m. to 8:00 a.m. –  guest host Ben Cunningham welcomed GOP chair for Davidson County Jim Garrett to the newsmaker line to discuss why they are pushing back now on Metro Nashville Public Schools’ attempt to mask mandate students again and how 2022 will be an interesting election year for the Fifth Congressional District of Davidson County.

Cunningham: Jim Garrett is the chair of the Davidson County Republican Party. Jim is on the line with us this morning. Jim, good morning.

Cunningham: We are doing great. Thanks so much for calling in this early. I’m telling you, it puts a new perspective on the world when you get up at 4:00 am in the morning. Actually, I got up at 3:15, so that really was a new perspective.

But thanks so much for calling in this morning, Jim. You guys have just sent a letter to the Metropolitan Nashville School system as the Republican Party of Davidson County. What did you say?

Garrett: We felt it was time that we stand up against this rhetoric that we hear coming from the left. Basically, we outlined that we were against masks and we would encourage the school system not to enforce a mask mandate. And we gave them five or six factual reasons to support our argument there.

I think the left that uses emotion, we like to use fact. And we use factual reasons and studies. And there are so many conflicting studies, you don’t know who to believe. And I think that’s by design on their part to keep us all confused so that their rhetoric seems to be dominant. And it should not be.

Cunningham: Why now? Why at the end of July, first of August – of course, school is about to start. But what motivated you to do this?

And because of that petition, and they’re advertising in The Tennessean, and they had 1,800 signatures. Because of that, we felt it was important for us to say something.

Henry: Jim, Grant, Henry, here with Americans for Prosperity. Have ya’ll received any kind of response yet? Good, bad, or otherwise to this letter you sent out?

Garrett: I am not aware of any response yet. The people who are monitoring this with us, our communications people told me that there’s not been any feedback. And I personally have not received any. Although I did, again, a call last week from a lady who was a school teacher.

And she kept talking about the Republican Party was so vile in her school by her students and how she didn’t introduce politics to the school. But yet she only let them listen and watch PBS and CNN television shows.

Cunningham: (Laughs) Oh, boy, that’s objectivity. Isn’t it? I’m telling you, it’s crazy. Well, thank you so much for stepping out. And even in a blue county like Davidson County, the Republican votes represent 40 percent plus of the electorate. So they should listen and they should respond, and they should give you some kind of feedback back on this thing.

Garrett: I think the Republicans, our members feel like if we don’t stay in that often, we probably don’t. Conservatives tend to be individualists. We let the individual make the decision like we think parents should be making the decision about masking in schools and not the school board. But they think we don’t say enough. And our executive committee felt it was time on this subject to stand up and shout out our opposition to it.

Henry: Jim, let me ask here as well. Yesterday, Speaker Cameron Sexton was quoted saying the following: “And I sure hope that a school system in this state after this data is released does not shut their schools. If they do, I’m going to ask the governor for legislation to allow these parents in those school districts to take their money through school choice and go to wherever they deem they need to go.”

Is that kind of message resonating with any of the state Republicans in Davidson County?

Garrett: I believe it is. Yes. We believe in the voucher system. It’s been battered back and forth in the General Assembly. I hear it from our members who – some who would like that and some who wouldn’t.

But I do hear it. And so I think we’re supporting that stance. I heard that yesterday and was surprised that he came out with a statement about what he did.

Cunningham: Jim, on another topic, just politics that we’re interested in and I’m sure the audience is interested in is you’re keeping up very closely with the redistricting process. Every 10 years when they do a new census, they have to come out and redraw the political districts.

And, of course, a lot of people are very interested in Davidson County, in the Fifth Congressional District, and what’s going to happen there and how the districts might be drawn. Give us just a quick timeline of how one of the major decision points in the future for that. And when will we know what the new districts will look like?

We have a meeting next week with Speaker Sexton to discuss redistricting specifically. And there’ll be another subject in their meeting with Speaker Sexton. But primarily the meeting is about redistricting. We are working on a map of where the Republican voters are in Davidson County, and we’ll have some ideas about what we would like to see.

We don’t need a major change. We just like to have some districts tweaked a little bit to pick up five or six points. And if we get a fair chance, I think we can pick up seats. But we don’t need a slam dunk in say a half a dozen districts or so. But we need some help here in Davidson County.

Cunningham: It is the enclave of Democrats that stay there year after year. I don’t know how long Jim Cooper has been there. Of course, Jim’s got a challenger from the left also this time, a pretty strong challenge. I think AOC has endorsed his challenger. So lots of things going on.

He’s got to worry about the challenger from the left first. But hopefully, we can have a competitive district where Republicans can have a shot. At least running a good, solid campaign and presenting a great alternative.

Garrett: I think Cooper’s been there – I’ve heard – 32 years, and he’s run basically unopposed for most of those, unfortunately. But yes, this year he seems to have a good shot at it. I would actually like to see Kelly win the primary for Starbuck because I think she would be a better opponent to run against than Cooper is.

She is so socialist and so much to the left, I think she would make a good opposite candidate. 2022 is going to be an interesting year. We have got two or three candidates right now that have announced running for that seat. There are going to be more that show up.

I’m sure that there’s one or two more. I’ve talked with them and they’re still in the decision process. So I think 2022 is going to be an interesting year for the U.S. Congress seat here in Davidson County.

Cunningham: And how do people get in touch with the Davidson County Republican Party?

Garrett: They can always get us through the gopnashville.org website. And there are buttons here for volunteering for contributing. But if you go to the volunteer button and put your name in, there is a place where you can ask questions. We get questions through there all the time.