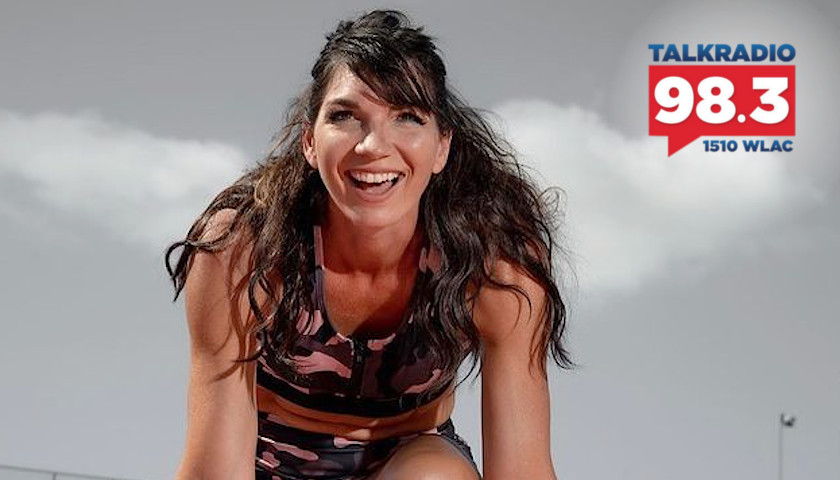 Live from Music Row, Wednesday morning on The Tennessee Star Report with Michael Patrick Leahy – broadcast on Nashville’s Talk Radio 98.3 and 1510 WLAC weekdays from 5:00 a.m. to 8:00 a.m. – guest host Cunningham welcomed 400-meter world champion and member of Team USA Cynthia Monteleone to the newsmaker line to describe her experience running against transgendered males and the media’s refusal to acknowledge the issue.

Cunningham: We do have a guest on the line this morning, Cynthia Monteleone. Cynthia, am I pronouncing that correctly?

Monteleone: That’s right on. That’s it.

Cunningham: All right. Well, great. Thanks so much for joining us this morning. We really do appreciate it. You have got a very interesting story about how you and it turns out your daughter has been put in competition against men, so-called transgendered men, and you both have had to run against them. Tell us a little bit about the history of that.

Monteleone: I am a 400-meter world champion masters track athlete. I run for Team USA.

Cunningham: Wow. That is a tough race.

Monteleone: It is right? At age 45, I’m actually running faster than I did in college and still faster than all the high school girls in the state of Hawaii. So that’s great.

Monteleone: Yeah. But it takes a lot of hard work and determination to get to that point, especially as we age. I’m constantly training, and my specialty is metabolic health. That’s my job. I’m a metabolic practitioner.

I tell people what to eat and what supplements to take for performance and things like that. There’s a lot we know that goes into a good performance.

Monteleone: In my 2018 world Championship in Malaga, Spain, I was running the 200 as well as the 400. And in my 200 heats, I had twice because they run rounds, I ran against this individual who I had researched because a good athlete researches their competition.

And I had discovered that they were openly a transgender athlete, male to female. Very large bone structure, large muscle mass. And so I started to raise questions as to the fairness of this issue and nobody wanted to talk about it.

It was kind of swept under the rug. I was actually told that for my own safety, perhaps I should keep my mouth shut, which did not sit well with me at all. And so, as you can see, three years later, I’m still not keeping my mouth shut. (Chuckles)

Cunningham: That is so strange. You see that so often where women bring up this issue and they’re met with almost anger at the fact that they would even bring it up. It’s just a weird kind of dynamic going on.

Monteleone: It is really really strange. And I was told that I was just being a sore loser and that’s why I was speaking up. And I said to that person, well, I’m sorry you didn’t get the memo, but I didn’t lose, actually. (Chuckles)

Cunningham: Great way to put it.

Just because this individual didn’t beat me doesn’t mean that it’s not an issue because with proper training, comparably gifted and trained athletes, the male athlete will always win. And so fast forward a year and a half. My daughter lines up for her very first high school race, which was last year.

Cunningham: It is happening. And thank you for having the courage to step out because it does take courage because you’re met with so much really angry opposition these days. It’s just amazing. This is not a rational discussion.

Typically, people are angry and they think that you’ve violated some kind of universal code. And it’s a very strange dynamic, and many people simply won’t speak up.

I had a meeting with the owner, and the first thing I said to him was, listen, I speak up for fairness in women’s sports. And if that’s going to be an issue, I’m not going to wear your clothes. And this individual was like, oh, no, he said, absolutely. Please do. We are behind you 100 percent.

So I am lucky that I choose sponsors, and they choose me because they support what I do and who I am and not something like a large company that would cancel an athlete for speaking up because come on, this is women’s rights. And I work with a coalition that even has Democrat feminist groups.

This is across the board. It’s not a partisan issue. I don’t know why the current administration is polarizing this issue and making it partisan because it’s a women’s rights issue. And that goes across both parties. My daughter and I had a great visit to the Senate and Congress last week. The Senate and the House.

Monteleone: We were able to meet with lawmakers and share our story. The Independent Women’s Forum hosted us and we met with all the different representatives. I mean, dozens. And I got to be the guest speaker for the Republican Study Committee luncheon, which was fantastic. And we were very warmly received.

We were told that they were going to keep fighting, keep fighting hard. And that one of the hang-ups was that even though they knew that their Democratic colleagues who were athletes themselves and have daughters and granddaughters that are athletes, that they personally feel the same way and that they are just strictly voting on party lines right now. And this is really an injustice.

Cunningham: And it is nice to hear that some of the feminist groups are taking up the cause. You would think this would be an absolutely natural issue for them to advocate for.

Monteleone: Yeah. There are several. Wolf is one of them. But, you know, they’re being silenced, just like we’re being silenced. The media will not report on this. We had one major publication decline our story, and then two days later come out and say, this is not happening. There are hardly any instances of this happening.

And when I talked to Congressman Steube from Florida, he said that their office gets several calls all the time. I can’t tell you exactly the number. But I would say in the hundreds of stories where these girls and these parents are reaching out and they’re saying, hey, my girl also had to race a biological male, blah, blah, blah or compete against. So he said, I confirmed that. You’re right. It is happening all the time and no one’s reporting on it.

Cunningham: And for me, that really is not an issue. The fact that it is happening at all is the issue. Whether the trend is up or down or whatever, the fact is, it shouldn’t be happening. And anyone with daughters that are out there training hard and trying to be good athletes, this has got to be an issue for them. Any parent, grandparent that’s involved with daughters and granddaughters.

Monteleone: Let’s talk about safe care for our girls. Not only for my daughter’s case, but it was also her first high school race. She trained really hard. She came in second. The person she raced was ahead of everyone by about 50 meters.

Cunnigham: You are kidding me? That much?

Monteleone: Yes. And my daughter had trained since she was 11. She was actually the one that got me inspired to run again at age 40 after 20 years of not running at all. (Chuckles) She’s been training for years for this high school debut race. And this individual she raced had only started trying track two weeks earlier and was not properly trained in the 400.

Cunningham: Cynthia, we really appreciate you joining us. We have got to run, unfortunately. Thank you so much for your courage and your bravery. Willing to step out. Where can people contact you or get more information?

Monteleone: Iwf.org. They have a petition they can sign and a video of our story.

Cunningham: Thank you so much. And we will follow that. And hopefully, you can come back on and report some progress

Cunningham: Thank you so much, Cindy, I appreciate you joining us this