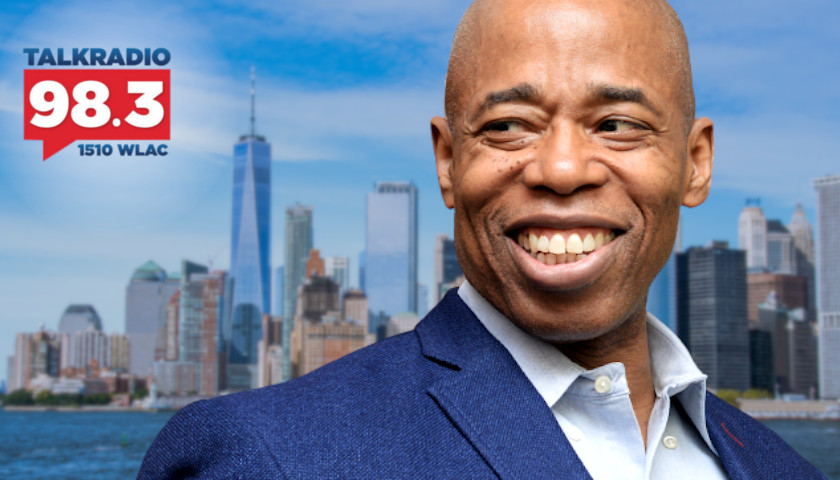 Live from Music Row Thursday morning on The Tennessee Star Report with Michael Patrick Leahy – broadcast on Nashville’s Talk Radio 98.3 and 1510 WLAC weekdays from 5:00 a.m. to 8:00 a.m. – host Leahy welcomed all-star panelist and senior editor-at-large at The Epoch Times, Roger Simon, in-studio who discussed his recent disappointing trip to New York City, the city’s future, and the race for mayor.

Leahy: We are joined in studio by the newest all-star panelist on The Tennessee Star Report. My former boss at PJTV. Academy Award-nominated screenwriter, novelist, great tennis player, and editor-at-large with The Epoch Times. Roger Simon. Good morning, Roger.

Simon: Good morning. I’m back from a dangerous zone.

Leahy: So, Roger, because you are an intrepid and courageous reporter, you went to a very, very dangerous local, and really, it’s on the edge of civilized society.

It’s a place called New York City, New York. (Simon sings Sinatra) You went there because out of just the importance of your mission to report to our audience what’s happening in the country today.

Thank you for your bravery. Tell us about what you discovered on your mission to New York City.

Simon: It’s the city of my birth, so it was a pretty sad adventure. What I did was, I went to an Epoch Times event that was being held in New York near their new offices. We are expanding.

But I stayed at a place called the Stewart Hotel, which is across the Street from Madison Square Garden, virtually. And it was sort of like visiting a Third World country.

It’s the first time I’ve been in New York since COVID. And most of the time, most years, I’d be there four times a year at least. And the feeling is at night, as you’re walking down the street with your head down and wish you had a hard hat.

It’s a really sad situation. And I’d like to be able to joke about it because I joke about most things. (Chuckles) But you can’t. This is the former capital of the world, really.

Leahy: The financial capital, media capital. And for a period of time, about a couple of years, the capital of the United States of America way back in 1789.

Simon: Right. But it’s none of the above right now. Well, they’re still fighting to be the financial capital, but it really shouldn’t be.

I don’t know how it’s ever going to come back to what it was. I don’t know. There are a lot of people there and there are people in the street, but they’re all wearing masks.

Simon: A lot of people.

Leahy: Oh my goodness. Now, Mayor Bill de Blasio mercifully is leaving office. They had a primary up there on the Democratic side after a lot of problems, shall we say, about what was an accurate vote and what was not.

It looks like the winner of the Democratic primary is the former police captain who’s a little bit of a lefty.

Simon: A little bit? He was a Farrakhan supporter.

Leahy: More than a little bit of a lefty. What’s his name? Eric Adams.

Simon: And he’s going to be running against the Republican, which is not a real election. Curtis Sliwa.

Simon: I’m told it’s pretty good – A good friend of mine who is working for him.

Simon: But it’s not a real election.

Simon: I mean, it’s a product of everything that’s happening in our culture, including the educational system, that you get a vote like that in New York City. Kind of like Nashville. No, not quite as bad. (Chuckles)

Leahy: Not quite bad. But now let’s talk about this. Are you optimistic or pessimistic that this very dangerous place where you were born and was beautiful when you were born there? Great city.

One of the greatest cities in the world. Now it’s a very dangerous place. What do you think the future holds for New York City?

Simon: Nothing good in the near future. It’s hard to say. The old Yogi Barra line: Predictions are dangerous, especially about the future. (Leahy laughs)

Leahy: But if you come to a fork in the road take it.

Simon: I remember New York in the 1950s when I was a kid. My friends and I used to get on the subway ourselves at the age of 11 to go to the Yankee games, sit in the bleachers for 65 cents, have a great time, and come back at 10 p.m.

Simon: And our parents wouldn’t say anything. Oh, your back! I can’t imagine it being like that now. I mean, it’s so different. It’s a different universe. And it’s not a better one.

Leahy: When is the general election between Eric Adams and Curtis Silwa? Is it August?

Simon: I guess so. Yeah, I think it is. That’s right. But it’s not an election.

Leahy: It’s a coronation of Eric Adams. When he is inaugurated as the new mayor of New York City, will New York City be better, worse, or about the same as under Bill DeBlasio?

Simon: Better. A little. He’s an ex-cop. He’ll support the NYPD a bit more because that’s one of the worst parts about it. You feel unsafe in Manhattan.

I wasn’t even in the outer boroughs. I didn’t have time. In the heart of Manhattan, you feel unsafe.

Leahy: Not a very ringing endorsement for the city of your birth.

Leahy: Not at all.