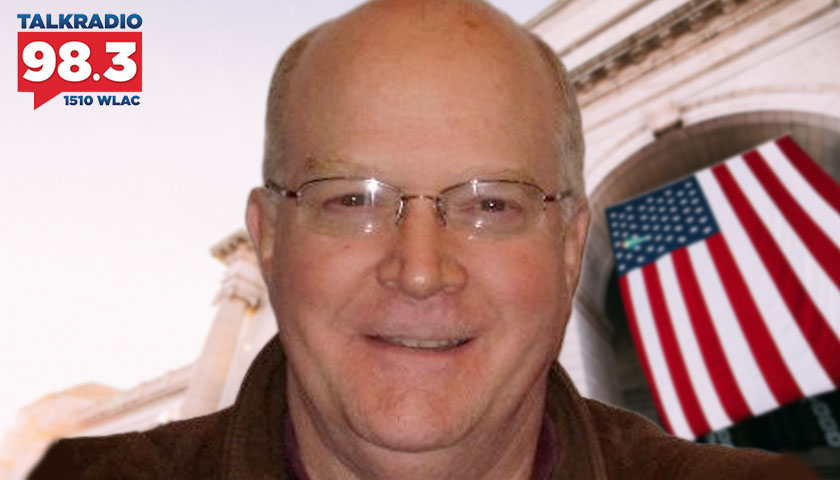 Live from Music Row Friday morning on The Tennessee Star Report with Michael Patrick Leahy – broadcast on Nashville’s Talk Radio 98.3 and 1510 WLAC weekdays from 5:00 a.m. to 8:00 a.m. – host Leahy welcomed the original all-star panelist Crom Carmichael to the studio to discuss how federal employees should be regulated to prevent an administrative abuse of power and in case of guilt should face jail time.

Leahy: We are joined in studio as we almost always are every Monday, Wednesday, and Friday Crom Carmichael. Crom, good morning Crom.

Leahy: Well, I understand that you found our conversation with the General Counsel for the Southeastern Legal Foundation of great interest.

But I’m not going to say it doesn’t happen with Republican administrations. I just can’t think of the issues. Officials at the EPA, these are human beings at the EPA, apparently did.

Leahy: Waters of the USA.

Carmichel: There was a bill passed in Congress.

Leahy: They promulgated a rule that twisted the law so that, in essence, the Environmental Protection Agency could come into anyone’s land and take it over if they had a creek on it, that they didn’t like the way that the water was flowing.

Carmichael: Right. And what did you say? Did you say a ranch or a farm?

Leahy: There was a particular case that had a guy who needed to put a pond up somewhere out West, and he did it. And the EPA went after him hammer and tong for about 10 years and almost destroyed him.

Leahy: In the promulgation of that rule.

Carmichael: Yes. We know, therefore, what they did was against the law. If an individual who’s not part of government breaks the law and by doing so, destroys somebody’s property, and in this case, almost broke the guy, which is a form of breaking their properties.

It’s like stealing money. That a person goes to jail. If a government official does it, they have protections. I think we need to change that. I think back to when Nifong prosecuted the Duke lacrosse player…

Leahy: The county attorney who basically has subsequently been disbarred.

Carmichael: Yes. But he should have gone to jail because he broke the law. And in so doing, he tried to put young men behind bars for 30 years. When a government official uses a position knowingly and breaks the law. And there’s no question that Nifong knew that he was withholding information.

Leahy: He was also jailed for a period of time.

Carmichael: Okay, that’s a good thing. How long was he in jail? And what was the charge?

Leahy: On September 7, 2007, after already have been disbarred, he served a wait for it one-day jail sentence.

That’s what should be the penalty. And an EPA official or a government official abuses their position and tries to destroy the life of somebody else and then loses, that person should go to prison.

Leahy: No, I don’t disagree with you. However, Crom, I think you would be at the forefront of new interpretations of administrative law if you did that.

Carmichael: Of course I am.

Carmichael: Because otherwise, it would be happening already.

Leahy: This would be very interesting, and I think it’s worth pursuing Crom. And I think you would get it and I’ll tell you who’s been writing about this. What you’re getting at is the abuse of the Administrative Procedures Act.

Leahy: Passed by Congress and 1950s. And there is it’s a funny last name, but I think you can get some support Crom from an academic Professor at wait for it…Columbia University. His funny last name, Philip Hamburger. He’s been writing about this for, like, 20 years.

Leahy: That is good. (Laughter)

Carmichael: But let me say this, Michael. One thing I love about you is it doesn’t take much to make you laugh, (Leahy laughs) so that makes me feel even better.

Leahy: But you’re funny. Our listeners come and tell me and say, that Crom is funny.

Carmichael: Well, thank you. I have a son who does everything he can to not laugh at any of my jokes. And he does a really good job. He just stares at me. But this goes to the point of Biden’s nominee for the ATF, David Chipman. I want to read this here. This article says that law-abiding ‘gun owners’ can potentially become violent, so further restrictions on all gun owners are necessary.

Leahy: This is ludicrous.

If he can’t go to Congress and get Congress to pass a law that says that law-abiding citizens can’t own guns and then get that upheld by the courts, then he has no business taking away people’s guns from law abiding citizens.

He has no business doing that. And it should be a criminal offense for him to do that. I’m not saying we need to pass a law to make it criminal. He ought to be arrested. If an ATF person came to Tennessee and tried to take away somebody’s gun in the state of Tennessee, the state of Tennessee should arrest that person.

Carmichael: Because what else can they steal? If they can steal my lawfully owned firearm can they steal my car because it has gasoline and because it’s an SUV? Can some administrative person decide that what I’m doing is destroying the planet on their own and then come in and steal my car?

Can they do that? Can they come in and tear down my house because they think my carbon footprint is too large? Can they do that? And these are questions that are legitimate questions because when you look at what the left has been advocating for 20 or 30 years ago, some of the things they advocated, I thought were ridiculous. Well, they’re here now.

No shrewd negotiator begins by making concessions. It’s smarter to appear implacable. So you want terms, make us an offer. In the meantime, we’ll be here blocking the freeways and setting things on fire.’

Now that’s what they do. Now, let me say this. The 9-11 January sixth thing, how much damage was done to the capital?

Leahy: Not a lot.

Carmichael: Not a lot. Was there a fire?

Carmichael: Was there anybody who was killed there by any of the so-called insurgents?

Leahy: Not by the insurgents?

Carmichael: No. Not one. Not one person by the so-called insurgents, by the so called. That’s why I said by the so-called insurgents. And so what you have here is you’re going to have this commission that essentially labels anybody who even supports the notion that Trump was cheated out of the election, is somehow a bad person, and might even have criminal sanctions imposed against them certainly should be canceled.

Certainly should be canceled. Should lose their job, blah, blah, blah. All of these different things. And so this is what I’m saying is. And this is how these people act. They act with impunity and they do whatever it is that they want to do, and they don’t negotiate. Well, the question is, are they, terrorists? Are people who act like that terrorists?

Leahy: We’ll talk about that when we get back.