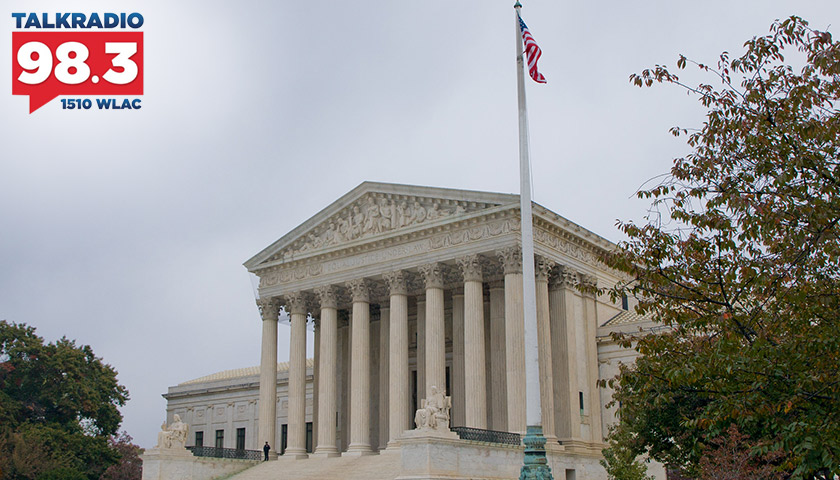 Leahy: In studio, our good friend Tim Pagliara author of Another Big Lie: How the Government Stole Billions From the American Dream of Homeownership and Got Caught. So, Tim, the Supreme Court is going to hand down its decision sometime in what, May, you think?

Pagliara: Typically, what happens you can count it down 84 days after oral argument, which would put the decision sometime in May. So they’re in the deliberation phase right now. They’re reconciling the different opinions that the judges have towards this. The more difficult the decision, the longer it takes. But sometime around the first of May.

Leahy: So 84 days, have you studied this? And you know that over the course of the past decade, it’s about 84 days from oral argument.

Pagliara: That is it’s the number that’s the number. You leave nothing to chance Tim. That’s very interesting. Let’s speculate now, do you think the oral argument was in December?

Leahy: So are they in that big room right now just deliberating or are they writing their own separate opinions on it? What’s the likelihood? We are at March 23 today?

Pagliara: My understanding is they go through a series of caucuses and depending upon how hot the issue is and how divided the court is, they will try and come together and reconcile. That’s how you get 5-4 opinions, 7-2. I think one of the most recent opinions was 8-1.

Leahy: And John Roberts being the only dissenter. Don’t even get me started on John Roberts. So based upon my read of how the more liberal members of the court weighed in on this, I would not be surprised at a 9-0 opinion, which would be incredible.

Leahy: In favor of the prentice.

Pagliara: Or 7-2 or something along those lines and on the two counts. I think the constitutional claim is a slam dunk, but I don’t think the plaintiffs are going to get backward relief. I think they’ll get forward relief.

Leahy: The backward relief, is that just a matter of just the scale of the amount of money involved, or is it the legal principle?

Pagliara: It’s both. But also it has rippling implications for a lot of other federal agencies where you have appointed and you’ve got acting directors, you’ve got different issues related, and typically the court will take an easier route out. And I don’t think they’ll address that difficult issue because it opens up a Pandora’s box. Now, for the same reason, I think they will come down with a very, very strong opinion on the APA claim and theft.

Leahy: The Administrative Procedures Act claims to be unconstitutional the way it’s being implemented.

Leahy: Usurps their authority. That’s a common phrase for the federal government, and they

Pagliara: I think there’ll be some teeth, because, as we were talking about in the previous segment, there’s not just one. This is not just one case. This is the one that hit the Supreme Court. There are other cases. For example, Judge Lamberth in the D.C. Circuit. He’s got a case that’s going to go to trial. And this is the one that will put a dagger through the Justice Department’s heart.

They filed a false AFFE affidavit in a lawsuit and they lied to a federal judge. They said that these companies were in a death spiral, and they had just been briefed by the chief financial officer and the outside auditor. It’s on the record. It’s indisputable that they were entering a golden age of profitability.

Leahy: See, here’s the thing, though, there was an FBI agent lawyer who filed the false affidavit with the FISA court got a slap on the wrist.

And when the case was remanded back to him, he was embarrassed because his ruling where he dismissed the case in 2014, he was a domino. People respected him for his opinion, and a lot of them just fell back on their good friend Royce Lamberth’s judicial prowess. So when they came back to him and he knew they had lied to him he had to set the stage for what the government was going to have to be tried for. The government has to answer in front of a jury whether they complied with the covenant of good faith and fair dealing that’s embedded in every contract.

Pagliara: They cannot win. And so the judge set the government up to fail. And he’s just sitting back, watching now. He’s intently curious as to who’s going to certify a trial record with a perjurious affidavit that they’re taking discovery. So they want to end this because it is not going to end well for them.

Leahy: On the Supreme Court case when they rendered their decisions are the attorneys and the plaintiffs like every day in May when they get up, do they file at 10 am in the morning and just hit the refresh button every day?

Leahy: Is that what happens?

Pagliara: That’s what happens. And I know all the attorneys. I’ve worked with every one of them. David Thompson, who did the oral argument, he and I’ve become good friends.

Leahy: He’s got a little blurb on your book that he talks about how this was the largest and most brazen expropriation of private property in the nation’s history. David Thompson, managing partner of Cooper and Kirk.

Leahy: It’s a very high-powered law firm. But all the clerks, the young associates are there hitting refresh. But every day in May, right?

Pagliara: It’s like waiting for your wife to have a baby.