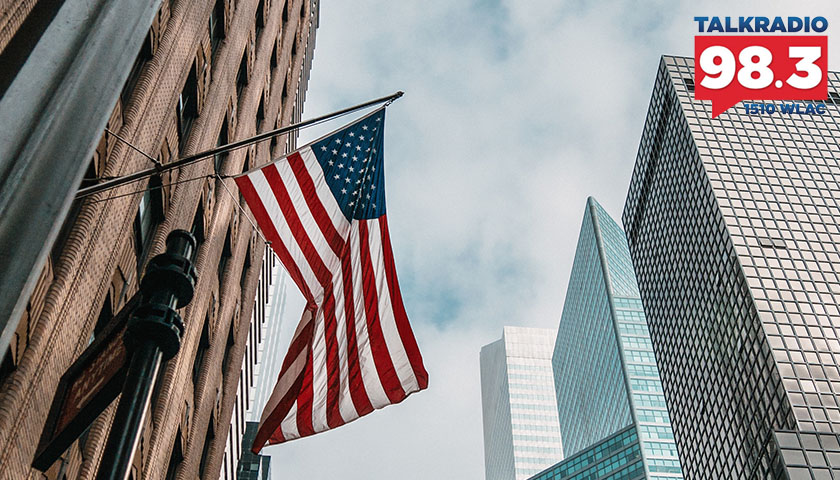 Live from Music Row Monday morning on The Tennessee Star Report with Michael Patrick Leahy – broadcast on Nashville’s Talk Radio 98.3 and 1510 WLAC weekdays from 5:00 a.m. to 8:00 a.m. – host Leahy welcomed Human Events magazine’s news editor Brent Hamachek to the newsmaker line to discuss the magazine’s mission, shifting from opinion to breaking news, and putting the USA on the right course.

Leahy: We are delighted to welcome to our microphones a good friend for many years now. He’s part of the rebirth of Human Events magazine, news editor for Human Events, Brent Hamachek. Good morning, Brent.

Hamachek: Good morning, Mike. If this were baseball, I would feel like I just got called up from the minors to the show. (Leahy laughs) Great to be on your broadcast and join you.

Leahy: We’ve been friends for some time and you have been really an outstanding writer and thinker about conservative issues. And I’m delighted to see how you’ve been part of really the rebirth of Human Events as a magazine.

It was former President Ronald Reagan’s favorite reading for years according to his biographer, Richard Reeves. The middle of the road RINOS who were on his staff tried to keep it away from him, but he always read it. Do you remember that?

Hamachek: That’s correct. It’s been interesting since we joined forces with Will Chamberlain just under a year ago now to start building a new side to what’s been an opinion publication for years. Everywhere we’ve traveled when we talked to the old guard in Washington who’s been around awhile, they all tell us that exact same story.

They’ll say we were there in the Reagan White House and the staff tried to keep it away from him and he would continue to find it and continue to say things to them, like, why can’t we do what they’re talking about in Human Events? So that’s the legacy that we inherit. We’ve got to be a little bit edgy, provocative, and original. So we’re trying to do those things and carry that legacy forward.

Leahy: On the web at Humanevents.com. I applaud you for moving from opinion towards breaking news with the combination of insightful opinions as well. It’s always been my philosophy that real hard news and numbers that are fact-based and move the needle.

And that opinion just doesn’t really move the needle anymore. Is that a little bit of what you’re thinking is, upon doing all this investigation and some of the great hires that you’ve had of late?

Hamachek: Yes. Speaking of great hires, we did make a great hire a couple of months ago. We brought Jack Posobiec from OANN. And Jack is everything that we had hoped he would be and then some, in terms of generating original breaking news stories and spreading the message to the public about what we’re doing.

But the news piece is critical in this culture right now. People want to very quickly be able to have a place to go to find out what’s going on. And they’ll only read, if you’re lucky, in about 300 words. They’ll go to multiple different sites to read those 300 words that they get on a variety of topics.

The trick with us, what we think is nice is that in behind, letting them go and get the quick news stories and things we think are important. Then they can go into the opinion side where they can get access to some really deep thinkers who are writing some really thoughtful pieces that go further than the news in the headlines.

Our hope is that we’ve kind of committed the Reese’s act of journalism here. And we’ve stuck peanut butter in the human events chocolate, and we’re making it a little bit bigger and better. (Leahy chuckles)

Leahy: That’s a very good, colorful way to describe it. I like that description. And I like the peanut butter and chocolate of Reese’s. We also upon occasion, when we run across a great story, I ask you for permission to republish it at The Tennessee Star and The Star News Network.

And one such story now, which you published a couple of days ago, is on our home page as we speak by the aforesaid Jack Posobiec. Headline: Lincoln Project Donors Silent on Underage Grooming Scandal of Founder John Weaver. Tell us about this story and how Jack found it.

Hamachek: In terms of how Jack found it, Jack is wired into a variety of different people and places and sources where he’s able to pick some things up that either isn’t on the radar screen at all of the public or on the screen, but so far at the bottom, people missed them.

So in other words, he’s able to really get deep into the stack because people direct him in that way. Before he even actually technically started to work for us and before his first day, he was the one that broke the story that made national news with regard to the U.S. embassies and consulates overseas being instructed to fly Black Lives Matter banners and issue propaganda on the anniversary of George Floyd’s death.

So that was Jack’s story. We got a lot of credit for that. And technically, he hadn’t even started to work for us yet. I encourage people to go read this story. It’s simply showing again the fact that within the Lincoln Project, which, of course, we know, is the supposedly conservative, true American-loving folks who just couldn’t stand the Trump administration.

Which it’s nothing of the sort. This is a scandal that involves one of their key members and nobody’s paying any attention to it. So if you take a look at Human Events or at your publication now as you’ve cross-promoted it, you can take a look and get the details.

Leahy: One of the things that you and I have talked about over the years is the trouble our Constitutional Republic is in.

Leahy: And you and I kind of go back and forth between pessimism and optimism for the future. (Hamachek giggles) Where are Human Events as a magazine going to go in the near future? Question one. Question two, what are the prospects for our country?

Hamachek: It’s a great question. I love the fact that this optimism pessimism thing – I do believe that optimism is the eighth deadly sin (Leahy laughs) because it causes people to make irrational choices based upon blind hope instead of reality.

I always like to say to people that since I detest optimism so much, they’ll say, well, you must be a pessimist. And I say, no, I’m a realist. It’s just that at this moment in time, they happen to look a lot alike. (Leahy laughs) In terms of what we’re trying to do…

Leahy: This is, by the way, is our listeners are getting an inkling as to the very interesting conversations you and I have had for a couple of years about the future of America.

Hamacheck: Right. So what we’re trying to do at Human Events, very specifically, is a couple of things. Number one, we are trying to help reinstill the good old-fashioned notion of skepticism. David Hume’s skepticism from the Scottish Enlightenment into the American mind.

As a people, we have generally lost our ability to be skeptical. And just like Hume warned us of close to 300 years ago, this has made us extremely susceptible to dogmatic pronouncements. You saw during the entire China Flu crisis and up through today, people have this willingness to sort of blindly accept what they’re told, whether it’s by government, mainstream media, entertainment industry, and so on.

So we’re attempting to reinstall skepticism by showing people what it is that they’ve missed, what they haven’t been told, what they aren’t thinking about, and to switch on that central processing unit inside their head to get them to think skeptically.

If we had a mission statement, we would be saying that we’re hoping to be part of changing the trajectory of the country. So right now, in this world of cause and effect in which we live, you can see where the collectivist missile is pointed.

It’s pretty clear what the direction is and we’re heading towards obliteration of the United States Constitution. That’s the objective. If they can do that, they can free themselves for a full collectivist agenda.

Leahy: Well, and that is a noble calling. And I think the more that you have reports from Jack Posobiec and some of the other stuff that you’re working on as well, in addition to some of your deep thought pieces, I think that’s going to be very, very successful.

Again, the magazine, the famous Human Events on the web at Humanevents.com. Our guest has been our very good friend, and he’s the news editor for Human Events, Brent Hamachek. Brent, will you make this a regular thing to come on our program?

Hamachek: Under one condition: that you ask me.

Leahy: I’m asking you right now. Will you regularly come on because people want to hear what you have to say.

Hamachek: I would love to be regular at my age.