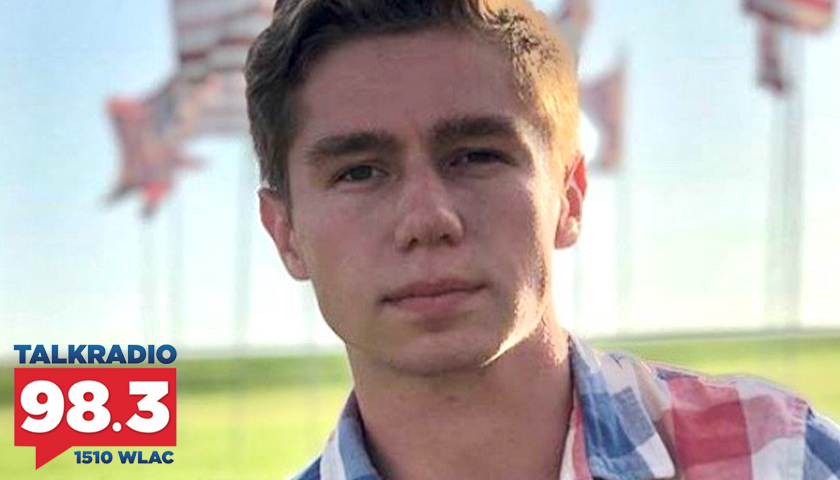 Live from Music Row Monday morning on The Tennessee Star Report with Michael Patrick Leahy – broadcast on Nashville’s Talk Radio 98.3 and 1510 WLAC weekdays from 5:00 a.m. to 8:00 a.m. – host Leahy welcomed Spencer Lindquist who is an intern at The Federalist and a senior at Pepperdine University to the newsmakers line to discuss his recent piece on the funding of Drag Queen Story Hours in San Francisco.

Leahy: We are delighted to welcome to our newsmaker line, Spencer Lindquist. He’s an intern with The Federalist and a senior at Pepperdine University, where he studies political science and rhetoric and leadership and serves as Pepperdine’s College Republicans President. Good morning, Spencer.

Leahy: Now, Spencer, where are you originally from?

Lindquist: I’m originally from the Silicon Valley in California. The home of Big Tech. And, of course, not too far from the site of this story.

Leahy: I went to Stanford Business School, so I know the Silicon Valley area pretty well. Which city are you from there?

Lindquist: I’m from San Jose right on the verge of Campbell.

Leahy: San Jose near Campbell. I know exactly where that is. And so you chose to go to Pepperdine. My daughter went to Pepperdine. Beautiful school. How do you get any work done?

Lindquist: I would say it’s a gorgeous campus. I’m blessed to be able to go there. Growing up, I went to these large public schools in Silicon Valley and they had a heavy slant leftwards.

Leahy: It’s the most beautiful college campus, I think, in the world. It’s literally across the street from the Pacific Ocean in Malibu. And then it’s got a beautiful hill that rises up. You are in your dorm room and you look out, boom there’s the Pacific ocean. Again, how do you get any studying? That’s a great place.

Leahy: Very tempting. So your story at The Federalist, which is pretty compelling. San Francisco Leftists are Funding Your Local Library’s Drag Queen Story Hour. What’s the financial history of this group?

Lindquist: The Drag Queen Story Hour, just in case we have any listeners who are not familiar with this organization. This is an organization that partners with local libraries throughout the country.

They have chapters in 29 different states as well as on four different continents. And they bring in drag queens to read the children. They often read children about topics such as gender expression or white privilege, and various different left-wing topics.

And they’re originally founded by Radar Productions, which is a San Francisco-based nonprofit. This is a nonprofit that was founded by a former lesbian sex worker. And they’ve been funded by a variety of different groups, including wealthy and prominent non-governmental organizations there in San Francisco, as well as some state and city agencies.

They have been under the management of Radar Productions from 2015 to 2018. And upon looking into the financial history of this organization, there are some striking details relating to their funding.

Oftentimes these organizations like to portray themselves as grassroots groups that are simply local networks when in reality, there is some very, very powerful money interest behind them.

Leahy: Let’s see if I can un-sort this. Now, the Zellerbach Family Foundation gave Radar Productions a lot of money in 2015, 2016, and 2018 when it was managing Drag Queen Story Hour. Who else is involved in it?

Lindquist: The Zellerbach Family Foundation is one of the big funders. There are several others. The Walter and Elise Haas Fund, also a large sums of money to Radar Productions when Radar was managing the organization.

And there are also some state and city agencies as well. You have the California Arts Council, and that is an agency of the state. The board members are actually appointed by the governor of California.

And there is also the San Francisco Arts Commission. And that, of course, is an agency of the city. And collectively, between 2015 and 2018, they gave $110,000. to Radar Productions, which put on Drag Queen Story Hour.

And mind you, this is in San Francisco. This is a city where you cannot walk 10 steps without having to dodge a hypodermic needle or human waste on the streets. And you got $110,000. going to bring Drag Queens into close proximity with young children.

Lindquist: Now it is largely they claim to be locally and independently based. So they got chapters again on four different continents in 29 different States as well as in Puerto Rico.

So this is an international organization. And they get a variety of different sources of funding now, which is not clear, evident, or available to look into these funds now because it is a bit more dispersed.

But this is really how it got started through Radar Productions. So it began as a more centralized organization. And then that was really what allowed it to grow and spread to the international scale that it enjoys today.

Lindquist: Absolutely. That is what that means. Yes.

Leahy: Put this in context. The IRS just declined to approve a Christian group for nonprofit. Did you see that story?

Lindquist: I’ve not heard of the story, no.

Leahy: It’s a big story that came out that the IRS declined to approve the 501 (c) (3) free status of a particular Christian group because they studied the Bible. The reason they said that they weren’t going to do it was because Christians and the Bible tend to promote Republican ideals.

That’s what the IRS said. The IRS apparently says it’s okay to have a Drag Queen Story Hour for a nonprofit, but not a group that studies the Bible. Seems a little bit odd to me.

Lindquist: Oh, absolutely. To put in perspective, even more, this isn’t just simply an issue of drag queens going and promoting these left-wing values to young children, although that is worth being opposed on its own merits.

This is an organization that has, on several occasions, endangered children. You have two cases of registered sex offenders and child predators being these drag queens who come and read the children. So you’ve got pedophiles reading the children in public libraries.

This is the group that has been publicly funded. It’s a public and private partnership against Christian values, against the family, and against children. You’ve got a man who was recently convicted of seven counts of child pornography sponsoring these events.

And you’ve got an additional drag queen who is not a child predator but a sex criminal nonetheless. They have a history of endangering children and putting registered sex offenders into close, confined spaces with children.

This is a public-private partnership against the safety of children, against Christian values, and against common decency that should transcend any degree of partisanship.

Leahy: Now the IRS has given 503 (c) (3) nonprofit status to the Drag Queen story. A story at Breitbart by Katherine Hamilton. A Christian non-profit is challenging the Internal Revenue Service after the agency denied them tax-exempt status saying ‘the Bible’s teachings are typically affiliated with the Republican Party and candidates.’

And ‘Christians Engaged describes itself as educational Christian and nonpartisan operates out of Garland, Texas. Three main goals, as described in the nonprofit, to waken, motivate, and empower ordinary believers in Jesus Christ to pray for our nation and our elected officials regularly.’ That’s one of those goals.