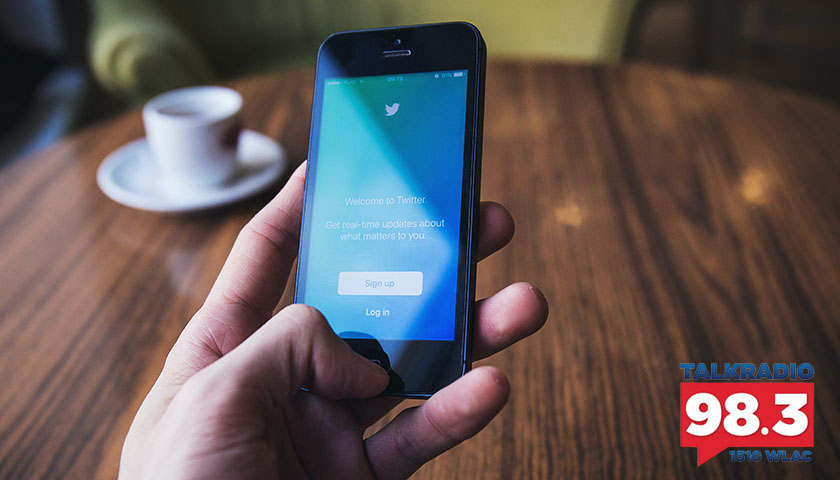 Live from Music Row Monday morning on The Tennessee Star Report with Michael Patrick Leahy – broadcast on Nashville’s Talk Radio 98.3 and 1510 WLAC weekdays from 5:00 a.m. to 8:00 a.m. – host Leahy welcomed the original all-star panelist Crom Carmichael to the studio to discuss Big Tech censorship as it relates to being a private company versus common carrier and what that means for federal regulations.

Leahy: Crom, you know, one of our guests here, you kind of liked his last name. Professor of law at Columbia Law School, Philip Hamburger.

Leahy: He’s an expert on the rise of the deep state, the administrative state. And he’s a champion of pushing back against that and basing our actions on the Constitution. I note that he’s written an article with Claire Morel for The Wall Street Journal on Big Tech and censorship.

And so this is going to be a very interesting lawsuit. The article that Philip Hamburger and Claire Morel have written in The Wall Street Journal argues that Facebook and Twitter and all these giant tech companies are really more like common carriers. Because the common carrier, by the way, can be a private company.

In fact, they all are private companies, but they still are regulated by the federal government. For example, Verizon cannot cancel your phone service if they disagree with what they think you’re going to say on the phone. They can’t do that. That’s not allowed.

Leahy: That’s good because they would have canceled me a long time ago. (Chuckles)

Carmichael: So my point is they can’t.

Leahy: They’re not my carrier.

Carmichael: And I think that Trump’s lawsuit and the other thing that he’s writing about, the Hamburger and Claire Morel are writing about, is the state laws.

This article is focused on the state laws that say that if you operate in our states, you cannot discriminate based on what people’s opinions are. It’ll be very interesting to see how those lawsuits work because Florida has already passed that law.

Leahy: But the courts have struck it down.

Carmichael: They hadn’t gotten to the Supreme Court yet. A court has struck it down.

Leahy: Let me follow up on that. Here’s what they said about that particular.

Leahy: A district court struck it down. Here’s what Philip Hamburger has said about that. ‘The recent court dependent questioning the Florida anti-censorship statute noted that in censoring some speech the tech companies are choosing what speech they will convey. From this, the court concluded that the company’s platforms and services were more akin to newspapers than common carriers.

Carmichael: This is what Hamburger told us when he was on our call. That was before …

Carmichael: And before Florida’s decision. And so this will work its way up in the courts, and we’ll find out. And I think ultimately it will end up in the Supreme Court. The Supreme Court obviously takes very few cases.

Carmichael: I think it’ll be sooner than that.

Carmichael: Yes. I think it will be before the ’22 election.

Leahy: Okay. So here’s the problem. I’ll give you two words that are a problem. The first word is John. And the second word is Roberts.

Leahy: Do you think Roberts will surprise us?

Carmichael: I think the whole Supreme Court might surprise us. But here’s the difference. A newspaper has its own opinions, and it controls everything in the newspaper, and everybody knows that. But in the case of Facebook, Facebook allows some people to express their opinions and disallows other people to express their opinions just because they don’t like the opinions.

He is an eminent physician and what he would – it would likely be entirely accurate, but it would be different from what the Biden administration would want. Would Facebook have the right to cancel him?

Leahy: Here’s what I think about this, Crom. I think you’re right. I think ultimately all of these Big Tech lawsuits, ultimately, in one version or another will go to the Supreme Court.

Leahy: I was astounded in 2012 when the Supreme Court ruled in favor of Obamacare.

Carmichael: But you have three different justices on there now.

Leahy: And I am disappointed in all three of them.

Carmichael: I think it will work its way up through the courts. Philip Hamburger’s article is a very interesting one. And poor Naomi Wolf. She was a leftist, and she’s going to be in our camp now.