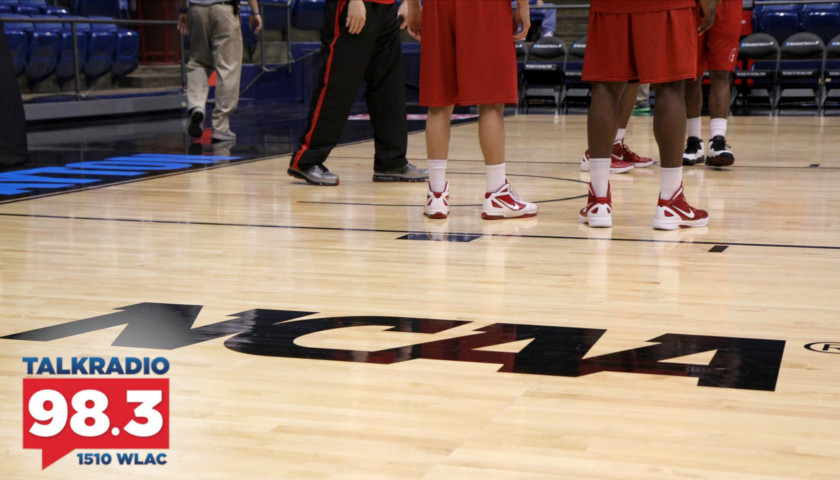 Live from Music Row Friday morning on The Tennessee Star Report with Michael Patrick Leahy – broadcast on Nashville’s Talk Radio 98.3 and 1510 WLAC weekdays from 5:00 a.m. to 8:00 a.m. – host Leahy welcomed Dr. K. to discuss the recent decision by the NCAA president to decentralize and deregulate college athletics, which would enable players to become professional entertainers.

Leahy: Well, Dr. K., lots going on in sports this week. What’s the highlight of what you’ve been looking at, Dr. K?

Dr. K.: Good morning, Michael. Well, I imagine you saw this. I’m pretty sure most everybody did. Potential bombshell as far as college athletics is concerned.

The NCAA President Mark Emmert yesterday said, and I quote, “That the time is right to consider a decentralized and deregulated version of college sports shifting power to conferences, campuses, and reconsidering how schools are aligned.”

He went on to say that, “We need to totally rethink what college athletics is all about.” He laid out a vision, and this is the bombshell.

He laid out a vision for the future of college sports, putting fewer limitations on athletes and deemphasizing the role of a national governing body like the NCAA, which was founded 115 years ago.

We talked about this briefly last week when we talked about how the name, image, and likeness issues came up allowing college athletes to all of a sudden become professional athletes in terms of compensation.

But I thought what he said – we were ahead of our time last week, Michael. He comes out yesterday and basically says the same thing we talked about last Friday that things in college athletics can’t be monitored and can’t be controlled. Therefore, he’s going to go, well, whatever you guys want to do, you can just do it.

Leahy: Why, Dr. K., do you think he made this bombshell announcement?

Last month, the NCAA waived its rules prohibiting athletes from earning money off of their fame. Off their fame. Now, these are college athletes, online environments, sponsorship deals, and personal appearances.

College athletes have now become professional entertainers of sorts. And they are now eligible to derive personal revenue. Not to colleges, mind you.

Not the NCI, but the individual. That is a far-reaching decision. In states like Florida and Georgia they go on to say, Michael, at the schools in states where there are no name, image, and likenesses guidelines, unlike Georgia, the schools have been instructed by the NCAA, Mark Emmert, and he says, to craft their own rules.

Which is a dramatic change for anything the NCAA has ever done. So if you think about the far-reaching ramifications of this message delivered yesterday, I don’t know where college athletics goes. I really don’t.

Leahy: You know, can I tell you which sport it might be good for?

The whole recruiting process in college athletics over the last 20 years, maybe 30 or 40 years, I don’t even know, has really been a joke.

There’s been a lot of things going on that nobody wants to talk about and nobody wants to recognize. But I think what he says yesterday, I think, will have a profound effect on what happens in college athletics.

Leahy: Does this basically say what has been for decades, illegal booster payments to college athletes are now legal? Is that basically what this says?

Leahy: Let me just ask you, is this a bad thing in your view?

Dr. K.: No, I don’t think so. One, I think you have to discern the difference between a professional athlete and a college student.

Where the issue and the rub comes in is that the colleges, universities, have taken these “student” athletes, monetized them by virtue of ticket sales and all kinds of refreshments, popcorn, hotdogs, and all the other stuff that goes along with game-day experiences.

Whether it’s basketball or the College World Series or, most prominently, college football, it’s all of a sudden become big business, and universities have taken advantage of it over the years past.

Now the athlete is going to get the chance, and you’ve got to wonder what the colleges and universities are saying. Uh oh, now the price of poker is going to go up.

It’s got to go up significantly. I just think what I saw yesterday when I heard this, I could hardly wait to get on there to talk about it because I think it’s something that will go down in the history books as being a day of reckoning as far as college athletics is concerned.

Leahy: What’s interesting about this to me, on the one hand, I think there are, shall we say, free-market elements of this. It has struck me as being a bit unfair that somebody who’s making a lot of money for the college can survive and can’t support their family even if they’re a young person in college.

Dr. K.: Oh, I think the magnitude of the money.

Dr. K.: You’re talking about huge money for these athletes. We can just go back and look over the course of well, let’s just take Trevor Lawrence in the last two years.

How much money could Trevor Lawrence have made, and how much money did he make Clemson University, in terms of ticket sales and everything else and a potential national championship?

Now all of a sudden, now the athlete becomes arguably – depending on his talent and skill set – are more important than maybe even the coaches.

The coaches aren’t getting any money. And then when are you going to take a guy like Saban and go, hey, and maybe he already is doing that.

I know he owns car dealerships and all that sort of stuff not tied to his abilities as a football coach, but who’s given a wink-wink nod-nod to not know that that’s where this all comes from.

It’s enterprise. It’s free enterprise. If you have an asset that you want to sell, whether it’s a stock or a piece of real estate, you can sell it. Well, these guys have talent.

An immediate value. Is it any greater the day they graduated from college than it was the first day they stepped in? Yeah, it is.

I don’t know. But I just think this is something that’s going to be very interesting to watch. And I think the repercussions, the unintended, as you mentioned, I think the universities are the ones who are going to be the big losers here.

Leahy: It’s always sort of dangerous to kind of anticipate how people react to massive changes like this. But I do have a couple of immediate responses and would like to see what you think about this.

First, it seems to me that those powerful university programs that have very wealthy boosters, the rich, are going to get richer in terms of talent, right?

Leahy: It’s sort of like competing against the New York Yankees payroll if you’re in Major League Baseball. The Yankees have more money and they can pay their talent more.

And so I saw the booster at the University of Miami in Florida, he runs a chain of gyms and he’s rich. So he’s going to go, he’s going to give every player a big bunch of money.

If you’re a talented athlete and you come from a poor family, you want to go where the money is so you can support your family at the age of 18, right?

Dr. K.: Yeah. Think about this, Michael, where is this really going to stop? Okay, now we’re saying, and then Emmert comes down, goes, okay guys.

You just make your own rules. But now when is this going to happen? When is the university going to be in a position to buy athletes?

Leahy: Yeah, exactly. Let’s stick with this topic. It’s fascinating. I’m delighted you brought it up. And there’s just so much more to talk about it.