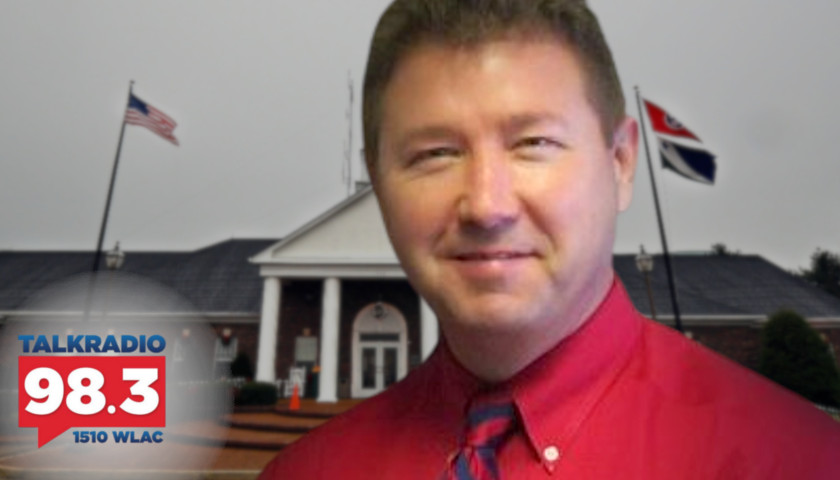 Live from Music Row Tuesday morning on The Tennessee Star Report with Michael Patrick Leahy – broadcast on Nashville’s Talk Radio 98.3 and 1510 WLAC weekdays from 5:00 a.m. to 8:00 a.m. –  host Leahy welcomed Town Manager of Nolensville, Tennessee Victor Lay to the newsmaker line to talk about his move from Spring Hill administrator to Nolensville and the experience he brings to the town.

Leahy: We are delighted to welcome to our newsmaker line Victor Lay, who is the Nolensville town manager. Good morning, Victor.

Leahy: Victor, this will surprise you, but we know each other because our daughters went to high school together. When you were the Spring Hill city administrator, your daughter and my daughter were good friends. So there you go. How about that?

Lay: That’s pretty interesting. I did not know that.

Leahy: I think we went to your church one time, too, down in Spring Hill. And it was a great experience. And we’re delighted to have you on here. You have an extensive record in management and public administration.

Lay: So in January of this year actually, I had received a call from a recruiter, if you will, from Nolensville, asking me to consider that work. And after a considerable amount of thought and process, I decided that I would do that. And so I left in January. I started there on January 19 after having been in Spring Hill for 11 years.

Lay: Absolutely. It went from a town that was just about roughly 25,000 to – we think this federal census to 2020 census was going to show Spring Hill somewhere north of 45,000.

Leahy: Yeah, I’ve seen that. And the growth just seems to continue and continue. That is huge growth, isn’t it?

Lay: It’s really incredible growth for as long as it has occurred. The growth process in Spring Hill started in 2005, really 2003. And it’s just been at a blistering pace is what I usually call it ever since.

Leahy: 11 years of a strong track record as city administrator in Spring Hill, which has seen this tremendous growth. What prompted you to take the job with Nolensville, which is not a city but a town?

Lay: I looked at it from a standpoint of being able to use all of the skill sets that I have generated in city and town management over the past 26 years, and it fit right there in the town of Nolensville.

It’s a small town, a smaller community, but they’re about to go through very similar things that Spring Hill has already gone through. And I felt when I sat and looked at them that Nolensville was probably about 10 to 15 years behind where Spring Hill was today.

It would give them opportunities to put some things in motion that could help maybe alleviate some of those growing pains during that process.

Leahy: Physically, the town of Nolensville, how does it compare size-wise just in the physical area to Spring Hill?

The official population is just north of 11,000. So it’s roughly about a quarter of the size population-wise. Is that the information you were looking for?

Leahy: Yes. But on a per-square-mile basis, it’s pretty close to Spring Hill in terms of population per square mile.

Leahy: What’s the difference between being a city administrator, which is a form of a corporate organization, versus a town manager? A town is different than a city. Tell us about those differences.

Lay: In Tennessee, municipalities can actually have a choice in the way that they incorporate if they want to call themselves a town or a city. And there’s not a lot of distinction between the two other than just the vernacular.

And there are a lot of people who want their area, their municipality, to be called a town just because of the quaintness of it (i.e. the town of Thompson Station) and things like that. Spring Hill used to be called a town. But back in the 90s, they decided that they would change their vernacular to city.

And so they made all of the necessary corporate adjustments and changed everything to the city because they wanted that idea that they were going to grow beyond the connotations that a town might be.

Typically, you think of a town as being smaller, but that’s not necessarily the case because you have the town of Smyrna, which is also, as you know, one of the larger municipalities in the region.

Leahy: I should have known that, but I didn’t know that. I think I’ve always thought of Smyrna as a city, but it’s a town.

Leahy: That’s very interesting. We’ll get to the challenges for you in terms of what’s ahead for Nolensville a little bit in our next segment. But I want to talk about how your job might be different because it’s a little bit smaller, a little closer to Nashville.

And the other part of this is, in Spring Hill, I’m largely removed from any significant city decisions. I think I went to a city council meeting once, perhaps, and it’s very intense. Everybody that’s involved in development has a lot on the line.

But for the average person, it’s sort of like, we’ll let them do what they’re going to do, and I’ll pay my taxes and I’ll do my job. (Lay chuckles) Which is not necessarily in Spring Hill. You’re laughing. Isn’t that the case?

Lay: That is the case a lot of the time. The individuals or rank-and-file citizens, basically, they’re not interested in necessarily getting involved in watching all of the minutiae with regard to the weekly and monthly decisions of the council.

They might complain about one aspect or another, but in general, they’re just really not engaged in that depth.

Leahy: My sense is perhaps that the job of being a city administrator in Spring Hill, although most of the people are sort of not engaged, those who are engaged, developers and builders and the like, are very intensely engaged.

My sense was that it was a highly politicized position, even though most people really weren’t paying a lot of attention to it. And perhaps that scale and that pressure were very, very significantly different from Nolensville. Do I have that right or wrong?

Lay: I would say that it was quite a bit more intense than maybe what’s existing in Nolensville at the current time. There were so many things that were going on. And you’re correct that it had a lot of political nature to it.

As much as we try to make the position of city administrator or town manager non-political – and I really, really work hard to be a non-political individual – There’s politics in almost everything that occurs with pressure from one side or the other.

Leahy: Well, let me tell you something, to do that job for 11 years and to exit on a high note is a tribute to your ability to manage people and the processes and all the political forces. I don’t see how anybody could do it for that long and leave on such a high note. So a tip of the hat to you for that capability.

Lay: Thank you. I appreciate that.

Lay: Absolutely glad to be here.