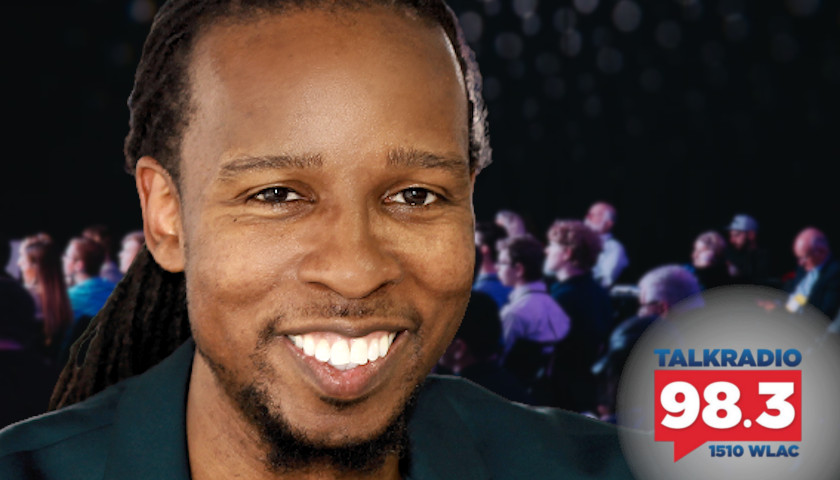 Botteri: We are here to talk about the news and so we are very lucky today because we get to hear from our own Corinne Murdock, who is out there putting together some amazing stories, stories you’re not going to read anywhere else.

And right now, our lead story over at The Tennessee Star is about Lipscomb University’s Christian Scholars Conference which is to host Ibram Kendi’s. ‘How to be a Racist Author’ as a featured speaker.

And they scrubbed the website after The Tennessee Star started asking questions. So the story starts. You can read this right now at The Tennessee Star. Lipscomb University, a self-proclaimed Christian institution, chose How to Be Anti-Racist author Ibram Kendi as a featured speaker for its 2021 Christian Scholars Conference.

The Tennessee Star reached out for more details to CSE Chair David Flier, Lipscomb University spokespersons, LipscombUniversity President Randy Laurie, and Lisa University Board of Trustees Chair David Solomon, but none responded by press time. On the line with us right now is Corinne. Corinne, what do you think about that? Tell us what you found. Tell us the story here.

Murdock: Hey, thanks for having me.

Botteri: It’s great to be with you.

Murdock: So I was doing a little bit of digging on what exactly they were going to have Ibram do. He was pretty much a premier guest speaker. He had, like six whole paragraphs about him.

He was exclusively associated with the conference theme. And I wasn’t able to get anybody as you said, to respond to me from Lipscomb University which is a little surprising, to be honest, after they updated their web page.

Botteri: Now let’s back up a second. How did you get a line on this? What caught your eye about this? How did you come to look at their website that day?

Murdock: We got a tip that this will be happening. It wasn’t widely advertised to the best of our knowledge. It was somebody who been following along with what the university has been doing that reached out to us and asked us if we would look into it.

Botteri: That’s very interesting. So you got a tip. Everybody, you can send tips to Corinne. She put her email address there. And by virtue of this story here, the system works is what you’re saying.

Murdock: Yeah. I’ll you’ve got to do is look it up.

Botteri: So you got a tip. And so you looked into it, you followed up on the tip and sure enough, there are there’s all this material about Ibram X. Kendi, who is the How to Be Anti-Racist author, is his book, right?

Botteri: So exactly what does he do? What’s his deal?

Murdock: He apparently is the foremost leading mind expert on racism. But if you read his book, which I’ve actually had to read it. My husband was going to Belmont University for a time and they suggested that reading.

Murdock: Yes, the book is very interesting to read if anything to get an understanding of what is the hot topic, especially when it comes to critical race theory today.

Botteri: Wow. So he’s an anti-racist who wrote a whole book about racism but didn’t exactly successfully define it.  Is that what I am understanding?

Botteri: So basically, what that means is racism is whatever he says it is?

Murdock: Yes, it’s interesting if you go watch his videos and people ask them to describe what racism is and anti-racism is, they’ll say, a system of racist policies within a racist system and race. You know, he just goes on and on, but he never gets to what that term means. He’ll never tell you.

Botteri: Wow, that’s fascinating. Hang with us through the break.