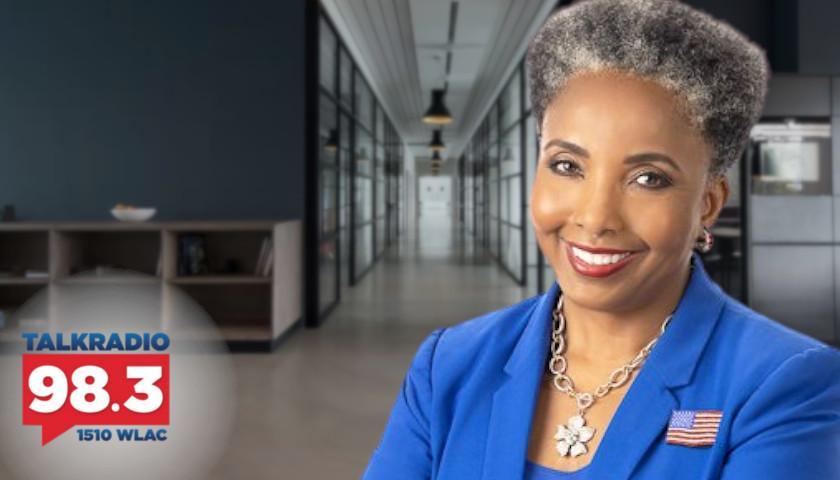 Carol Swain’s Busy Schedule Pushing Back Against the Left

Live from Music Row, Wednesday morning on The Tennessee Star Report with Michael Patrick Leahy – broadcast on Nashville’s Talk Radio 98.3 and 1510 WLAC weekdays from 5:00 a.m. to 8:00 a.m. – host Leahy welcomed all-star panelist Carol Swain in studio to talk about her busy schedule and aspects of her life story.

Swain: For constitutional studies at the Texas Public Policy Foundation, the most effective public policy foundation in the nation.

Leahy: I mean, it really is. They do a great job there. And of course, you go back and forth occasionally down there. It is always so much fun to have you here. You’ve been so busy, Carol, that we haven’t had you in studio enough.

But there are a lot of people that have claims on your time. I see you on Fox and Friends and all the time on Fox News. And I think on Monday, Martin Luther King, Jr. Day, you were very busy. You were on the Steve Bannon show.

Swain: I certainly was. And also on The Sean Morgan Report and The Epoch Times.

Leahy: So high level of visibility. You’ve been on Steve Bannon’s show WarRoom before, haven’t you?

Leahy: Many times. And he said one of the most popular shows that he had last year was the Box a Day show rated the day after Christmas where I talked about my life. He had me on for an entire hour. But you get me for 90 minutes today. (Chuckles)

Leahy: (Laughs) I know. Doing better than Steve Bannon. (Laughter) More time with Carol. But it’s interesting, you are prominent as a conservative voice out there, and you’re seen in a lot of places.

Swain: I think I’m one of the panelists.

Leahy: It’s good if the topic is miseducation of America, that they have somebody who’s an expert on education in America. That would be you, Carol Swain.

Swain: That series started, I guess I’m going to say, well, maybe it was just a year ago, but it has reached millions of people and it’s so popular. That’s why we are continuing it.

Leahy: And the other thing you’re working on and I’m curious about it because I’ve known you for a long time, you’re actually a very private person.

Swain: Really? I tell everybody everything.

Leahy: Not everything, because there are parts of you…

Swain: I’m not telling you where I’m going tomorrow.

Leahy: That’s right. You’re known for your political views, your academic research on issues of critical race theory and education, and immigration.

Swain: When I Google myself and the stuff that comes up from these celebrity sites where they do these profiles. They just totally make up lies.

Swain: About everyone. So I would never trust those sites. They don’t know anything about some details of my life, and they admit they don’t. (Chuckles)

Leahy: This is why when Steve Bannon had you on for an hour on the day after Christmas, and it was one of the most popular episodes of WarRoom, I can tell you why. I mean, I know why.

People want to know how did Carol Swain become Carol Swain? And the general outline that you were born into poverty in southwestern Virginia, not too far from where Booker T. Washington was born.

Swain: I have the three-minute elevator speech, one of 12. Rural poverty, high school dropout, married at 16, GED, went to college, got one of five degrees, and went on to become a university professor. None of it was planned. And then late in life, I had a Christian aversion experience. Most people know that part.

Swain: There’s a lot in between. (Chuckles)

Leahy: See, this is it, right? This is it. I know there’s more than a little bit of drama in there.

Swain: I think there are two or three movies in me.

Leahy: That’s my point. Inquiring minds want to know. People are interested because people see you on Fox and Friends or Fox News.

Swain: I used to be a paid contributor for CNN. (Laughs)

Leahy: See, this is something I didn’t know. They stopped paying you when you became a Christian?

Swain: No, they fired me when they discovered that I was more conservative. I was still a Democrat. They didn’t renew the contract.

(Chuckles) But people really want to know. The outline of this story is interesting, right, the general outline. But you have been very circumspect shall we say.

Swain: I want to answer a question. Ask me anything, and I might answer it for you.

Leahy: Carol, I don’t want to take away the excitement of your memoir when it comes out. I think your memoir, your personal story is so interesting. And you’re going to have to give up some more details along the way about your personal life and how you had the gumption to identify where you were going.

And how you stuck to your guns throughout all this when basically, there are huge pressures to get you to conform to something that was, I’ll put it generally speaking, more in the neighborhood of victimhood. I would generally say that you are the opposite of someone who promotes victimhood. Would I have that right?

Swain: I’m wired to push back.