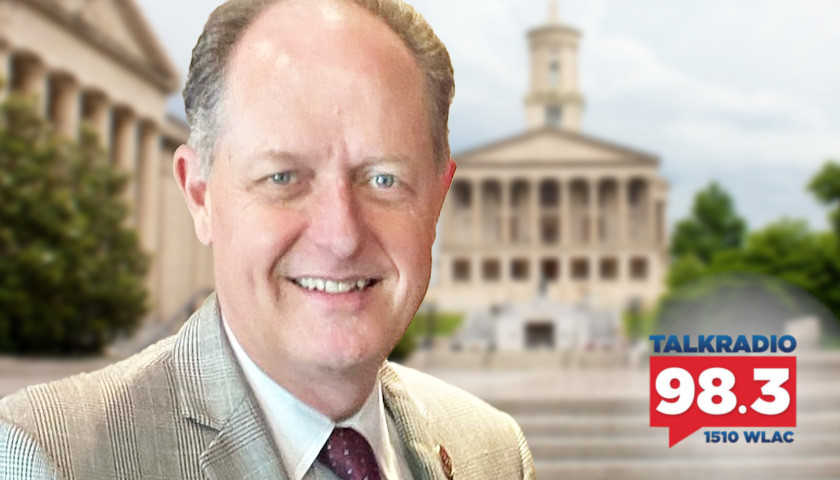 Wednesday morning on The Tennessee Star Report with Michael Patrick Leahy – broadcast on Nashville’s Talk Radio 98.3 and 1510 WLAC weekdays from 5:00 a.m. to 8:00 a.m. – Leahy was joined on the newsmaker line by Tennessee State Senate Majority Leader Jack Johnson, to discuss his advocation for the Tennessee National Guardsmen who refused the COVID-19 vaccine required to maintain payroll status, the process in which the state attorney general is picked, and his own campaign progress.

Johnson: Good morning, Michael. Good to be back with you.

They’ve now are on non-paid status. You had suggested, Senator Johnson, the possibility that you may call for a special session of the Tennessee General Assembly to address this problem. Tell us where that possibility exists right now. What’s the status of that?

Johnson: Sure, Michael. Well, first of all, it is unconscionable that the president of the United States and the Department of Defense is even contemplating the possibility of terminating these brave men and women. These Tennessee National Guard men and women are heroes.

They wear the uniform of the United States of America. They’re prepared to go to battle to defend our liberty. They respond here at the state level. When we have natural disasters, tornadoes, or floods, they are on the spot immediately to help our fellow Tennesseans and defend our liberty.

So the fact that the Biden administration would even consider terminating them because of a medical decision they choose to make is, as I say, I believe to be unconscionable.

We are in discussions now, leadership in the General Assembly, and the governor’s office, about what our options are. I am all for shifting them to state payroll if necessary, so that they don’t lose their jobs.

The problem becomes, Michael, and this is where we’re in our discussions, is figuring out how this might play out. And unfortunately, we could keep them on payroll.

I think the will of the General Assembly is there to do that so they don’t lose their jobs. But the Department of Defense could still prohibit them from training, doing drills, using military equipment that is bought and paid for by the federal government.

We could be in a scenario where we can keep them on payroll, but there’s nothing for them to do. The conversations are ongoing, but it is a disgrace that we’re even having to talk about this.

Leahy: So what are the odds that there will be a special session to address this problem?

Johnson: I would say the odds are good, but again, we’ve got to figure out exactly one of the things about when we go into special session, Michael, in the General Assembly, and we’ve done it numerous times in recent years.

Then we get it ready. We go into special session. If we need to pass legislation, appropriate money, then we do that. We try to get it knocked out in three or four days as quickly as possible. So those conversations are still ongoing.

And by the way, the absolute final trigger has not been pulled by the Department of Defense with regards to these National Guardsmen and women. So the Biden administration has signaled that they intend to terminate them.

Leahy: Exactly right. Hey, you ready for a little bit of a curveball, Senator Johnson?

Leahy: Okay, here comes the curveball. So I’ve been following this process by which the state Supreme Court is picking an attorney general.

Now, our attorney general Herb Slatery, a fine attorney, but hasn’t, in my view, aggressively defended the Tenth amendment rights of the state of Tennessee or its citizens.

Now, he said he’s not coming back for another eight-year term. Under the constitution of the state of Tennessee, it’s the Supreme Court that picks the attorney general and recorder.

They’ve announced the process. It doesn’t look like it’s very robust, and it doesn’t have a role for the Tennessee General Assembly.

I would like to see, and I want to see what your view on this is. We’ve been trying to encourage the Supreme Court to do this. I would like to see a role for the Tennessee General Assembly in the process of selecting the new attorney general. What are your thoughts on that?

Johnson: We had legislation, we had a resolution to amend the Tennessee constitution this past session, which, as you know, and I’ve heard you talk about it on the show here, Michael, that is a fairly lengthy laborious process to amend the constitution.

So we can think about things we can do in the short term and then versus the long term. I supported the resolution. It was brought by my friend Senator Ken Yager [and] would have added a confirmation process by the General Assembly.

It would have allowed to continue to allow the Supreme Court to pick the attorney general, but would have added another component. Just as we do with judges, appellate court judges that are appointed by the governor.

We have now put in place a confirmation process so that the General Assembly has buy-in. That’s another thing that we have done in years past is we have retained our own council.

And the General Assembly has every right authority to do that, to retain its own counsel, to pursue or defend legislation that has been passed, or to sue on behalf of the general assembly.

So I think there are some short-term and some long-term possibilities that we can consider. I do believe the General Assembly should have a greater role in the process of selecting the attorney general.

Leahy: And let me suggest that the Supreme Court has said they’re going to have hearings of some sort on the candidates they select. I don’t see any reason why.

And I will suggest for your consideration that the Tennessee General Assembly should also hold hearings for those candidates. And my guess is they would be even more robust. That’s just a gentle suggestion. Last question.

Leahy: Okay, last question for you. You got a campaign going on. You have a challenger. Three weeks and two days until the election. What are you hearing out there as you talk to constituents?

Johnson: Well, we are very excited, working very hard. I love campaigning. I love going out and talking to voters. I was out knocking on doors last night in Franklin, and I love meeting voters at the doorstep or in the restaurant or in the grocery store talking about my record in the General Assembly.

I think that we in Tennessee have made Tennessee – this is the line I use frequently, and I believe it’s true – we’re the most conservative, best-managed state in the nation, and we need to keep it that way. And that’s what I’m fighting for.

That’s what I’ve been fighting for in the General Assembly. And if the good voters of Williamson County will give me the opportunity to serve for another four years, that’s what I will continue to do.

Leahy: State Senator Jack Johnson, thank you so much for joining us today, and good luck out there in the summer heat as you knock on doors. 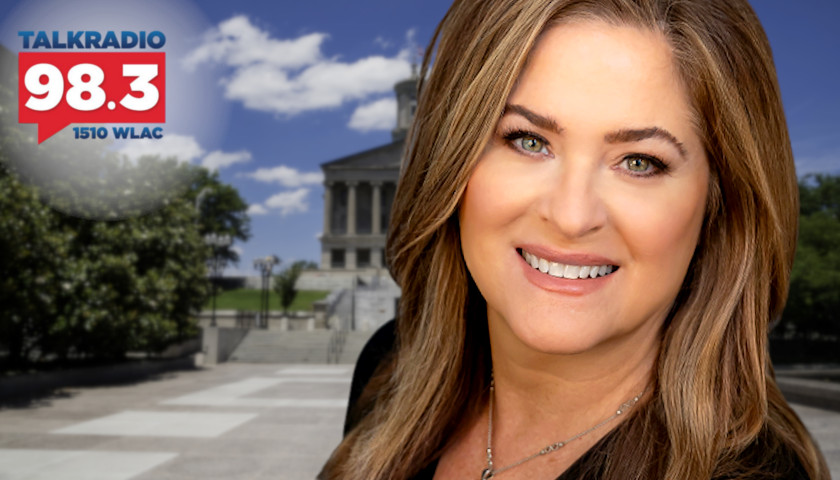 Foreman: Good morning. How are you?

Leahy: We’re doing great. You are a candidate in this August 4th Republican primary.

Leahy: You have an opponent, and it’s a contested race, and you’re running in the 59th House District. This is a new district.

Foreman: This is brand new. So this goes along the southern border of Davidson County, starting over in the far southwest where Highway 98 and 100 meet.

Comes across the lower part of Bellevue and West Meade and Belle Meade, Forest Hills, Oak Hill, all the way over to Cane Ridge.

Leahy: So if we were to say, well, in the boundaries of the new district, I guess currently they’re split up between three Democrat members of the House of Representatives, roughly. Bob Freeman and Jason Potts…

Leahy: But it’s been split up, and so it’s a new district. There’s no incumbent, I guess none of those guys who will be running on the Democrat side in the general election?

Leahy: You kidding me?

Foreman: No. So you take those original districts were pushed upward, which left the bottom portion of the county open, if you will. And so Bo Mitchell’s brother-in-law will be the decision. Right.

Leahy: Trying to keep it all in the Democratic family.

Foreman: He is uncontested. He had no opponent in his primary.

Leahy: But you’ve got an opponent.

Leahy: What’s his name? Wyatt somebody.

Foreman: Yes. I think so.

Leahy: Which basically went from a Democrat plus-20 district and was safely Democratic since 1875. Democrats represented the 5th Congressional District. It was called a Dem 20. It was mostly Davidson County with a little bit of Cheatham and Dickson.

Jim Cooper represented the district since before the dawn of time – 2003, I think, but even more. But that district was redesigned, and now it’s an R plus-11, I think, I feel, hotly contested.

Leahy: And that so many people want to get the seat, because if you win the Republican primary on August 4, you’ve got a good chance of, a very good chance you’re likely to be elected in November.

The Democrats do have a candidate running unopposed, Heidi Campbell, State Senator, who is a far-lefty but a tough campaigner.

And not somebody to take lightly if you’re a Republican now. What’s interesting about this is if you look at the likely voters in this new district, does it lean slightly Republican? What is it?

Foreman: It does. It leans a little Republican. R plus-4, I’ve heard R plus-6. That means to me R plus two, maybe four, if we’re lucky.

There is a slight lean, and considering what’s going on in the country today, it does look like the Republicans will be able to take this seat again, working hard and not taking anything for granted.

Leahy: And you want to be that Republican …

Leahy: … who comes in. You want to win the August 4 primary.

Leahy: So we’ll talk about that. And we’ll also talk about what you’re seeing. You’re doing a lot of what, door-to-door out there.

Foreman: A lot of door-to-door.

Leahy: We’ll talk about that. And, of course, Election Day is three weeks from tomorrow. I know early voting begins Friday, the day after tomorrow. Hey, this election is here. We’ll talk more with Michelle Foreman, one of the candidates for the Republican nomination in the 59th House seat, after this.