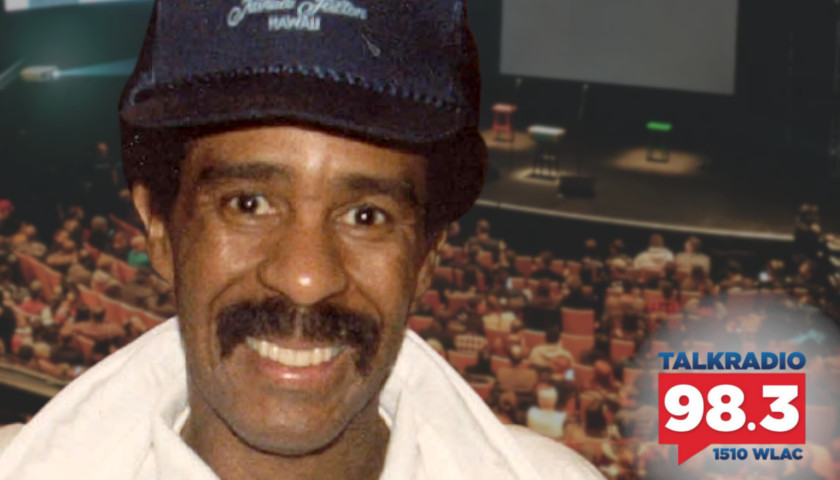 Live from Music Row Thursday morning on The Tennessee Star Report with Michael Patrick Leahy – broadcast on Nashville’s Talk Radio 98.3 and 1510 WLAC weekdays from 5:00 a.m. to 8:00 a.m. –  host Leahy welcomed the founder of Pajamas Media and all-star panelist Roger Simon to the studio to reflect on what it was like knowing and writing with the comedian Richard Pryor and what he would think about cancel culture today.

Simon: You lie, but it’s ok. The media lies so why not?

Leahy: Roger, born and raised in New York City. You are Mr. New York City in some regards. Or were during its heyday, right?

Leahy: You loved it.

Simon: We used to go to the Yankee games and have a great time.

Simon: Well, you know, the irony is that when I was 10 years old, my buddies and I would just jump on the subway and come back in 12 hours.

Simon: No big deal. We’d go out, we sit in the bleachers for 65 cents.

Leahy: Man. That was the life.

Simon: It was fun. New York was great in those days. New York, like LA, which became my adopted home, has turned into the far side of hell. (Leahy laughs) But, you know, this election in New York is almost a farce.

Leahy: Well, Here’s the headline, New York Post yesterday by Julian Marsh. Headline. Eric Adams sued to ensure a “fair election process” after the Board of Elections botches vote count and Mayoral candidate and Brooklyn Borough President Eric Adams, a former police captain NYPD, filed a preemptive lawsuit on Wednesday to ensure a fair and transparent election process after the Board of Elections botched the June 22 second primary outcome by accidentally including test results in the vote count leading to 135,000 extra ballots. Roger, I just can’t help laughing it. (Laughs)

Simon: Well, you can laugh. In a real black comic sense, it’s very funny. But, you know, what it tells us is all that stuff about the National presidential election that is being debunked all the time by The New York Times, of all places that I used to write for, by the way.

And I can have some comments about that in a minute. I’ll tell you. But it raises the issue that our elections across the country are fraudulent. If they can’t handle a mayoral election in New York where everybody is desperate to get rid of DeBlasio, there’s something wrong here, folks. It’s really wrong.

Leahy: How incompetent are you if you are the New York City Board of Elections and they’re doing this crazy ranked-choice voting, which is complicated. But basically your rank from one to five and how strongly you feel about the five candidates.

And then if one candidate doesn’t have a majority of the number one they get rid of number five and they go to the second choice.

Simon: Well, you know,  the election was really actually properly named. It really was rank.

Leahy: (Laughs) This is why we pay you the big bucks, Roger, because of your clever use of language.

Simon: I wrote comedy way back in the paleolithic age.

Leahy: You wrote comedy for who?

Simon: He didn’t say it, but I wrote it.

Leahy: I didn’t know this about you. So tell me how you became friends with Richard Pryor and how you wrote comedy for him. And how often did you do this?

Simon: I wrote the movie Bustin’ Loose where he started. I never knew Prior before and the executives at Universal Studios who thought that I should write for him introduced us.

But then we did become friends. And he was a fantastic person. A little bit self-destructive, as the world knows. More than a little.

Leahy: So this is interesting. So Richard Pryor was a fantastic person.

Simon: Oh, a very nice guy to his friends.

Simon: Well, he liked what I was doing for him.

Leahy: So how would you go about writing comedy for Richard Pryor?

Simon: I went to his house, and this is the very beginning of the beginning because Richard tested people out because he was a bit paranoid about what people were thinking of him.

But I went to his house with the executives to work on a story that was then called Family Dream that Prior had a basic outline for. And then we turned it into Bustin’ Loose. Actually, the studio named it Bustin’ Loose because the studio wanted a title for Pryor movies that got him in the theater. And it did. It was one of the big hits of the year.

Leahy: And so would you sit down with them and just I don’t know how people write comedy. Do you go into the comedy writing room? How do you do it?

Simon: No-no-no. They do it in lots of ways. But this was the screenplay way. The way people write for TV is they do go into a room with a bunch of people. I couldn’t stand that. I can’t work that way. I’m too private for that.

No, what happened is I’d go and I’d sit down with him for an hour or two, and to be honest, try not to do the drugs that he was doing constantly.

Leahy: (Chuckles) That sounds like a good plan Roger.

Simon: And we agree on the basic storyline. And I went back to his office at Universal Studios and wrote it.

Leahy: And then after you write the jokes?

Simon: This was a screenplay. It had jokes in it.

Leahy: Oh it would have jokes in it. It wasn’t like writing for a comedy routine.

Simon: I did both for him later because he trusted me. He was the greatest stand-up comic of all time. Let’s be honest. I mean, no one was better. But the reason is he was so great is he never did jokes.

What I mean is I would write some jokes for him and he’d say hey that’s pretty funny.I actually went on the road with him a couple of times.

Leahy: You went on the road with Richard Pryor?

Simon: Yeah. And he never told the jokes.

Leahy: So you would write jokes.

Simon: He said they were great but he wouldn’t tell him. But it wasn’t deliberate. His style was just to stand on stage and tell the truth. And the truth is funny when told by Pryor.

Leahy: So the jokes that you wrote for him, he would say they were funny. But would they end up at some point in this comedy routine or not?

Simon: They disappeared into the ether. I can’t even remember them. In fact, I remember when he asked me to do it I thought it was strange because I think he was just being nice to me because that wasn’t his style.

He was a comic genius because he could turn reality into comedy. And he was not racist at all. I mean, it was a totally different era. He would be read out right now. He would be canceled.

Leahy: What would Richard Pryor say about critical race theory?

Simon: He would roll his eyes, but he’d do it in a way that would have you on the floor laughing.

Simon: The greatest act he ever did was a White guy and a Black guy walking through the woods. And this was done completely mimed. No dialogue. And he would have the audience on the floor.

Leahy: So just physical mannerisms that were different?

Simon: Yes. How a White guy and how a Black guy, both of them were chicken of course. (Leahy laughs) Just the way you reacted through a bear and all that stuff. (Leahy laughs) And it was totally without prejudice. I mean, it was just fun.

Leahy: Gee, these interesting things that you’ve done, Roger that you’re withholding from us. We have to drag them out of you, Roger.

Simon: I thought you knew that. I also wrote for Whoopi but that didn’t turn out well.

Simon: No. (Leahy bellows) I will say one thing about here. I was sent to Washington, DC, to write a comedy about Whoopi and the White House press room. Yuck yuck. As a reporter.

And I had a lot of amazing experiences in that time. It changed me. It started to change me from a Democrat to a Republican.

Simon: Yeah. Because it was during the Reagan administration. And what was the name of the guy who was the Press Secretary there? Marlin Fitzwater.

Simon: And he was so terrific to me. I said these Republicans are great guys. He would bring me back.

Leahy: He was a nice guy.

Simon: Yeah. He would bring me back in the back room of the press office there and give me some bourbon and branch. (Leahy chuckles) And I’d say I thought Republicans were bad guys. That was a long time ago.

Leahy: So I’m reading into this. Richard Pryor was is a really great guy.

Leahy: This is not something you would necessarily say about Whoopi.

Simon: With Whoopi, the relationship disappeared. She was okay. She was very bright. What she does now I think is ridiculous. It’s a parody of herself.