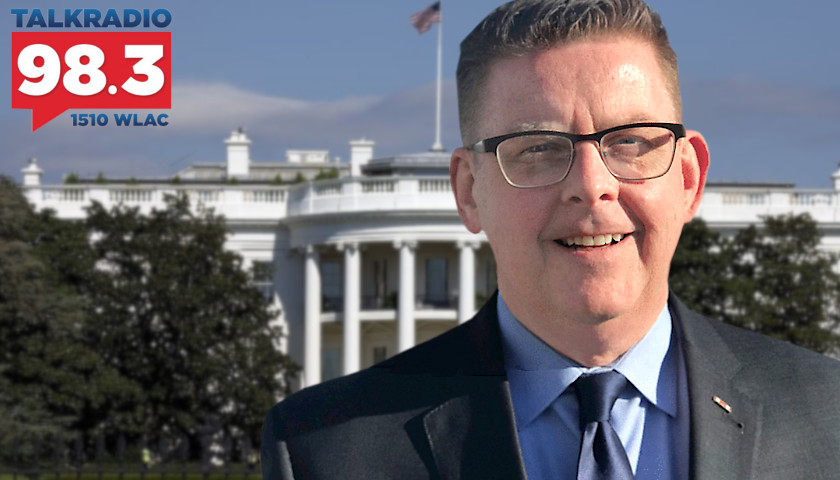 Leahy: We are joined on our newsmaker line now by the very best Washington correspondent in the country, representing Star News Network and The Tennessee Star, Neil McCabe. Good morning, Neil.

McCabe: Michael, a pleasure to be with you.

Leahy: What’s been going on in Washington this past week? What kind of trouble are they cooking up for the American citizens there in Congress?

McCabe: Like I said last week, the opportunity to really move the Biden that agenda ended July third at midnight. And so now, basically, we’re sort of like in sports.

You’d call it garbage time between now and when people come home after Labor Day. And then they have to deal with the federal budget, which has also been put off.

I see nothing concrete moving on the Biden agenda, and pretty much it’s dead unless you consider some kind of push after his State of the Union address in 2022.

The problem is that Republicans are targeting 60 House Democrats. And those House Democrats are going home, and they’re finding out just how dangerous their reelection is.

And it’s going to be very, very scary for the Democrats because when these people come back to D.C. after Labor Day, they’re going to realize that Biden can’t save them, and they’re going to have to sort of figure out how do I keep my job?

It’s very scary for the Democrats. I’ll put it this way, if McCarthy flipped five seats today, he would be the Speaker of the House today.

And so he doesn’t act like somebody who’s five seats down. But when you’ve got a five-seat margin as Nancy Pelosi has, that means that she can only give five people a pass when there’s a tough vote.

When she had a 20 seat majority in the last session, that meant she could rotate around 20 people. Maybe they don’t want to take a tough gun vote.

Maybe they don’t want to take a tough tax or life vote. Now she can only rotate five people around. The Republicans should be pressing them every day.

They’re not because McCarthy just wants to run out the clock. But I don’t see anything really crazy or any of the sort of radical stuff that people were imagining would pass in January getting through any time soon.

Carmichael: When you say any time soon when they get ready to do the budget for the year, are you saying there won’t be some big package that’s passed without on the 50 vote in the Senate, deal?

What do you call that? Reconciliation? Are you saying that there will not be a big reconciliation bill, that it’ll be a continuing resolution?

McCabe: Reconciliation only matters in the Senate because you need a simple majority to pass that because it’s exempt from the filibuster rule.

And you only get one bite at the apple every fiscal year. But time is running out. The closer we get to 2022, the fewer Senate Democrats are going to want to be associated with the Biden administration program and certainly the leftists who have taken over what’s going on in the House.

Carmichael: Well, let me ask you this. If they were to pass a tax increase that was not necessarily as big as what Biden has asked, but still big and they did it through reconciliation without a single Republican vote.

How many Democrats in the Senate who are up for re-election in 2022 would that then put at risk?

McCabe: There are three who are on the bubble right now. There are about 20 something that are actually up for reelection.

I will challenge you and say that there is almost no way Biden is raising taxes this session.

Carmichael: Okay. Now, who are the three?

McCabe: You got Hassan in New Hampshire. You have Mark Kelly in Arizona. And then you have _____ in Georgia.

Carmichael: Who would be the next two Democrats in the Senate who would put themselves at risk if they voted for a big tax increase?

McCabe: There’s a raft of them. I think that focusing on those three because remember, there are only 12 Senate Democrats who are up. And so most everyone else is sort of in a safe seat.

The problem you run into is that when you have 60 House Democrats who are under attack, there’s a lot of fundraising money that now has to be spread out on the House side. Remember, in 2018, when Paul Ryan left 40 seats unchallenged?

There were 40 different races that the Democrats didn’t have to spend a dime on. Or you take Elizabeth Warren when she ran for reelection, the Republicans didn’t give Jeff Deal a dime to run against her.

Now, the Democrats are on serious defense in 60 races and three very serious Senate races. Those three Senate races could get very expensive.

Leahy: Let me shift gears, if you don’t mind, Neil. I have an interesting question for you. Liz Cheney has decided she does not need to be a respondent to what the Republican leader, Kevin McCarthy, wants.

She is actually responding to what Nancy Pelosi, the Speaker wants. The Democrat. She’s volunteered to join this January 6 select committee basically thumbing her nose at Kevin McCarthy.

My question to you is why don’t the Republicans just kick Liz Cheney out of the party so that she will not be able to participate in the GOP primary because she looks to be aligned with the Democrats, not the Republicans? What’s your thought on that?

McCabe: In British Parliament, they call that restoring the Whip when you take control of your party. Remember, Boris Johnson had his last election where he literally kicked 20 Conservative members of Parliament out of the party.

He withdrew them from the Conservative Party. And he ended up winning one of the largest parliamentary majority going back to say, Margaret Thatcher.

McCarthy was weak the first time Liz Cheney was challenged. He pretty much had no choice the second time. And now he said that he would withdraw people’s midi assignments if they agreed to participate in the January sixth Commission.

She called his bluff, and he backed down. Mccarthy’s playing a very dangerous game because he wants to ride out the clock. We are one quarter down.

He’s got three quarters to go, and he’s already in the pre-game defense. I would look at the guy named John Caico from upstate New York.

He also voted to impeach Trump. McCarthy put him in charge of negotiating a January sixth Commission. And he also put Caico in charge of the Republican responses on Russian hacking and interference in our political system.

Which, if anything, is a dog whistle to the Trump haters. And so McCarthy is playing a very dangerous game. And you pointed out with Liz Cheney, but I think it’s true with other people. He refuses to restore the Whip.

Carmichael: Who would be a better person to be leading the Republicans in the House than Kevin McCarthy?

McCabe: Jim Banks. I think you’re going to see Jim Banks as the next Speaker of the House. He’s the chairman of the Republican Study Committee.

And you could even see the Republican Study Committee and the Freedom Caucus sort of folding into each other. But I think that Banks would be someone who could do a great job.

Andy Biggs from Arizona would do a great job. There are plenty of people out there. But I don’t think he necessarily wants to.