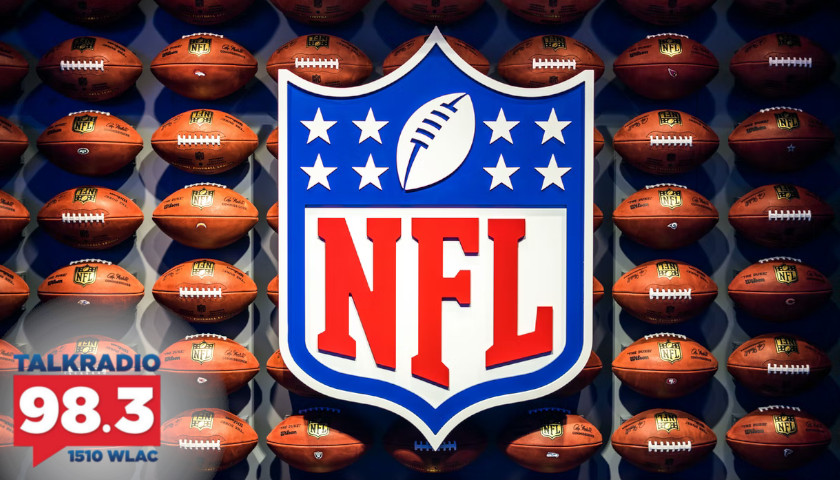 Live from Music Row Friday morning on The Tennessee Star Report with Michael Patrick Leahy – broadcast on Nashville’s Talk Radio 98.3 and 1510 WLAC weekdays from 5:00 a.m. to 8:00 a.m. –  host Leahy welcomed Democrat Caller Carl to the newsmaker line to weigh in on Nancy Pelosi’s future as Speaker of the House, her recent comments to athletes regarding the Olympics and China, and elements of the NFL racial discrimination lawsuit.

Leahy: We welcome to our newsmaker line, our very good friend Carl, who’s been listening and a longtime caller. Welcome to The Tennessee Star Report. Thanks so much for calling in.

Carl: Listen, man, first of all, be careful driving home. Everybody else, be careful. Thank you for the invite.

Leahy: Hey, Carl, some of our listeners may not be familiar with the bet that you and I had. And you stomped me on the bet.

Carl: Yes, you did. And you were respectful of the time period in which I wanted to take care of it. And we did.

Leahy: The bet that we had when the new President was inaugurated on January 20, 2021, you bet five months before it that it would be Joe Biden and I bet it would be Donald Trump, and the loser would have to pay for a steak dinner at Rafferty’s. I lost and we had a great lunch, didn’t we?

Carl: Absolutely. What a great lunch.

Leahy: Crom Carmichael is here and wants to say hello.

Carmichael: Hey, Carl, how are you doing?

Carmichael: Carl, now my question is on behalf of Mike. He doesn’t know I’m doing this, but do you want to place a lunch bet on who will be the next Speaker of the House? Which party?

Carl: No, because I don’t know who will be the Speaker, but if it trends the way they’re supposed to be, the way it always has gone, it will go back to the party that’s out of power, out of the White House, but that’s yet to be seen.

Carl: I don’t disagree to be disagreeable. I do agree with your take on Nancy Pelosi. I believe that you have to be respectful of being a good guest. I was taught that. I’m pretty sure all parents taught the same thing.

Be a good guest. But still, in the spirit of the Olympics, especially with the precedent of the ’68 Olympics, protest your ass off.

Leahy: (Chuckles) So you disagree with Nancy Pelosi on that?

Carl: Yes, yes, yes. Protest your ass off. Now here’s the thing, though. When I found out the Miami coach was fired, that was shocking.

I was stunned because I thought that if the coaching staff, with the job they did here in Nashville, if he didn’t get the coach of the year, I thought it was going to go to the guy in Miami.

Leahy: I agree with you completely, Brian Flores. I was shocked that he was fired.

Number two, when I listen to the things that were in it, it’s believable because you don’t fire an up-and-coming young, hot, head coach that turned your team around two years in a row unless you’re pissed at him. And the owner was mad at him for not taking those games and getting a better draft pick a couple of years ago.

Leahy: I saw that in the complaint. And that is obviously inappropriate behavior. And if true, inappropriate. But here’s the big question just on the Miami incident for a moment.

If that’s true, if you tell your coach to tank the games, that’s kind of a violation of some NFL rules. But here’s my big question: how is that evidence of racism?

Carl: That’s just one part of the thing. That’s one part of the suit. Then the other part is the giant thing that’s the most damning – you have this man come in for an interview after you knew you hired someone else. That’s not cool at all.

Leahy: He sued three teams, right? Miami, Denver and Giants. I don’t see the claim of racism in Miami. But let’s go to New York now for a moment. So walk the audience through what you’ve read about that.

And Brian was like, well, did you hear something? Because I don’t interview with them until Thursday, two days later. And he was like, oh, well, damn, I made a mistake. Brian then takes it back and says, “Are you talking about me or the other Brian coordinator in Buffalo?”

And then Bill Belichick said, “Man, I f’d up.” This is literally what he said, “I f’d up. My bad.” The lawsuit part of that is valid because he learned about it through Bill Belichick for congratulating the guy.

What is Bill Belichick doing knowing about what’s going on with the New York Giants and that hire in the first place? Number one. And number two, you don’t bring someone in as a token interview when you already hired someone else. At the very least, it’s not cool, right?

Leahy: Yes. I see the line of reasoning there.