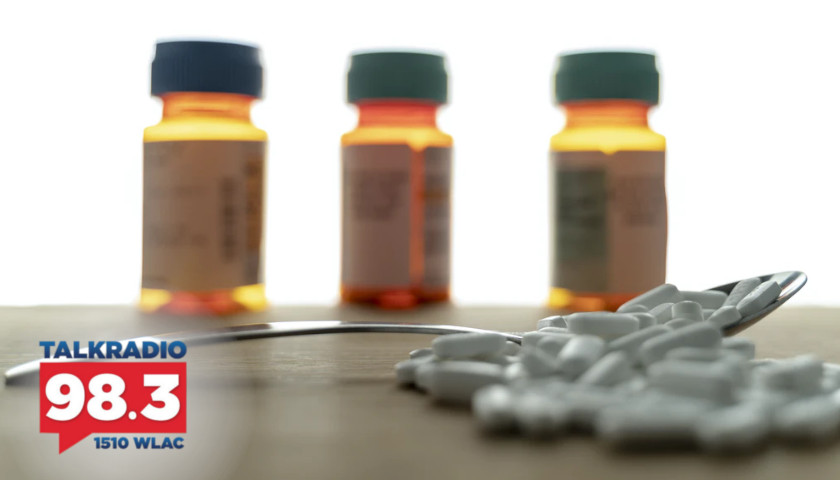 Leahy: We are joined in studio by the original all-star panelist Crom Carmichael. Crom, good morning!

Carmichael: Good morning, Michael. (Chuckles) I’m watching you do three things at once.

Leahy: Is it very entertaining?

Leahy: Multi-tasking. (Laughter) For those of you listening, you know, occasionally I am multitasking. I’m talking on the air. I’m finalizing the edit.

This is just a secret for everybody out there. I’m finalizing the edit of a Breitbart News story that has a deadline in about half an hour. And I forgot to get headphones for Crom.

Carmichael: That’s okay. I can still talk with that headphones.

Leahy: I was fumbling and mumbling and bumbling in order to get them for you. Also, I have to salute teamwork here. Our great producer, Scooter, has produced for me perhaps the most delicious cup of radio station coffee I’ve had in some time. Thank you, Scooter. I really appreciate it.

Leahy: I don’t know how you got this great quality.

Carmichael: So we have coffee back in the break area.

Leahy: And it’s fresh. Scooter may be a coffee specialist.

Leahy: Now our number one plan though, Crom, is always we have to get a fantastic coffee sponsor and we would talk about them voluminously because we love coffee.

Carmichael: Yes. I don’t know why that hasn’t happened yet.

Carmichael: Your phone should be ringing.

Leahy: It should be ringing off the hook – A coffee vendor just wanting to get in.

Scooter: You just had a guy on with the last name Starbuck.

Leahy: Now, that’s a very good point. Crom, what is on your mind?

Carmichael: This morning I stumbled across an article that then caused me to dig deeper and deeper.

And it’s really quite interesting because this whole COVID government demands and all this stuff where the government’s trying to crush our spirit by making all these demands on COVID. Yet they do nothing – nothing – zero about the overdose of opioids.

Do you know how many people died of overdoses from opioids? And I’m talking about now mostly from Fentanyl. I’m not saying 100 percent.

But the data show that  Fentanyl is by far the largest problem. Let me make sure about something. Fentanyl is an illicit drug. Most of it is manufactured in China.

It’s brought in through Mexico. Now you hear Anthony Fauci talk about how young people need to wear masks. Let me give you a little bit of data here.

Do you know what the average age of death of Fentanyl is? 32. 93,000 people have died from Fentanyl. How do you stop Fentanyl deaths?

Leahy: And you know, the weakness that we have right now in the foreign policy of the maladministration of Biden and Harris is in those areas precisely.

Carmichael: That’s because the issue is not what they claim it really is because the facts would prove otherwise. What I’m saying is that the deaths from Fentanyl are skyrocketing. They are going up and they are climbing.

COVID deaths are descending at a very, very rapid rate. There are solutions. I’m not going to claim they are simple to execute, but they are simple to identify. Execution is different. Biden is making no effort. In fact, he’s doing exactly the opposite.

Leahy: By the way, let me just interject here for a moment. When you say you take any major policy issue today, you can start by saying Biden is making no effort to.

But he’s doing exactly the opposite. That applies to virtually every major public issue.

Carmichael: That’s because he’s always wrong. I mean, we’re not joking here. What I’m saying is he has a 40 to 50-year history.

Robert Gates said he wasn’t right on a single foreign policy question in over 40 years. I would argue that that holds true.

Leahy: He has a consistent record of being wrong.

Carmichael: Yes. Let’s review. That’s because he has three screens through which he makes decisions. The first screen is, do I get money out of it myself?

If the answer is yes, there’s a good chance that policy will become The Hill endorsed policy. If it doesn’t make money for him, but it doesn’t cost him anything personally, the second question is, does it help my family?

Can my family make money from it? If the answer is yes, it will get his support. And then the third screen is, does it help my party? The Democrat Party?

It doesn’t matter whether it helps the country. It could hurt the country. All these things – himself, his family, and the Democrat Party – he doesn’t care if it hurts the country as long as it helps one of those three.

And by the way, Trump was trying to control this by shutting down the border and building a wall. But then he did dramatically control illegal immigration.

But still, the Fentanyl people were able to figure out a way to get across the border, even though it was in relatively small numbers. It doesn’t take a lot of Fentanyl to kill thousands and thousands of people.

And so you have a foreign adversary in China that manufactures it. And then you have the drug lords out of Mexico that gets it into the country.

Carmichael: Well, it’s easy to do. That wasn’t hard. The Milleytary is being used now to move illegal immigrants who come across the border are actually helping.

Leahy: That is illegal.

Carmichael: It is illegal.

Leahy: But just about everything they’re doing is illegal.

Carmichael: Yeah. But especially when it comes to immigration. The Milleytary is helping to move illegal immigrants all around the country.

And the commanders are telling the subordinate troops to take no pictures and do not post any of this on social media. So they know what they’re doing is wrong.

Leahy: This is extremely disturbing to me, Crom. The politicization of our military. It seems to be in full form right now.

And we saw actually, I think during the early Trump administration, some evidence of that. In the debacle of James Madison as the secretary of defense, he was fully woke.

And you had all these Obama administration leftovers in the Department of Defense who were woke.

Now I look at this and I say, what is the solution to un-woke our military and turn them into a fighting machine that will defend America?

Carmichael: Well, you’re not going to do it with President Biden because they’re doing his bidding. And so if Trump were to be reelected or someone else or a Republican is reelected and the goal is to do that, then you’d need to clean out a lot of the hierarchy in the military and in the Pentagon.

Leahy: I’m not an expert on the military, but we need to get Representative Mark Green on because he went to West Point and served in Iraq.

Carmichael: And it would have to be people who have not had a career in the Pentagon. And it has to go very deep. You have to go very, very deep.

Leahy: On that cheery note, Crom, we’ll take a break.