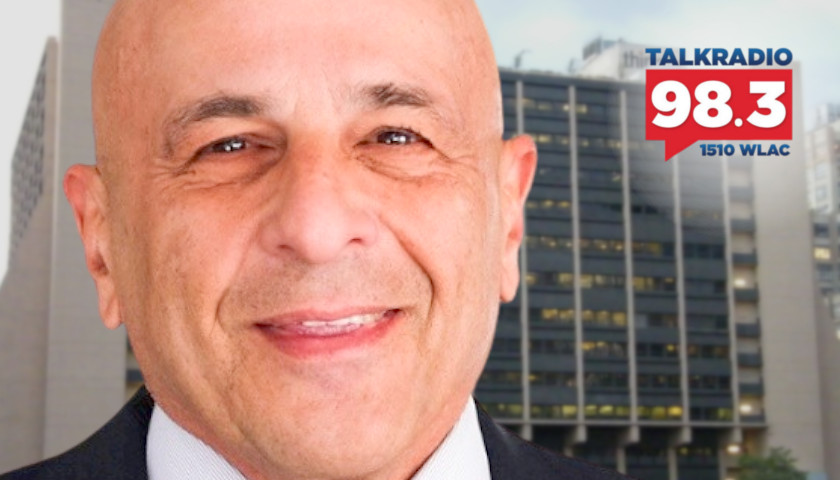 Live from Music Row Thursday morning on The Tennessee Star Report with Michael Patrick Leahy – broadcast on Nashville’s Talk Radio 98.3 and 1510 WLAC weekdays from 5:00 a.m. to 8:00 a.m. – host Leahy welcomed all-star panelist and The Epoch Times’ editor-at-large Roger Simon in-studio to discuss the status of the Tennessee state three-year residency bill and the AP‘s false interpretation of where it stands.

Simon: Good morning. I actually got up early this morning because I knew there was big news in Tennessee.

Leahy: So here’s the news I’d like to get your comment on. First, yesterday afternoon we broke the story that the three-year residency bill to be a candidate on the ballot for the U.S. House of Representatives for the primary ballot was enacted into law, because Governor Lee sent, unsigned, the law back to the Tennessee Secretary Senate clerk.

Simon: Why did he do it that way? We should get into that.

Leahy: We’ll get into that in just a minute, and then literally within one hour, the Tennessee Secretary of State, this is our lead story at The Tennessee Star.

Tennessee Secretary of State Tre Hargett – Tre, I’m talking to you – offered conflicting comments on whether he will enforce the residency law and remove carpetbaggers Morgan Ortagus and, most likely, Robby Starbuck from the Tennessee 5th Congressional District GOP primary ballot.

Roger, the governor of Tennessee, Bill Lee, had a spokesperson tell the Associated Press this after we reported that the law was in effect because 10 days had passed and he hadn’t signed it and they hadn’t vetoed it. This sounds eerily like, oh, I don’t know, a statement that was made by Morgan Ortagus’s campaign recently.

Simon: I thought you were going to say Kamala Harris.

Leahy: Yeah, either one. I can’t tell the difference these days. ‘We feel the voters are best able to determine who should represent them in Congress.

Well, Governor Lee, if you had the courage of your conviction, you would have vetoed the bill. But why didn’t you veto the bill? Because it would have been overridden easily.

Simon: Easily. But there’s another thing, everything is going on below the surface here. This is a kind of dirty politics as practiced in Tennessee, but also in New York and California. And regrettably, virtually every other state, maybe save Florida, because they have a governor with a spine.

Leahy: I think you’re going to say something else. The spine is good, though. Get the point across. (Laughter)

Leahy: It’s interesting that the AP quickly jumped into the fray to tell us this law was invalid when, of course, it’s premature in the extreme. But the AP, I will say to everyone out there, do not think of it as an even-handed institution. It is quite in the hands of the liberals.

Simon: And it’s gotten worse and worse over the last few years.

Leahy: And the Secretary of State’s office issued a confusing statement that conflicted with their previous comments right after we broke the story.

Leahy: There you go. They said, “The bill was not signed into law before the April 7th filing deadline. The requirement does not apply retroactively to candidates who met the qualification deadline at noon on April 7th.”

That was all they said. The AP took that and ran with it and said, their headline said, “Trump–Backed Candidate on the Ballot.” No! Wrong interpretation, AP.

But they hung it on this inconsistent and false statement actually issued by the Secretary of State’s office. Trey Hargett, I just said that, and you can come in and try to defend that statement, but it is a false and misleading statement.

Simon: I’m going to be the nasty guy here. There’s been a little bit of nasty. I’m going to go further. Here’s the thing. When you look at politics, you should always look at the politics behind the politics.

What’s going on here is what I will call fear of the most powerful politician/non-politician in the state of Tennessee, a man named Ward Baker. I like Ward Baker, personally. He’s a political pro. He’s a very charming guy, very smart.

Leahy: You brought up Ward. Let me just say very smart guy. He’s a personal friend of mine as well. I like Ward, but he plays hardball.

Simon: He plays hardball, but that’s his job. He’s paid by candidates to get them elected. He’s done a good job with Marsha Blackburn, Mike Pompeo, and people outside.

Leahy: What do you see? Because these are your words, not mine. But we’ll comment on it.

Simon: He figures beneath the surface of this, and that is all of these people from the governor to Hargett to the Speaker of the House, all these people have their eyes on a higher office. That shouldn’t be news to anybody out there.

But that’s what the truth is, and they’re playing this whole game. First of all, they’re afraid that they don’t want to go on the wrong side of Ward because they need Ward down the line, or they don’t want Ward against them.

Leahy: That may apply to some, but not all. But we’ll talk about that.

Simon: I’m just giving you my way of looking at this.

Leahy: Since we’re talking about Ward we probably got to get him on the show and discuss these things and other things. Ward, I’ll call you.

Simon: I think it’s fear of him. That’s a different thing.