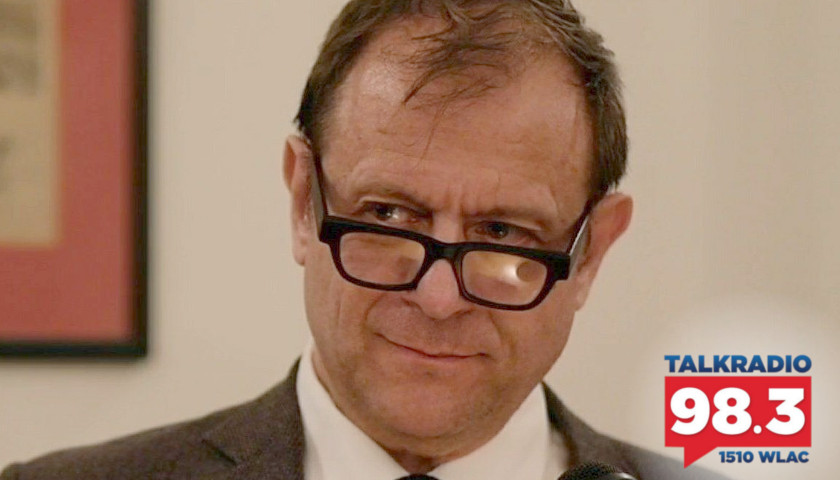 Live from Music Row Friday morning on The Tennessee Star Report with Michael Patrick Leahy – broadcast on Nashville’s Talk Radio 98.3 and 1510 WLAC weekdays from 5:00 a.m. to 8:00 a.m. –  host Leahy welcomed Dr. Michael Rectenwald to the newsmakers line who is the author of 11 books, including Thought Criminal and Google Archipelago to discuss his new venture as chief academic officer of americanscholars.com that provides pro-America education and a place for parents and educators to congregate in the battle against woke education indoctrination.

Leahy: We are delighted to be joined on our newsmaker line by Dr. Michael Rectenwald. Former Professor of Global Liberal Studies at NYU from 2008 to 2019. He has a Ph.D. from Carnegie Mellon and is the author of Thought Criminal, Beyond Woke, The Google Archipelago, and Springtime for Snowflakes: Social Justice and Its Postmodern Parentage.

Now, if that’s not enough he is now the chief academic officer for a new organization called American Scholars. On the web at americanscholars.com. Good morning, Dr. Rectenwald.

Rectenwald: Good morning. Great to be here. How are you, Mike?

Leahy: I am so glad to have you on. Once again, I’ll just say this for our listening audience. You are one of the bravest members of academia in modern American history. And I salute you for all that you’ve done to advance the cause of intellectual honesty.

Rectenwald: Thank you so much. I appreciate that. I’m fine. I’m doing my best.

Leahy: (Laughs) I can relate. We’re all just doing our best. Michael, American Scholars on the web at americanscholars.com is described as a pro-American education platform. Members will learn American constitutional values at any time.

Lessons and informed discussions led by top university professors. You’re the chief academic officer. When did this start? And how can people participate in americanscholars.com?

Rectenwald: We started putting together the whole platform and hiring the faculty about four months ago, and we’re ready to launch on July 4. We’re launching on Independence Day.

Leahy: I love that!

Rectenwald: It’s time to claim your academic and educational independence.

Leahy: Now, if you go to americanscholas.com today, you just see the one Web page. But I guess on the fourth, which is just three days from today, the fourth of July, you’ll have a more robust site.

Rectenwald: You’ll be able to sign up and you’ll go into a forum where people are discussing all these issues of relevance today, like Critical Race Theory. And people will be able to organize, congregate and then also talk with top professors on all the issues that are plaguing us today.

Critical Race Theory, Big Tech censorship, socialism, and the way the free market is being run down and overcome by socialism. All of that will have top professors there talking with you about all those issues and giving you expert advice.

Leahy: Whose idea was American Scholars? Who are the founders of it? And what’s the form of organization?

Rectenwald: It’s a partnership, and it was founded by Matt Pohl. He’s a former academic advisor and admissions officer at the University of Penn. And then we have a technology person who wants to remain anonymous because he’s still involved in Big Tech, and he’s afraid of being canceled.

And he’s another principle. And then myself. We’re the three principles. And we’ve hired faculty members and we have a board of directors. And so we’re a partnership. And we’re launching on the fourth to bring all this to people and to bring non-indoctrinating education to people.

Plus, giving parents who are dealing with Critical Race Theory in the schools a place to congregate, to organize, to get completely up to speed, and how to counter all this.

Leahy: And are you able to finance this all from your own investments? Is it a nonprofit? How do people support this financially?

Rectenwald: You’ll be able to sign up for as little as $5 you can be on the platform, and then you have an opportunity to donate additional money at the same time to help support us. Because basically, we’re bootstrapping this entirely on our own.

Leahy: I can relate.

Leahy: We’re going to help you. And we’ll talk offline. We’ll do some banner ads and maybe some other advertisements to support your great efforts at americanscholars.com. When we come back, we’ll have more with Professor Michael Rectenwald.