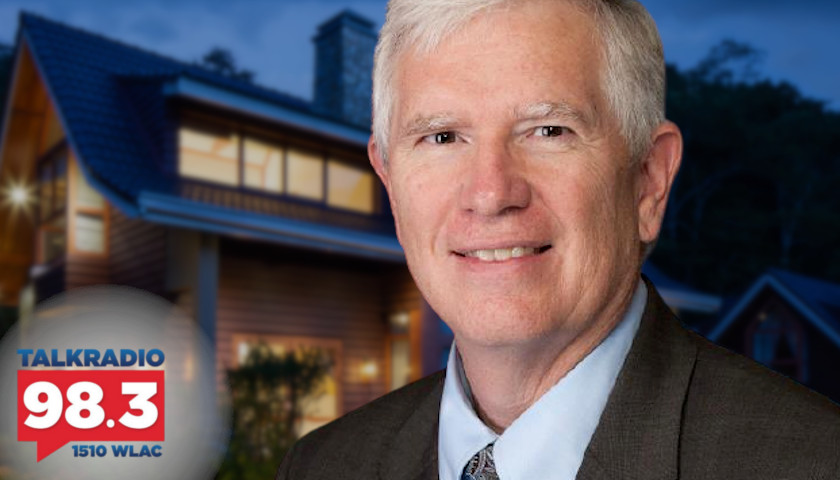 Live from Music Row Friday morning on The Tennessee Star Report with Michael Patrick Leahy – broadcast on Nashville’s Talk Radio 98.3 and 1510 WLAC weekdays from 5:00 a.m. to 8:00 a.m. – host Leahy welcomed the original all-star panelist Crom Carmichael to the studio to discuss Mo Brooks’s wife being served by a trespassing investigator, the severability of the Affordable Care Act, Hunter Biden’s straw art scheme, and the instability of Texas’s grid.

Leahy: Crom, what’s going on today? What’s on your agenda to cover?

Carmichael: Michael, there are three little stories here, because hopefully, we have Jim Roberts coming up at 7:15 to talk about where that referendum stands. But some people in the audience may already be aware that Eric Swalwell hired an investigator to try to serve some kind of a lawsuit on a fellow congressman named Mo Brooks. And this investigator finally ran down Mo Brooks’s wife in her home. And that’s all on videotape.

Leahy: I saw the video.

Now there’s a warrant out for that investigator’s arrest for trespassing. Here’s what’s going to be very interesting about all this. And that is Nancy Pelosi says no one is above the law.

There was no knock on the door. There was nothing and he just raced in. He broke into the house and served the warrant. There’s an arrest warrant out. The second story that I want to cover is the Supreme Court has left the Affordable Care Act intact.

Amy Coney-Barrett voted with the majority to make this particular part of the Act severable, meaning that Congress has said that the penalty for not carrying insurance shall be zero.

Maybe you can sever another part of the act. I don’t know, but at least that part you can. Here’s what’s interesting about that. I’m reading a book and I will bring the title, and I forgot the title of the book.

But he gives examples. There was a guy on a bicycle who got knocked off his bicycle and got a gash on his head. He was taken by ambulance to the emergency room. He waited two hours, and they put in five stitches, and he went home. How much do you think the bill was?

Leahy: (Laughs) What would be the most outlandish possible bill? It’s more than that.

Carmichael: That’s the only one who gets more money for moving something around is one Hunter Biden on his artwork who paints with a straw. Now, that’s kind of interesting. He blows paint through a straw, and then he sucks something else through a straw.

Leahy: I don’t even want to go there.

Carmichael: Well we know that. That’s not an allegation. There are pictures of it. So he loves straws. Guess how much they’re selling his artwork for?

Carmichael: Of course it is. And the day, Michael, the day that he announced he was going to do art, I said this is just the Biden family way of letting people who want to get something from Joe Biden pay money. So that’s what it is.

Carmichael: It’s more than the appearance Michael, I’m sorry. I don’t buy the appearance. It takes maybe a couple of days to blow paint through a straw. Then there is an art director in New York who probably has Washington connections and puts it on sale for $500,000.

So that’s kind of interesting. The last little thing I want to talk about is that Texas and California have really gone green. In Texas right now the weather is hot. It gets that way in the summertime.

So this is not unusual. But Texas is now telling everybody to set their thermostat at 78 degrees during the summertime because their grid is so unstable.

Now, I’m not saying that all green energy is bad but if you’re going to rely mostly on it, your grid is going to be unstable inherently.