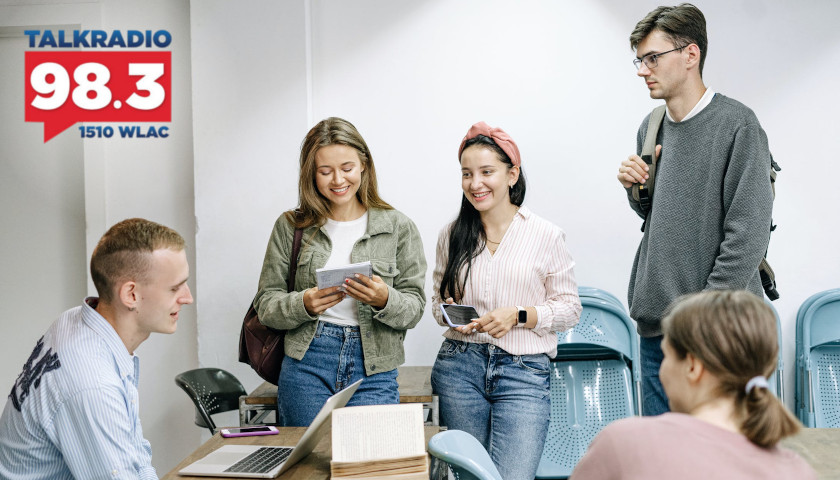 Live from Music Row Monday morning on The Tennessee Star Report with Michael Patrick Leahy – broadcast on Nashville’s Talk Radio 98.3 and 1510 WLAC weekdays from 5:00 a.m. to 8:00 a.m. – host Leahy welcomed the Director of Outreach for PragerU Jill Simonian to the newsmakers line to talk about their new PREP curriculum for parents and teachers and critical race theory in public and private schools.

Leahy: We are joined on our newsmaker line by a native of Fresno, California, and the director of outreach for Prager University. Jill Simonian. Good morning, Jill.

Simonian: Good morning, Michael. I love that you found my Fresno, California roots. I love it!

Leahy: My kid brother lives in a suburb of Fresno right now. He’s a pharmaceutical sales manager for the West Coast for somebody, and he loves it out there.

Simonian: Nice. Anytime someone mentions Fresno, I smile. I live in the Los Angeles area now, so it’s a little bit different. But I’m out here in California.

Leahy: You’re the director of outreach for Prager University, a great gig, and a great organization. Tell us what PragerU’s PREP program is about.

Simonian: PragerU, most of your audience I’m sure is familiar with PragerU and Dennis Prager and the idea of free videos and free minds. We like to promote diversity of discussion. And PragerU has just launched well, I don’t know if I could say just launched anymore because it’s been a few months, but we’ve launched a new program specifically for parents and educators called PREP. PragerU Resources for Educators and Parents.  And it’s a group that is encouraging parents and like-minded teachers to find kindred spirits in uniting to celebrate our American values, hard work, equality under God, responsibility for the individual. All of those American values that we share and we want to celebrate for our children.

Because what’s happening in our schools right now, public and private across the country is a very divisive implementation of critical race theory, gender identities, political narratives, and things that are really inappropriate for school curriculums that are being pushed, and PREP seeks to offset that by offering families, educational and entertaining videos and resources that we can share with our kids. To reinforce our American values and to unite us, that we really are one here in America through our differences. And that’s what PREP is seeking to do.

Leahy: Jill Simonian is the director of outreach for Prager University. We’ve been hearing lots of stories from parents and teachers around the country that critical race theory is permeating K-12 public education. Are you hearing those same stories at PragerU?

Simonian: Yes. Yes. Yes. It’s really disturbing. And I’m smiling, talking with you because I’m thrilled to be able to talk about this and to raise awareness and really open parents’ eyes as well as communicate with teachers who see the danger in doing this to our kids. But it really is disturbing, and it’s not funny at all. And it’s happening in some of the most expensive, elite private schools. I mean, the past few days, we’ve seen articles about the Brearley Schools and Dalton Schools in New York, but also it is permeating into public schools.

And last week, there was another piece yet out here in California from the Santa Clara County Office of Education describing the types of curriculum that they are trying to push into public school classrooms making children, and this is a quote used by the author of the article, Christopher Rufo, making children as young as kindergarten, merchants of revolution, trying to teach them that the group is more important than the individual.

It’s really trying to incite Marxist ideals. It’s really scary. And in our PREP group anyone who donates $25 a year to Prager U, automatically can become a PragerU PREP member. And what that includes is a private Facebook discussion forum. We’re on Facebook right now but we’re moving to an app in the summer. But a private discussion forum that consists of parents and teachers sharing stories from across the country because we always hear about California and New York.

But there are things happening in Middle America and some of the most rural parts where parents are writing into this discussion forum saying, I never really thought that this was going to be in my kid’s classroom. But here was the sign that was posted when I walked in. Here was the survey question that my third-grader was given. Here was the class discussion that my middle school was obligated to take part in, even though it goes against American ideals. And parents are sharing stories with teachers. And our PREP group in just a few months has amassed to 10,000 members.

Leahy: Jill Simonian with Prager University, the author of that article about the parent leaving the Bearley School because they’ve been pushing this critical race theory down the throats and he is in the studio with us Roger Simon, editor at large with The Epoch Times. Roger has a question for you.

Simon: Well, what you’re saying is terrific, and I’m a big admirer, and I’m an old friend of Dennis’s actually when I lived in LA. I fled LA. My condolences to you. You still have to live there. (Simonian chuckles) I think we ordered a find critical race theory for our audience. What it really is is the upending of Dr. Martin Luther King who famously and quite courageously told us we should judge people by their character. Critical race theory says we should judge people by their race.

Simonian: You’re absolutely right. And I’m glad you brought that up because here I am, day in and day out and I’m constantly talking about this, and I assume that people know what critical race theory is. But the reality is is that a lot of people do not know the dangers of it. And you said it exactly and perfectly. Critical race theory in schools teaches children all subjects through a lens of race.

Simon: And everything about them is dependent on race. It is a truly fascistic and reactionary idea that comes out of failed Marxism, where the Marxist originally thought everything was about money essentially. They failed with that and the working class didn’t buy it so they came up with critical race theory in Europe. It came from the Frankfurt School to America.

Leahy: Jill, let me ask you this question, what happens to teachers who raise objections to the teaching of critical race theory either in public K-12 schools or private K-12 schools?

Simonian: The pattern that we’re seeing in our PREP group and then, of course, also with articles that are sprouting up daily is that teachers who express any kind of concern or descent or just simply say hey, I don’t know about this. This seems strange to be teaching a second grader to recognize someone’s difference by the color of their skin. This is wrong. This is neo-segregation.

Any teacher who may bring this up is chastised and possibly punished. Also, I heard some cases of teachers being told by their principals or administrators this is why you’re part of the problem, and this is why we have so much work to do because you don’t understand how important this work is. And that is the most frightening thing of all.

In California, there is one school district that said with math, you have to get the right answer. And they said that the pressure for students to obtain a correct answer for a math problem is rooted in fear which is rooted in racism. And if that doesn’t sound the alarm, I don’t know what else does.

Simon: I think Xi Jinping is very pleased to hear that. (Laughter) We’re raising a generation of ignorant people. That’s it.

Leahy: Tell us again now, for parents that are upset with critical race theory, I guess the options are to take their kids out of the school as the Bearley private school father did. Can a child in a K12 public school where they’re teaching this critical race theory actually get a fair education and not be ruined?

Simonian: I don’t know how to answer that question truthfully, because it really is a tough question. I don’t know if they can get a fair education. But what we as parents and teachers can do is to inoculate them to the best of our ability and to continue to speak up in the class with and continue to speak up, write letters, express concern, request one on one meetings with the teachers, administrators, principals, school districts, and school boards. We have to remember in public schools, the schools work for us. Those schools are funded by taxpayers.

Leahy: In theory. Jill Simonian Director of Outreach for Prager University. Thanks so much for joining us. Will you come back?

Simonian: I will come back! Join us at pragerU.com/PREP. We’ve got all new kids’ videos. Check us out. You are going to enjoy them with your families.