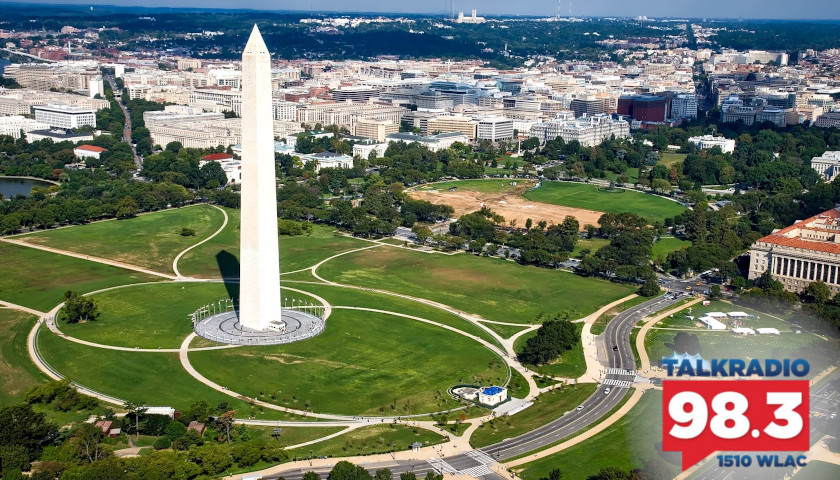 Host Leahy and Dr. Carol Swain Discuss the Probability of the District of Columbia Becoming a State and the Invocation of the 25th Amendment

Live from Music Row Thursday morning on The Tennessee Star Report with Michael Patrick Leahy – broadcast on Nashville’s Talk Radio 98.3 and 1510 WLAC weekdays from 5:00 a.m. to 8:00 a.m. –  host Leahy welcomed all-star panelist, Dr. Carol Swain, to the studio to discuss the possibility and the ways in which the District of Columbia could achieve statehood and invocation of the 25th Amendment.

Leahy: In studio all-star panelist Carol Swain. Carol, you were talking about this movement to grant statehood to the District of Columbia which by the way 95 percent voted for Joe Biden and 5 percent for Donald Trump. Population about 700,000. A little short of 10 square miles. Here’s what the Constitution says about this. Article 1, Section 8, Clause 17.

The Congress shall have the power to exercise exclusive legislation in all cases whatsoever over such district not exceeding 10-mile square as made by the succession of particular states in the acceptance of Congress become the seat of the government of the United States. So the Constitution says that then Article 4, Section 3.

New states may be admitted by the Congress into this Union, but no new states shall be formed or erected within the jurisdiction of any other state nor any state be formed by the junction of two or more states without the consent of the legislature of the state’s concerned as well as of the Congress. To me, Carol that looks like it would be unconstitutional for Congress to pass a law making the District of Columbia a state. What do you think?

Swain: Well, I think that they would have to amend the Constitution. And if you’ve been to D.C. lately, and I’ve been there in December it’s just devastated. You walk down the streets where you used to shop and there are boarded-up buildings. And everywhere there are black lives matter signs. and we have Black Lives Matter Plaza.

You go to Union Station and I used to love to go there and Shop. It was like a mall. It looks like a ghost town. I think there were two stores where they sold clothes. and they were big box stores. And so there’s no evidence that the leaders of D.C. can actually run it. I mean the Congress run by Democrats is a disaster. But until someone that thinks like a true Republican is in a leadership role in Congress that D.C. is just devastated. It needs more direction from Congress.

Leahy: Oh, yes. I think what we’ll see is a District of Columbia statehood act. It’ll be introduced. It will be very close. And then if it passes and is signed into law, there will immediately be a federal challenge. I think it goes to the Supreme Court and I think they say no. That’s what I think will happen.

Swain: It’s always been a perennial issue ever since I was in graduate school and maybe before to make a D.C. a state. But D.C. was a place where I loved to visit. I’m sure many other people looked forward to going at least once a year. I dread it when I have to go there again.

Leahy: We have another constitutional question from our caller and listener Don in Nashville. Don, welcome to The Tennessee Star Report.

Caller Don: Good morning guys. I have a comment and I have a question about Joe Biden. But I wanted to give Parler some advice. They need to call Hillary because she’s really good about setting up new websites. (Laughter)

Don: She’s good about servers. But my question is will the Democratic Party turn on Joe when after he gets done with all this and things start going real bad and they invoke the 25th Amendment on it and then start blaming him? Well, Joe didn’t know any better. And start blaming all the downfall on him? And I’ll hang up and let y’all answer that.

Swain: Well for one thing there’s no reason to get rid of Joe Biden as long as he is carrying out the agenda of the far left. If he were to start making deals with Republicans and governing in a bipartisan fashion they would be looking for a way to remove him from office. Many of us believe that the long-term plan of the Democrats is to install Kamala as the first female president.

Look, I don’t think that is that far away from a possibility frankly. because you look at it and it says a majority of the principal officers of the executive departments. That’s considered the cabinet. But I could argue that it’s maybe just the most important cabinet.

Swain: Well I’m standing on my position that as long as he’s carrying out the will of the political left and signing all the executive order executive orders and things that they want, they will continue to protect him. Because he’s not 100 percent there now. But at some point the play I believe is to make Kamala the first female president. She’d never get elected by the voters.

Swain: And so that’s the only way it’s going to happen.

Leahy: Yeah, if I had to guess whether or not we’ll see a 25th Amendment effort either with his cooperation or without, I would say the odds are probably fairly good.

Leahy: At least 50/50 that this will happen over the next four years.