Live from Music Row Wednesday morning on The Tennessee Star Report with Michael Patrick Leahy – broadcast on Nashville’s Talk Radio 98.3 and 1510 WLAC weekdays from 5:00 a.m. to 8:00 a.m. – host Leahy welcomed the Tennessee Star National Correspondent Neil McCabe to the newsmakers line to discuss where the irresponsible Democratic spending stands on both infrastructure and tax bills and the upcoming red wave of 2022.

Leahy: We are joined now on our newsmaker line by our Washington Correspondent for the Star News Network, Neil McCabe. Good morning, Neil.

McCabe: Michael, very good to be with you, sir.

Leahy: That is very good.

Leahy: You just made our day here, Neil. (Laughs) So, Neil, let me ask you this.

McCabe: This is why you bring me on board here. I’m good at my job. This is my function. I deliver the mail.

Leahy: So where is that boondoggle? How many trillion dollars is this infrastructure bill that’s basically a bunch of Democratic slush fund monies for liberal groups. Where does that stand now?

McCabe: I think it’s in really big trouble right now because three big reasons. Number one, the Republican moderates, especially those 10 moderate senators who are going to the White House and meeting with the President they have now come forward and say we’re sick of being used. The president uses us as props, and we were embarrassed and we’ve had no input. And we’re tired of being props. And that took two months.

So that didn’t take long for these guys to figure that out. The second problem is that they’re running out of runway on their calendar. Remember, the Biden administration went with the soft opening. They haven’t had a joint address to Congress yet. Now comes word that Nancy Pelosi the Speaker has invited Biden to speak to a joint session of Congress on April 28. We talked a while ago when I said the earliest it was going to be like this week.

So I wasn’t that far off. The problem is after July 4 nothing gets done until people get back from Labor Day. And then you’ve got the budget crisis because it’s the end of the fiscal year. They don’t have the runway to get done what they needed to do. And one of your clues about that is that at the press conference, Biden said that he was going to put forward his gun legislation after he got infrastructure done because he wanted to do everything at the right time.

And he wanted to schedule everything. He said that the part of presidential leadership is doing everything step by step. And then they panicked and then released their gun agenda and infrastructure isn’t in the bank yet. The third thing that’s going to really hurt that infrastructure bill is the fact that people in Washington are now very much aware that there is severe inflation on the horizon. We’re seeing it in home prices.

We’re seeing it in commodity prices. We’re seeing it in gas prices. There is price inflation. A lot of this rise in the stock market is not attributed to increases in productivity, innovation or future earnings it’s just sheer inflation. And one of the problems that you’re going to run into is that the more you spend like crazy, you’re going to continue to feed that inflation with that big COVID bill that they pushed through.

There was an argument that Trump’s government spending was responsible for that inflation. When Biden pushed through that COVID bill and then now talking about this infrastructure bill and his other spending bill, he is going to own the inflation that is going to come from all of this spending.

Carmichael: Neil, add to that their proposed tax bill, which essentially when you get to the fundamental understanding of the way the Democrats are thinking is they want to spend trillions of dollars from Washington, and they want to suck trillions of dollars from the private sector. So they’re essentially becoming for lack of a better term a kind of a fascist of government where Washington is in league with certain industries in the private sector. And I think the tax bill is also in tremendous trouble. And it should be. What do you think about that?

McCabe: What’s going to kill the tax bill is that everyone knows that there’s a red wave coming. Everyone knows that the polls severely undercounted or underrepresented the strength of Trump, especially with the irregular voters. And they’re sort of the unlikely voters who all showed up. So people are very scared of what Trump is going to be able to do.

McCabe: I mean, Trump is going to be able to deliver.

McCabe: Everyone everyone knows that Trump is out there. He’s not being treated like an ex-President. Believe me, I’m old enough to remember. Nobody was afraid of ex-President Jimmy Carter. No one was afraid of ex-President George H.W. Bush. Nobody was impeaching George H.W. Bush because they were afraid he was going to run again. Okay, that was clear very quickly. He was never running again. But Trump is active and he is there.

And the Democrats know they have one shot at smash and grab. The problem is if they do a smash and grab tax bill, the thing they have to fix is the limit on the deductibility of property taxes in these states, especially in the Northeast, where the property in California, where the property taxes are so high and that’s capped, I think the cap is what $10,000 from the 2017 tax bill? And that is really hurting the Democratic machines in New Jersey and New York and Massachusetts and Connecticut.

And people, can’t deduct their property taxes anymore. So what you have is what was happening before is the rest of the country was subsidizing the high taxes in the Northeast and these blue states, and they’re desperate to fix that. No Democrat in Colorado or Arizona or New Mexico or Missouri is going to defend cutting the taxes of rich people in New York.

Leahy: Last question for you, Neil from Crom.

They’re not going to be the Democrat senators from the states with relatively low taxes. If they do vote to repeal taxes, give billionaires in high tax states tax breaks then they’ll be facing a rough midterm. Do you know how the Republicans are doing in recruiting candidates for the House and Senate?

McCabe: This is going to be a great recruiting year for Senate races and House races for the Republicans going into these midterms. And remember that with Trump, he wasn’t personally popular, but his policies were. Biden is personally popular, but his program and agenda are not. And if the Republicans focus on the agenda, they will crush the Democrats. 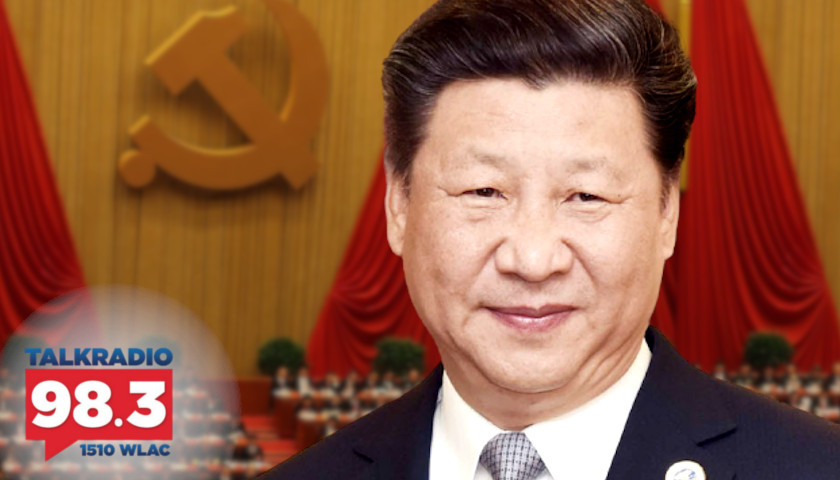