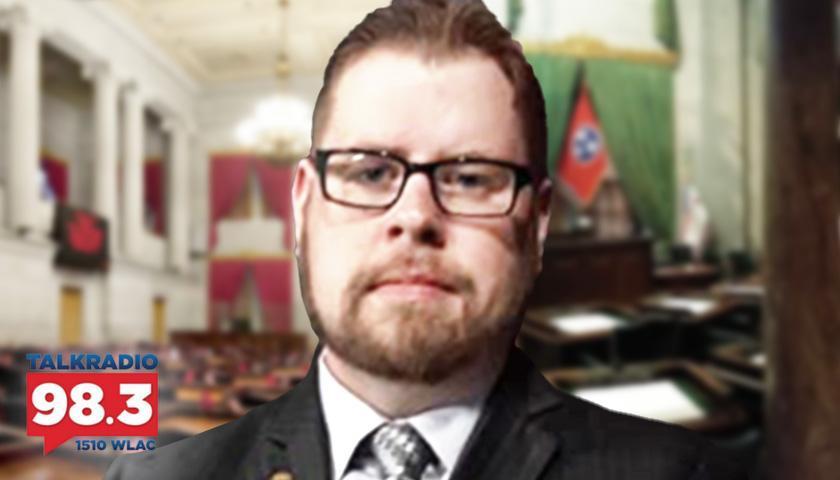 All Star Panelist Aaron Gulbransen on RINOs, Republican Leadership, and What We Can Expect from This Legislative Session

Live from Music Row, Tuesday morning on The Tennessee Star Report with Michael Patrick Leahy – broadcast on Nashville’s Talk Radio 98.3 and 1510 WLAC weekdays from 5:00 a.m. to 8:00 a.m. – host Leahy welcomed the director of Tennessee’s Faith and Freedom Coalition Aaron Gulbransen in studio to discuss last week’s organization meeting of the Tennessee General Assembly and what to expect from the 2023 session.

Leahy: In studio, our very good friend, the state director here in Tennessee for the Faith and Freedom Coalition and formerly our lead political reporter, Aaron Gulbransen. Good morning, Aaron.

Gulbransen: Good morning. How are you?

Leahy: Well, I am curious this morning. Last week, the 113th session of the Tennessee General Assembly convened. It was an organizational meeting, and it’s sort of odd.

Gulbransen: Typically speaking, the first week or so is, as you just mentioned, organizational. What does that mean? It means the members get sworn in for the new session. The committees get appointed and convene.

The chairs get appointed. There are other leadership positions in both bodies in the House and the Senate. Then a lot of the conversations start happening that have been ongoing.

Leahy: A week ago today at noon, it convened. There were no surprises that I could see in terms of leadership. Cam Sexton is Speaker of the House. William Lamberth, the majority leader. Johnny Garrett is a majority; what do we call the Whip, I guess.

And then in the state senate, Randy McNally has been re-elected the Speaker of the Senate. And the lieutenant governor, Jack Johnson, the majority leader. I don’t see any major changes in leadership.

Gulbransen: Ferrell Hale, Speaker Pro-tem Senior Member. And then, of course, you got three deputy Speakers on the Republican side in Reeves, Stevens, and White in the Senate. I believe we’ve got a new judiciary chair if I remember right. Gardenhire.

Leahy: Todd Gardenhire, the state senator from Chattanooga. He’s an interesting fellow. I wouldn’t call him predictably conservative. There are some issues where he kind of goes to the center, but then there are other issues where he’s a pretty strong conservative.

Gulbransen: Again, I feel like I’m a broken record at this point in time our definition of conservative in this state would shock some of the others in other states. And so, by and large, we have pretty good elected officials. I was talking the other day with somebody, and people like to toss the term RINO around, who of course, a lot of them don’t even know.

Leahy: By the way, let’s just stop for a moment and say I had a discussion. I wrote a blog piece about this about 10 years ago with RINO – Republican In Name Only. As it turns out, when you use that term, what you’re really saying is a Reagan Republican in name only. Because if you look at the history of the Republican Party, go back to sort of the statist version.

Leahy: The Rockefeller, Nixon, and Herbert Hoover branch of the party. That’s one branch. And then the Coolidge, Goldwater, and Reagan, which is the limited government branch. So within the Republican Party, there’s always been this conflict.

Gulbransen: But, I mean, all I have to say is we have some you know, we will have disagreements with a lot of our elected officials in the state, but to call somebody out for a state that I used to live in, there’s nobody in the State Senate here or in the State House that’s a Tommy Norman from Virginia. Google Tommy Norman, and you’ll understand what I’m saying.

Leahy: Just give us a clue. What are you saying?

Gulbransen: If Tommy Norman, who has been the Republican leader in the State Senate in Virginia for a while; where in Tennessee, he might be a Democrat. So just think that way.

Gulbransen: If you want to argue with me, there we go. (Laughs)

Leahy: We want to have a discussion with our friends who are listening.

Gulbransen: Of course, one of the things to pay attention to, and this is getting in the news, and it’s the subject of some disagreement. And that is what is going to happen in the wake of the overturning of Roe v. Wade?

Leahy: Roe v. Wade. And by the way, there’s been a lot of national attention to this, and there’s a trigger law to describe what the trigger law currently is and what the proposals that may be out there now. I guess they reconvene to conduct the serious business of the Tennessee General Assembly a week from this coming Monday, January 30th. Is that right?

Gulbransen: And leading up to the inaugural and that sort of thing. Of course, Governor Lee’s inauguration is for a second term.

Leahy: For his second term. Do you have your tux purchased yet? Are you going?

Gulbransen: I have to say, this is neither a criticism nor praise, but this seems to be an understated inaugural. I’m used to inaugurals where you have in other states, mind you, but where you have a big inauguration in the capitol city, then you have inaugural balls all over the state.

Leahy: Governor Lee is kind of understated it this time. So by the way, I’ve not received my invitation yet. (Chuckles)

Gulbransen: I am shocked. I will give a little bit of praise on this. There are a few free events. There’s one on Friday night that’s going to be at the Wild Horse Saloon, as well as there’s a prayer breakfast this upcoming Saturday morning.

Leahy: I have to say, I’m fine with a low-key inauguration. We didn’t even have much in the way of an election.

Leahy: He didn’t have much of a challenge when he was elected to his second four-year term back in November. It was, what, 65-35 easy victory. When people talk about governor, now everybody’s looking to, well, what’s going to happen in 2026 to speculate. That’s four years away. That’s a long way away.

Now, there are a couple of clauses in there. One could make the argument that the life of the mother is already in there. If you read it. Some others say it’s too vague. This is one of those interesting situations where I don’t think they’ve decided what they’re going to do, if anything, yet.

I’ve had scores of conversations over the past week on this. There seems to be some movement on potentially changing the language where exceptions are listed in there and changing the affirmative defense, as they call it, a clause in the trigger law.

You have primate leadership in the Senate saying; I’m fine with the way that the legislation currently is. And then you have others saying we need to make some exceptions.