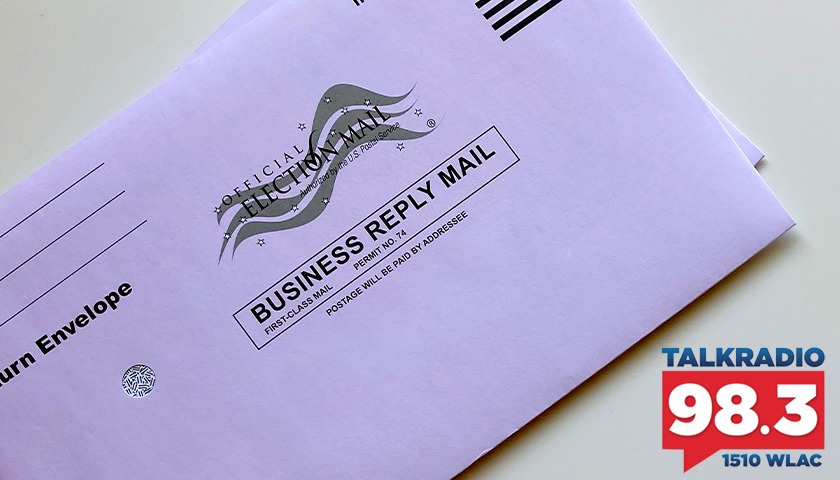 Live from Music Row Monday morning on The Tennessee Star Report with Michael Patrick Leahy – broadcast on Nashville’s Talk Radio 98.3 and 1510 WLAC weekdays from 5:00 a.m. to 8:00 a.m. –  host Leahy welcomed The Star News Network’s Senior Reporter Laura Baigert to the newsmakers line to discuss her recent story regarding the investigation and request into chain of custody documents from Fulton County, Georgia’s Board of Registration and Elections Board.

Baigert: Good morning, Michael. How are you today?

Leahy: Well, you know, it’s been a very busy week for you, hasn’t it?

Baigert: Well, for all of us. (Laughter)

Leahy: So the big news was a week ago Monday you had a groundbreaking story and tell us what you discovered in that story. And then I will follow the chain of events from that story.

Baigert: For six months, we’ve been trying to get the chain of custody documents for the absentee ballots that were deposited by voters into drop boxes in Fulton County where Atlanta is located.

And we’ve got a bunch of documents from Fulton County, but not all of them. So we’ve followed up and followed up as a team to Fulton County asking for those documents. Finally, they came back and said, we have to admit that there are a few forms missing due to COVID and some quarantining that they back in October, that they misplaced documents.

This was after we showed them how many documents were missing and how many ballots they represented. But they disagreed with us on some of our numbers. But this is the first time that someone had any elections official had admitted that there have been any irregularities with their elections.

Leahy: Exactly. Their official spokesperson, Mariska Bodison, who’s the board Secretary for the Fulton County Board of Registrations and Elections, said a few forms were missing and paperwork may have been misplaced. (Chuckles) Procedural paperwork. That’s what she said.

Baigert: Right. And she really kind of dismissed in that terminology that these are critical chain of custody documents that go back to where those ballots even came from. And granted, anybody could do anything with these forms.

But the emergency rule that Secretary of State Raffensperger and the state elections board put into play in July, circumventing the legislature, which is what’s required by the Georgia Constitution, at least they should have followed that.

Leahy: And then the story gets more interesting because Monday afternoon, after our story, by the way, Mariska Bodison, the spokesperson who represented the Fulton County Board of Registrations and Elections admitted, a few forms may be missing.

We show that of the 1,565 transfer forms that should have been there to document chain of custody, they had only 1,100. So 385 are missing.

Leahy: It’s about 24 percent of them. But it’s a little bit more, right? (Chuckles)

Baigert: Right. It’s a little bit more than a few.

Leahy: So then that afternoon, Secretary eight Raffensperger announced that he’s investigating Fulton County for their absentee ballot chain of custody problems.

Baigert: Right after he exonerated them in April, three very tiny counties that only accounted for about a third of a percent of that absentee ballots were the only ones that were out of compliance.

Leahy: Then on Wednesday…

Baigert: Wednesday, the Georgia Public Broadcasting, the taxpayer-funded arm of NPR in Georgia, reports that they got all the documents between Monday afternoon or sometime Monday after our story came out and Wednesday in enough time for them to look at all of them and confirm that they received every one of the 1,565 documents.

And they evaluated them for no duplicates and everything else that they were able to publish a story and debunk as their fact check.

Leahy: That was their claim except they didn’t produce any of the transfer form documents as we did. We produced all of them that we got from Fulton County. And the other part of the story is the election director there, Richard Barron, admitted in public on Thursday that he dedicated 200 man-hours to finding these ‘missing absentee ballots,’ verifying your reporting, in essence.

Leahy: Wednesday he gives a flash drive to this reporter for Georgia Public Broadcasting and doesn’t give it to us.

Baigert: Right. And at the same time, he could have just sent that file over and said, hey, we have it here.

Leahy: I think it was on Saturday when this Georgia Public Broadcasting reporter, Stephen Fowler, puts a tweet out with a little partial image of two of these supposed 377 transfer forms.

We haven’t seen 375 of them, we just saw the top of them. And you looked at that form and what did you find out?

Baigert: In looking at that, compared to other documentation that Fulton County has provided us in the way of a spreadsheet where they tracked all of their 37 dropbox locations in the 41 days that they collected during early voting and Election Day that the numbers that they recorded on their spreadsheet don’t match up with what Stephen Fowler reported in his report.

And it was off by 21  ballots between the two locations. He may have been trying to help (Laughter) Fulton County, but I think he might hurt them even more.

Leahy: Yeah, because this is a discrepancy now and another discrepancy with this partial information. By the way, you’ve asked again, very politely on Friday for Fulton County to produce the flash drives that apparently have this data that they gave Georgia Public Broadcasting on Wednesday, but still haven’t given it to us.

Baigert: Right. And for an explanation as to how they got a 48-hour turnaround in getting the documents that we’ve been waiting months for. And in the same tweet by Stephen Fowler implies that it was his skills that allowed him to get the documents and not us. (Leahy laughs)

Leahy: Yeah. That’s their duty. It’s a Secretary of State’s duty to obtain those before he certifies the election. That was way back in November. He didn’t do that. Where do you think this particular story is going to go? Will Fulton County respond to us?

Baigert: I would say not likely. If they didn’t voluntarily turn those over and say, hey, we located the documents you’ve been asking for.

And since, by the way, Steven Fowler at the Georgia Public Broadcasting reported that at the same time, he got a flash drive from Fulton County last week that the documents were turned over to state investigators who were now, as Raffensperger said, the Secretary of State was going to investigate this. So they turned it over to them, but not the people who originated the request.

Baigert: Yes. (Leahy chuckles) I’d say it’s doubtful that they’ll respond to us today. We basically haven’t asked them for much at this point. By state law, they’re also supposed to reply to you within three days. They did give us an automated response last week.

Leahy: Yeah, we got your request. We’ll process it. (Laughter) They had a different response to Georgia Public Broadcasting. Okay, here they are but you can’t share them with anybody else, and you can’t make them public. And you can only put partial information about two of these 377 transfer forms. (Chuckles)

Baigert: And what’s really interesting about it is that there were six full days that we didn’t get documents for. It’s an interesting scenario and it’s obvious that not all public document requesters are treated equally. And I think that is something that Rasmussen pointed out in a tweet after Steven Fowler touted his prowess and his amazing skills.

Leahy: (Chuckles) Well, it’s probably illegal, actually, to treat different requests for records differently. And we just might have something to say to Fulton County about that. Wait, and stay tuned. Laura, thanks so much for joining us this morning. Great reporting.

Baigert: Thank you, Michael. Have a great day.