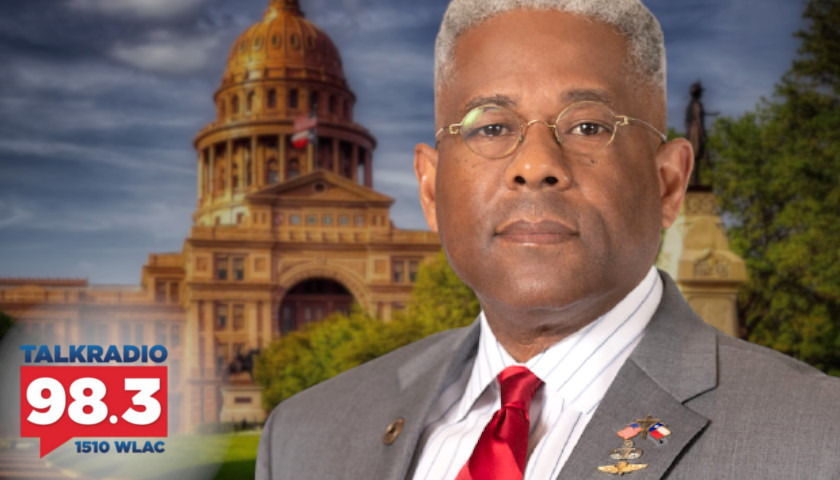 Leahy: In-studio, our newest all-star panelist Roger Simon. Roger, you know, Crom and I have been learning how to shoot at the Nashville Glock store.

They have there something called the Shoot 270 Ranges. I’ve been using that, and I’ve learned a lot about shooting in that shoot 270 range.

Simon: I’ll go down there.

Leahy: Have you shot very much yourself?

Simon: Yeah, I have a fantastic shot. The first time I started to shoot was with Rick Perry,

Simon: Oh, he was the first one I ever saw use a laser gun.

Simon: He refutely shot a coyote running when he was jogging.

Leahy: That’s a great story, even if it’s just a story. But it’s interesting. They’ve got these Shoot 270 ranges. It’s not like just a lane range. When you shoot, do you go into places where they just have one lane?

Leahy: You’ve got to go to the Nashville Glock Store because they don’t just assign a Lane. At Shoot 270 you get trained. There’s a big difference. You should use shoot270.com. Go ahead and book a session. Tell them you’re my friend.

Leahy: They might. I don’t know. Just say, hey, I’m a friend of Michael Patrick Leahy and Crom Carmichael. Go to shoot270.com so you can log in there right now, Roger, and try it.

I know you’re a big fan of the shooting experience. You’re probably more experienced than I am. I’ve had three lessons. They’ve been great there, but I’m just beginning to get a little confidence.

I’m the kind of person  Roger, as you probably know, I like to master something, right? I feel confident when I master it. I’m moving up the learning chain on this. Shoot270.com.

Simon: Do you want to hear my shooting story, Michael?

Leahy: I would love to hear about your shooting experience.

Simon: My baptism by shooting some years ago out of nowhere when I was running PJ Media. As you know, I got an email saying, would you like to come shooting with the governor of Texas, then Rick Perry, for who I ended up writing speeches, by the way.

I said well, that’d be a lot of fun. Only I didn’t know how to shoot. And I figured, the governor of Texas, he probably is good at this.

He invited me and the late Andrew Breitbart because we were sort of honchos of Blogdom at that point. So I went down in near LAX there’s a shooting range run by Marines.

And I missed everything in sight. (Leahy laughs) So the guy said, do you play a sport? And I said, yeah, I play tennis. (Chuckles) And he said, well, what do you do in tennis? Do you follow through?

I’m hitting the bullseye. And to this day, I don’t know how that works. But anyway I went down to Texas, and I did it again. So if you go online, you can find a video with me and Governor Rick Perry plus Andrew Breitbart.

Simon: It’s called Shooting With the Governor. I’m going to find that video. And I shot the video myself while in it with a little bit of help.

Leahy: That’s quite a story. Are you ready for a curveball? Because I know you’re a big baseball fan.

Simon: I’m not that big of a baseball fan.

Leahy: You were as a kid.

Simon: I’m a big tennis fan. Which is a very sad moment to see yesterday the great man, Roger Federer lost at Wimbledon for the first time since he was a pup.

Leahy: I did not know that. Well, what’s the tennis term for throwing a curveball?

Leahy: Okay, I’m gonna hit a twist here. Are you ready? So you might have a little insight into the story. You’re talking about the former governor of Texas, Rick Perry.

Well, there’s a current governor of Texas. His name is Greg Abbott, and he’s been endorsed by President Trump although I’m not sure if there’s necessarily they’re completely aligned.

He has been endorsed by President Trump. President Trump went down to the border with him on June 30th. Now, here’s a question for you. There’s a guy by the name of Allen West.

Simon: I know Allen West. He worked for me at PJTV.

Simon: And now I’m working for no one. (Laughter)

Leahy: But I have to get your insight into this. And I saw this, and I thought hmmm…

Simon: He’s running for governor. He served in the Army. A Lieutenant Colonel. Had some controversy there.

Simon: You shake hands with this man and you know it. I mean, he’s got a right hand on him.

Leahy: Yeah, he’s a wrestler. He focused on being fit. He’s a fit guy. So he served for one term in Congress in Florida. He was defeated for reelection.

Moved to Texas, where he was to head up the National Center for Policy Analysis. And I’m just going to state the facts. About a year after he went to run it, they went bankrupt.

You know that story. So that is first a little bit of a question mark to me. And they’d been around for, like, 35 years.

Then he decides, having lived for all of a couple of years in Texas, that he’s going to run for chairman of the Texas GOP.

Simon: I think it was even in one year or something like that.

Leahy: You’re not supposed to advance your own interest. Well, magically, he resigns as chairman of the party and then announces last week he’s going to challenge Greg Abbott in the Republican primary for governor. Do you have any thoughts on this, Roger?

Simon: Yeah, I read the same thing, and I’ve known Allen for a while. I haven’t seen him in a long time. My thoughts, I think, are not dissimilar to what you’re implying.

And your thoughts here, (Leahy laughs) I think enough already. I mean, Abbot has been maybe mediocre.

Simon: Mediocre to mildly disappointing. On the other hand, he seems to be getting it somewhat better.

Leahy: That’s my take, too.

Simon: And I think that that’s what I think is Trump’s take too.

Simon: Yeah, I know. And I think he does that strategically.

Simon: And therefore, at this point, there are so many more important gubernatorial primaries coming up, like here in Tennessee, that we should be focusing on and changing the governor.

I think that’s a sidebar. And I think it’s a little bit of ego coming in there. Maybe a lot of ego.

Leahy: Let me just say the phrase you use was a little bit of ego. Or maybe a lot of ego. I’m kind of looking at this, and I’m thinking, so you lived in the state for a couple of years.

You’re the chairman of the party for a year. You resign midterm two weeks later. You announced you’re running for the party nomination for governor. It just strikes me as a little bit like…

Leahy: It just strikes me as a little bit opportunistic.

Simon: Yeah, right. I think so. Opportunistic. Plus, you know, power-hungry. (Laughter)

Leahy: Your words, not mine. I’m not gonna necessarily take issue with that characterization, Roger.

Simon: And I have to add, my dealings with him is that he was a nice guy. We got along fine.

Leahy: I have a similar reaction. I sat next to him at an event in D.C. to chat.

Simon: He takes up a lot of space when you sit next to him. (Chuckles)

Simon: He’s got the biggest shoulders than 14 states.

Leahy: You’re exactly right on that.

Tune in weekdays from 5:00 – 8:00 a.m. to the Tennessee Star Report with Michael Patrick Leahy on Talk Radio 98.3 FM WLAC 1510. Listen online at iHeart Radio.
Photo “Allen West” by the Republican Party of Texas.