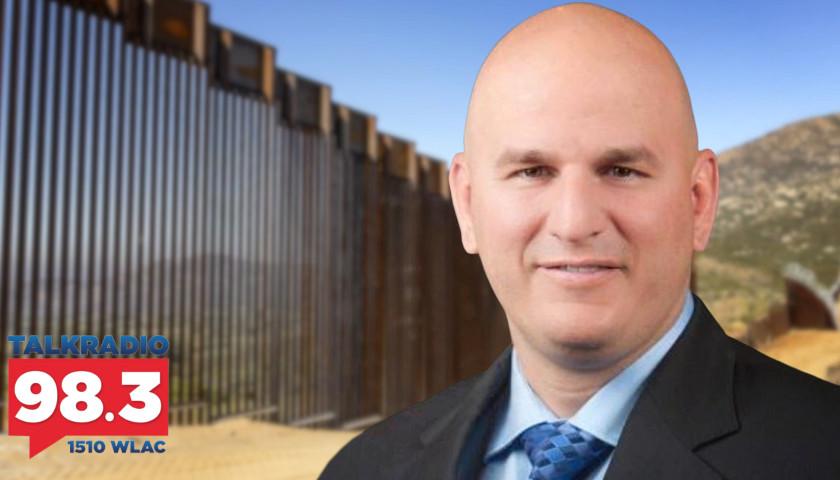 Live from Music Row, Friday morning on The Tennessee Star Report with Michael Patrick Leahy – broadcast on Nashville’s Talk Radio 98.3 and 1510 WLAC weekdays from 5:00 a.m. to 8:00 a.m. – host Leahy welcomed National Border Patrol Council President Brandon Judd to the newsmaker line to weigh in on the firing of Chris Magnus, activists in government, and the failure of Republican messaging.

Leahy: On our newsmaker line right now, our good friend Brandon Judd, who’s the president of the National Border Patrol Council. That’s the union of 18,000 Border Patrol agents and staff. Brandon, what on earth is going on with Customs and Border Protection?

Judd: Well, this administration never takes responsibility for anything, but in this particular case, they were willing to get rid of one of their own that they brought on. But let’s be clear about why they did that.

They did it because there was a left-leaning organization that wrote an article about him, and it took him to task, basically saying that he was not physically fit to do the job. He has some health issues that just weren’t allowing him to do the job. He was not engaged.

He was asking the wrong questions. And so Politico took him to task. And any time a left-leaning outlet is going to take somebody from the Biden administration to task, they’re going to take notice on that.

He was absolutely a disaster from day one, but they didn’t do anything until the mainstream media picked it up and said that he just wasn’t good.

Leahy: I’m just curious, why did German-owned Politico all of a sudden decide this guy’s got to go?

Judd: I don’t know why they did it, but I’m not going to say that I’m upset about it. I’m very happy that they did it. Again, this was an individual who when he was the police chief of Richmond, California while he was in uniform, he was going out and he was holding up signs, Black Lives Matter.

That’s politicizing law enforcement. And so he’s an activist. That’s what he was. He was not a true police chief. He was an activist in uniform. And so when you did that and that’s the reason why this administration went out and got him in the first place.

They want the current chaos that we’re seeing on the border. And that’s why we have all of the problems we have. There are simple, easy solutions that could be implemented that would allow us to get the border under control, but they won’t do it because of all of the people that they have permeated in the government.

Leahy: What’s happening now is, I guess, under the last full year of Donald Trump, there were 400,000 border apprehensions. This last year, it went up to like 2.3 million. And when you say border apprehensions, they are apprehended and then released to the general population.

It seems to me like we don’t have any border at all. If you just cross the border, you get to stay. Is that the case? And what impact does that have on the morale of the Border Patrol agents?

Judd: I’ve been doing this for 25 years now. I’ve never seen the morale lower than what it is today. There are always ebbs and flows in politics, enforcement activities, and operations and policies. But these policies, these operations, they’re nonexistent. They just don’t exist.

They do not care what’s going on. And then he took it a step further when Senator Lankford asked him, what is the plan once Title 42 completely goes down, as per Judge Sullivan’s order? What’s the plan? And Mayorkas comes back and says, well, we’ve had a plan since April.

For me and for someone that puts on a uniform and goes out there and patrols the border, I can personally tell you there is no plan if you go by their actions. The plan is just to let anybody cross the border illegally and we’re going to release them in the United States. That’s the plan.

That’s not an enforcement plan. That’s not a plan that’s going to keep the American people safe. That is a plan that open border activists want.

Leahy: Yes, the plan is open borders from what everything seems like to me now. Republicans have just barely taken over the House of Representatives yesterday. The very first big push was, well, we’re going to investigate Hunter Biden.

That’s fine, but it seems to me that what the Republicans ought to do is make their number one priority to secure the border. What’s your reaction to the incoming Republican majority in the House of Representatives? What do they need to do?

Unfortunately, they ran on other issues. So it forced people to look for what they considered more moderate candidates. And again, don’t shoot the messenger. I am just letting you know what everybody in Arizona has told me left and right that ended up voting for Democrats.

Whether I agree with it or I don’t agree with it, that’s what they came out and said. But border security is clearly a very important issue. And if the Republicans do not start having hearings and taking Secretary Mayorkas to task and forcing him to go up on the Hill and testify, if they don’t do that, they will not be serving the American people.

If the cartels can flood our resources with illegal immigration, they’re going to be able to get their higher-valued products such as fentanyl across the border and it’s going to take a toll on our system.