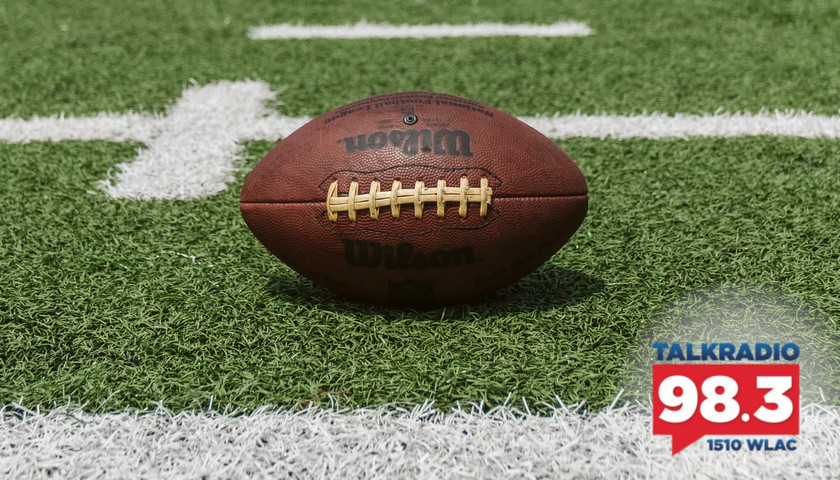 Live from Music Row Thursday morning on The Tennessee Star Report with Michael Patrick Leahy – broadcast on Nashville’s Talk Radio 98.3 and 1510 WLAC weekdays from 5:00 a.m. to 8:00 a.m. – host Leahy welcomed Knox County Mayor Glenn Jacobs to the newsmakers line to reflect upon his shot at a professional sports career before politics.

Leahy: We are joined again on our newsmakers line by Knox County Mayor Glenn Jacobs. Glenn, we were talking a little bit about your background.

And so you grew up in a small town about 20 minutes from Hannibal, Missouri. You were a sports star. You got a basketball scholarship to Truman State. Was that a D-I or D-II school back then?

Leahy: You got a basketball scholarship. How big was your high school, by the way, when you’re playing basketball?

Jacobs: It was a Consolidated County High School. So I think it was about 600 kids. My graduating class was approximately 110 kids.

Truman State, when I went there, had an enrollment of about 75 to 100 students. There were a number of state colleges around Missouri.

Of course, you had Truman State, Central State, our Central Missouri State University, Northwest Southeast, and some others.

And it was part of the Midwestern Athletic Conference, I think, or something like that.

Jacobs: I was the center.

Leahy: And did you play on the basketball team at all? Or did you just switch immediately to football?

Jacobs: So I was playing basketball. I did not lift weights in high school. If you lifted weights to become muscle-bound and you lose your shooting touch, I was actually discouraged from lifting weights.

When I got to college my college coaches very much encouraged me to lift weights, and I filled out quite a bit. In fact, I went from way about 230 when I graduated high school to about 290.

Leahy: So you were a skinny basketball guy in high school.

Jacobs: I was a skinny basketball guy. Yes. When I put on all that weight, my game changed in basketball, For a time, I was the career leader in field percentage at Truman State. But I think I was also every year the leader in the conference in offensive fouls.

Leahy: (Laughs) Why does that surprise me?

Jacobs: So the football coach comes to me and says, Glenn, what are you doing? You weigh 290 pounds to run up and down a basketball court.

You need to come to play football. My eligibility is up in basketball. But if I switched sports, I had a year left. So that’s what I decided to do is try football and give it a shot. And I was just a good football player because of my size and athletics and playing basketball for all those years.

It looked like I was going to have a shot to play in the NFL. But unfortunately, I heard my knee in practice one day, and that pretty much put an end to that dream.

Leahy: Did you ever get into any games on the football field?

Jacobs: Yes, I played. I actually went to the Bears camp as an undrafted free agent but unfortunately only stayed overnight. And I was sent home because I couldn’t pass physically with my knee.

Leahy: Let me say, I’m guessing you were a defensive end.

Jacobs: I was actually an offensive tackle.

Jacobs: Our offensive was a little different. I played right tackle because most of the plays actually came to the right side, as opposed to protecting the quarterback’s blindside.

Leahy: Interesting. When you had your knee injury, did you realize, uh oh, this is bad?

Jacobs: (Scoffs) Yeah. Every time that I’ve hurt myself pretty seriously in some sort of athletic endeavor, I realized things are bad because my body quit functioning like it’s supposed to, but it never hurts.

When I hurt my knee I actually tore my ACL and some meniscus. It was a pretty serious injury, and it didn’t even hurt. I just fell down and couldn’t get back up.

It hurt the next day. But it didn’t hurt when I did it. I knew something was up because every time I tried to take a step, my knee would buckle and I would just fall down.

Leahy: But it just happened, right? I mean, there wasn’t any, or did you get hit?

Jacobs: Yeah, I could have done it walking down the street. We were actually putting in trick plays at the end of practice, and we were walking through a reverse, and I went to pivot, and my cleat got stuck in a hole and blew my knee out.

Jacobs: Oh, yeah. And it’s been the same in my wrestling career. When I’ve had a relatively serious injury, like a broken bone or torn ligament it’s always something that I’ve done, like, a thousand times.

Leahy: So you go to the Bears camp and they send you home because you don’t pass the physical. What were your thoughts that day?

After the injury, you still thought I got a shot to make it in the NFL, but you go up there for the day. Tell me what that experience was like when you went up to the Bears camp.

Jacobs: I was devastated.

Leahy: Set the stage as you are going up.

Jacobs: Before that, I was hoping to get drafted. I wasn’t surprised when I wasn’t but still disappointed. But I worked really hard with rehab.

And just through the summer, after my final year of playing football. You get a call from your agent, and he’s like, hey, the Bears said that they will work with you on the injury. And you go up.

And the first time I’d ever actually got picked up by not really one limousine, but here’s a sedan, a town car. And I’m like man, this is awesome.

I’m going to go try out for the Chicago Bears. And I flew from St. Louis, Chicago, and got picked up Chicago O’Hare to the training facility. Actually, that’s where I signed my contract. But I never got any money, of course.

Leahy: Was Ditka the coach?

Jacobs: No. I forget who the coach was. Actually, this would have been 1991.

Jacobs: Yes, it was passed him. But then that first day, it’s all physical, and it’s everything from your vision to your hearing to, of course, the orthopedic physical.

Leahy: Is it outside or inside? What time of year was it?

Jacobs: This would have been springtime right after the draft. Literally, it’s just going in and going from room to room with different doctors looking at you (Leahy chuckles) and different things. And then at the end of the day, you go meet with your position coach, and you are told what’s going to happen the next day.

So I flew up that morning, got in mid-morning, did all the physicals in the afternoon, and then I met with the coach back at the hotel by the evening, and then the next day went over to the training facility. And it was pretty unceremonious.

Leahy: So you go over to the training facility, walk us through exactly who you met with, what they said, and how you felt.

Jacobs: Sure. We’re getting off the bus to go to the field house. And there was someone waiting at the door of the bus and they took me and another player up to the director player personnel office.

And I forget his name. He was very nice and very understanding. But he said that our injuries precluded us from playing for the Bears.

Leahy: Were you both in the same room together?

Leahy: So the guy you’ve never met, who also has dreams of playing in the NFL, is sitting next to you, and you’re both receiving this dismal career-ending news together.

Jacobs: Terrible news. (Laughs) Yeah. It was not a great bonding experience let me tell you.

Leahy: I was going to say that. (Laughs) Who was the other guy?

Jacobs: I don’t remember his name. I think he was in North Texas State. But it was. It was extremely unceremonious.

And within an hour, I was back on my way to O’Hare Airport and flying home that afternoon. It was almost surreal actually.

Leahy: So the guy gives you this news and you’re sitting there, what’s going through your mind as you’re hearing this? Are you processing this in real-time?

Jacobs: Yes. (Sighs) As I said, I was devastated because all I ever wanted to do since I was a little kid with play sports, and that’s all I did through school.

Leahy: Obviously, it was because you did nothing with your life after that Glenn Jacobs. (Laughter)

Jacobs: Here’s the thing and Here’s the life lesson. I will always say that unfortunately, I hurt my knee. That was the best thing that ever happened to me.

At the time it was a tragedy for me because I thought that was literally the end of my life. But it drove me on two different career paths, which ended up being much better than anything I probably would have seen otherwise. So often the worst things that happened to you turn out to be the best thing to do.

Leahy: You know what a great life story that is Glenn Jacobs because I’ve heard that story with other people. Something they think is terrible turns up to be actually the most important life-changing, positive event in their life.

Mayor Glenn Jacobs of Knox County, thanks so much for joining us. I’m going to hold you to your promise. You’re going to be in studio, we are going to have a nice, big chair for you.