Mayor Andy Ogles Reflects on the Success of MuleFest Memorial Day Weekend with over 20,000 in Attendance 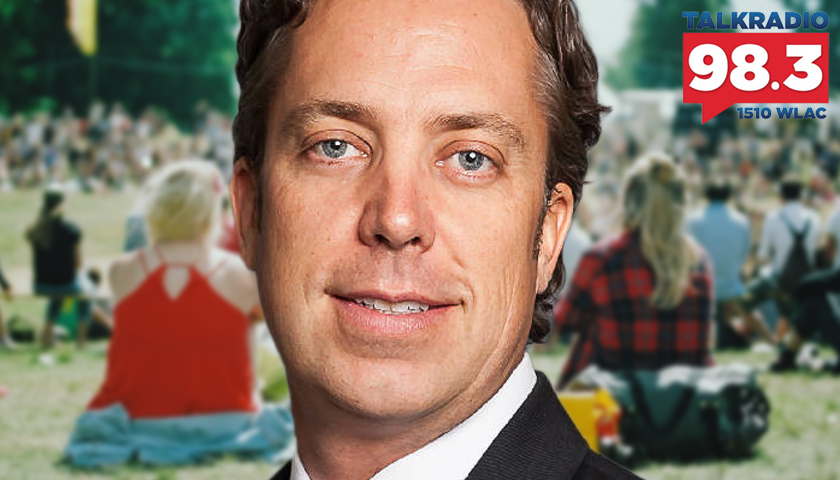 Leahy: I am delighted to have you in the studio. We haven’t had a chance to talk since the great success of MuleFest a couple of weekends ago. We covered it at The Tennessee Star. Our great reporters were there and we had some great pictures.

I don’t know if you saw the pictures that we had from that but we had some fabulous pictures of Trace Adkins and of the crowd and of one Andy Ogles there.

And then Saturday morning, we had all the vendors. We had two stages. It was a music festival. We had another 12,000 show up Saturday morning for the parade. It was exhausting planning something like that?

We had set up a nonprofit 501 (c) (3) that ran the organization so it can live on in perpetuity. But it was trace Adkins is one of the coolest people that you’ll ever meet, and he’s just a good guy.

Leahy: Well, what I found very interesting about it is that sometimes it’s better to be lucky than good. (Ogles chuckles) And the weather!

Leahy: Just walk us through that Friday. This is what, Friday, May 29 I think it was? I’m here in the morning on the program and thunder and lightning and rain. And I’m thinking, oh, my goodness, this is not a good sign here for my friend Andy Ogles and MuleFest. Walk us through the weather that day and how your planning was influenced by it.

Ogles: It was full steam ahead. We had been watching the forecast carefully with emergency management. He was keeping tabs on the weather for us. And they get reports anyway, anytime bad weather is coming in, they’re getting hourly updates from the National Weather Service.

And so we just watched it and looked like it was gonna break for us. And at the last minute, it basically went around Columbia. The sun shined down on the square, and we had a brief sprinkle for about five minutes, which dropped the temperature.

But actually, it was a blessing, because when you get 20,000 people in a small area, it gets warm fast. And in fact, I walked to the back of the crowd and took some photos, which were just amazing to see that many people at a concert, especially post COVID.

We’ve been shutting down, locked down. We’ve been lied to. We’ve been crammed into our homes, jobs lost, et cetera. And just to be able to get out and say to not only my community, but to Tennessee, it’s time to put this to rest and to open up.

It was amazing. But once you got past the crowd, the temperature was 10 degrees cooler just because of all the people.

Leahy: We had a photographer there and the crowd was huge. And what I found interesting was the main event started at 6 p.m. It was raining, raining and raining until about 4 pm? And then it stopped raining. It’s like you hear the clouds part. The sun comes out, you hear the Angels sing! (Laughs)

Ogles: Unlike our ungrateful vice-president and president, this was to memorialize those who have served our country and fallen. And we just took a moment to celebrate our community and say yes and take a stand and say, enough with this COVID crap. But we were honoring our Gold Star families.

Leahy: Who died from Maury County.

Ogles: We read the names of those who have died from Maury County.

Leahy: In Afghanistan and Iraq, going all the way back to WWII and Vietnam.

It was amazing. But it was unique and that we had a presentation of the colors and the flag. I actually got caught off guard because the Gold Star families presented me a flag in appreciation for being but an advocate for our military and our veterans and those who have fallen to service.

Because, again, you’ve got Armed Services Day, Veterans Day, and Memorial Day and they’re all slightly different. But Memorial Day is about those who have died serving our country. And shame on the President for not acknowledging it.

Leahy: Or not even acknowledging D-Day.