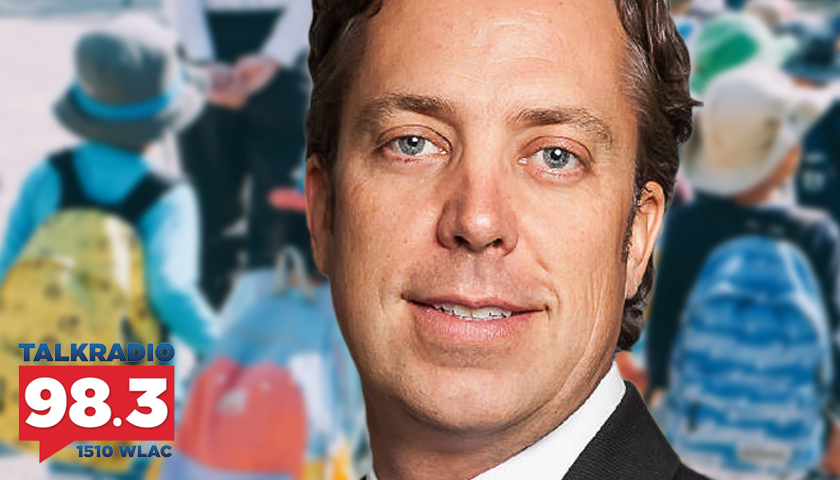 Live from Music Row Tuesday morning on The Tennessee Star Report with Michael Patrick Leahy – broadcast on Nashville’s Talk Radio 98.3 and 1510 WLAC weekdays from 5:00 a.m. to 8:00 a.m. –  host Leahy welcomed Maury County Mayor Andy Ogles in the studio to weigh in on the recently discovered and governor-approved inappropriate curriculum being taught to elementary students across the state of Tennessee.

Leahy: Every Tuesday, that means our good friend the mayor of Maury County, that bastion of freedom here in Tennessee, Andy Ogles is in with us. Good morning, Andy.

Leahy: Well, if you listened to me as you were coming in, you’ll know, I’m a little bit hot! This is why I prefer radio to television because you can be sort of hot on the radio, and it will cause people to pay attention.

If you’re too hot on television, they say, what’s wrong with that guy? But the other thing, too, you are a very gracious Southerner. And when you have an objection to something that somebody’s doing, you present it in a very nice, calm, and polite way.

I’ve confessed this to our audience before. I’m a Yankee, and I’ve been in Tennessee since 1991. But I still have those very aggressive Yankee tendencies and they come out in the morning sometimes when I’ve just had my first cup of coffee.

Ogles: I was listening on the way in, and I was kind of tickled, quite frankly. I mean, you’re on a roll. But I think people should be aggravated and should be ticked off when you hear that 33 counties in the state of Tennessee, we have 95 counties, have wit and wisdom.

You can call it what you want, but that’s critical race theory. And so you have the legislatures taking action. This stuff should be yanked off the shelves. The curriculum should have been pulled already. And here we are with this spreading across the state. And so it’s troubling, to say the least.

Ogles: I think if you talk to any teacher and they spend so much time data collecting and getting ready for tests and trying to check boxes that have been pushed down by the federal government and the state government.

And at the end of the day, they just want to teach. And why don’t we get back to teaching? When you have 65 percent of rising fourth graders, that means they’re about to start their fourth-grade year, and they can’t read on level?

And yet we’re in this mind-numbing cycle and circle of pushing these branded curriculums that at the end of the day are undermining our country.

Leahy: Corinne Murdock did a story about this. The Moms for Liberty in Williamson County.

Ogles: Yeah, I was here. It was a great event.

Leahy: It’s just shocking that this curriculum, this wit and wisdom curriculum has been promoted by Penny Schwinn and is in use in 33 counties in the state of Tennessee. I looked at the curriculum for the second grade and it is just really very frightening what they’re teaching in these various modules.

I’m going to the story right now. Wit and wisdom, grade two, module three. And the kinds of things that they’re talking about for a second-grader. Second graders, you can teach them to read See Spot Run.

These are the questions asked of second graders. How did this person respond to injustice? Is that what you want to be teaching second graders?

Ogles: So keep in mind, wit and wisdom is being taught in Williamson County. And so it’s one thing to see something on the web and think, well, maybe that’s true. Maybe it’s not. But I went to this event because I wanted to see it for myself.

I wanted to pick up and read the textbooks. We’re talking about elementary-age students. One of the books is about this sea horse. It’s a family, and the sea horse is unsure of his or her gender. In fact, they can change gender.

Ogles: And guys as part of their biology curriculum.

Ogles: And now get this. You think I’m kidding, but I’ve seen the book for myself. I held it. And later on, it’s talking about reproduction. It shows these two sea horses in a variety of positions, and I’ll just stop there.

Leahy: Are they going to bring Jeffrey Toobin in as a special advisor? Unbelievable.

Ogles: But until you see it, you think we are crazy, but it’s there.

Leahy: It’s being taught and Penny Schwinn is endorsing it and Governor Bill Weakly is doing nothing about it.