Host Leahy Questions Whether Gov. Lee Is Aware of His State’s Own Health Policy on the Mature Minor Doctrine 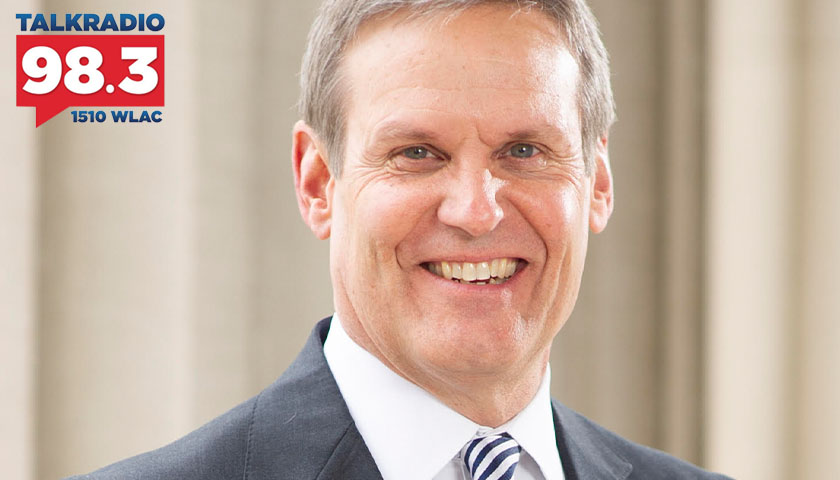 And there’s something wrong with the way he’s explained it, it seems to me. By the way, you can call in if you want to disagree or if you have any additional insight into this number.

So here’s the story. Actually, I’m reading the story from Newsweek about this and will elaborate a little bit on some of the headlines that you heard on the radio during the break.

Here’s how Newsweek reported it. Remember, Newsweek is part of The Daily Beast. It’s more of a far-left outfit. So take this with a grain of salt. But they have done the most comprehensive reporting that I’ve seen on this so far.

Fiscus asserts her firing was due to the outrage of some GOP lawmakers over her handling of state outreach efforts regarding COVID-19 vaccines for minors, the Associated Press reported. Asterisk.

The Associated Press is far left right now. Just so you know. Lee did not provide answers when asked by reporters for the specifics of the firing of Fiscus.

“Government needs to provide information and education, provide access, and we need to do so to the parents of those children. That’s the direction the department took regarding individual personnel decisions. I trust the departments to make decisions consistent with the vision.”

I don’t think that’s exactly the truth. Look, we’ll try to reach out to the governor and get them to come out of the program and elaborate on this.

But I just read from you the mature minor doctrine that is currently on the website of the Tennessee Department of Health. And I’m just reading what it says.

Between the ages of 14 and 18, there is a rebuttable presumption of capacity, and the physical physician may treat without parental consent unless the physician believes that the minor is not sufficiently mature to make his or her own health care decisions.

That is the official current policy of the Tennessee Department of Health and seems to be not the policy that Governor Lee is claiming. Thursday is the first time that Governor Lee spoke out about Fiscus’s termination, and he said State Health Commissioner Lisa Piercey did not tell him the motivations behind her termination.

Okay, not paying attention to what’s going on at a very important issue, it seems to me. Here’s again how Newsweek represented it. Anger emerged from some Republicans after Fiscus distributed a memo earlier this year about the state’s mature minor doctrine that allows minors 14 and older to choose to become vaccinated without guardians’ consent.

I don’t know if Governor Lee has read that or is aware of it, but he ought to be aware of his own policy in the Tennessee Department of Health.

And this is kind of from The Associated Press, now part of the story. Lee also came out in full defense of his administration’s rollback of outreach for childhood vaccines that have sparked national scrutiny alongside Fiscus’s firing over well. I don’t think it’s a rollback of outreach.

I don’t know if that’s actually true either, because we’ve got Kerry Roberts saying that’s how Newsweek describes it. But basically what they’re describing is a rollback, Kerry Roberts says they’ve agreed to stop marketing to minors.

I don’t know if they’ve stopped promoting the idea that parents should be involved in deciding whether or not to have their kids vaccinated for COVID-19.

I’ll get to my take on the science of this, by the way, in a bit. One online post featuring a photo of a smiling child with a bandaid on his arm said, “Tennesseean’s 12 plus are eligible for a vaccine. Give COVID-19 vaccines a shot.”

Now whether or not she should have sent that out without reviewing it in detail with a general counsel, that probably is a matter of judgment.

Tennessee is one of five states where providers have the discretion to decide if a minor is mature enough to consent to vaccination without a parent according to the Kaiser Family Foundation, which said 41 other sites require parental consent, and five others have a self consent age under 18.

Okay. So look, Governor Lee, despite all of this brouhaha, it does appear that the current doctrine of your government and your administration is to allow children as young as 14 to receive this COVID-19 vaccination without parental consent if the administering physician thinks that they are sufficiently mature.

Again, it seems like that to me. By the way, you can jump in on this topic. I would like to hear from you. GOP lawmakers said in a meeting Wednesday they have received private reassurances from Piercey and a governor’s office officials that the state Health Department of Education and 89 of 95 County Health Departments won’t be offering COVID 19 vaccines to minors without their parents’ permission. Okay, well, that’s an assurance.

But that assurance conflicts with the current mature minor doctrine (Chuckles) that is promoted as the Tennessee Department of Health website. What’s wrong with that picture, Governor Lee?

Apparently, he seems to be unaware of any of this. Not a good situation in my view. You got to be on top of it. And I would say the mature minor doctrine needs to be changed.

I’ll do this over the break and look into that 1987 Tennessee Supreme Court decision upon which apparently this mature minor doctrine is based.