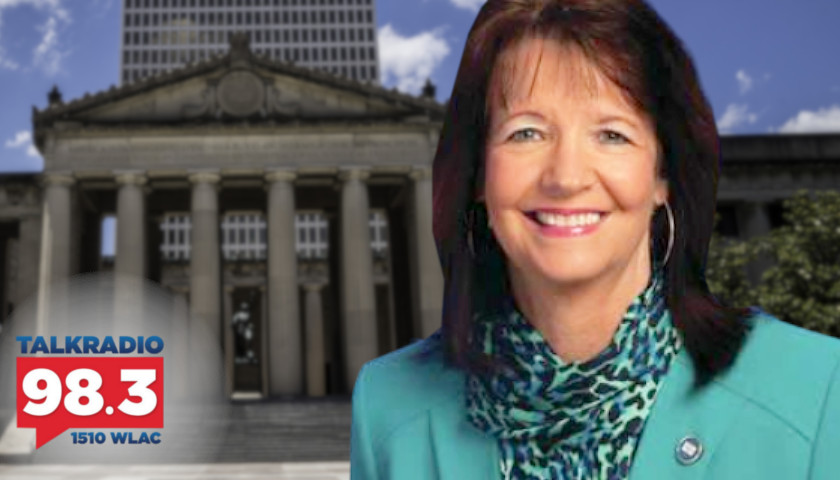 Leahy: We are delighted to welcome to our microphones in-studio, a good friend for a long time, former State Representative Sheila Butt from Maury County. Good morning, Sheila.

Butt: Good morning. How are you?

Leahy: Well, I am awake and now the studio has been brightened up by your presence.

Butt: Oh, thanks so much. Thank you.

Leahy: We have known each other for a long time. Tell us a little bit about your background. When did you get involved in politics down there in Maury County?

And when did you first get elected to the Tennessee House of Representatives? How did that all happen and how long did you serve, and what were your biggest accomplishments?

Butt: I really began getting into politics … 14 years ago there was a Tea Party which began in Maury County. And I suspect that many of us conservatives started as Tea Party members.

Butt: Okay. We started way back there. And many of my friends are just freedom-loving Americans.

Leahy: I’m guessing now Trish Stickle was part of that.

Butt: Trish was part of that. Part of that. Almost the entire executive committee of our current GOP were part of it.

Leahy: They were early Tea Party folks. People talk about the Tea Party as something that started on the principles of fiscal responsibility, free markets, and constitutionally limited government.

Leahy: And say, well, what did it accomplish? It accomplished a significant amount in some arenas.

Butt: I think so.

Leahy: Being involved in the creation, if you will, of a Republican party that’s active in Maury County.

Leahy: That’s a good success story. And, Sheila, when did you first decide that you wanted to run for public office?

Butt: That would have been in probably 2009, November, December 2010. We started campaigning and working hard. And let me say this about our Republican Party. We have grown that party. In our monthly meetings. We have about 200 people on a regular basis.

Leahy: And when you started …

Leahy: There’s a lot of energy around … my friend Stephen K. Bannon, whose WarRoom calls it “participatory populism,” right?

Leahy: I think that’s a good description of it, with a focus on the Constitution.

Leahy: So you first decided to run for state rep in the November 2010 election?

Leahy: That was an uphill battle at the time, wasn’t it?

Butt: It was absolutely an uphill battle. We had a very likable incumbent Democrat and people would say, oh, Sheila, you are just wasting your time.

They say, you know, you might have to get in one and lose one to win one. And I said, “I have never gotten in a race to lose one. No, we’ll win this race.”

Butt: Because as I mentioned before, I’m a people person and I had the same people that are right in the Republican Party right now there in Maury County working with me. We knocked on every door in the county two times.

Leahy: You knocked on every door in the county two times?

Butt: Every door in our district. There was a little part of that county that was not our district, but we knocked on every door in that county twice during that election. We just knew that if we worked hard enough and people saw our faces and knew what we stood for that we would win.

Leahy: November 2010, you’re there waiting for the election results. When did you know you won – how much did you win by?

Butt: Here’s a fascinating story. I’m at the gas station. I’m standing in Spring Hill, I get a call that I have won early voting and I’m not in Columbia, I’m in Spring Hill.

Leahy: And so how much did you win by?

Leahy: And you got elected easily every time since.

Leahy: But then you retired.