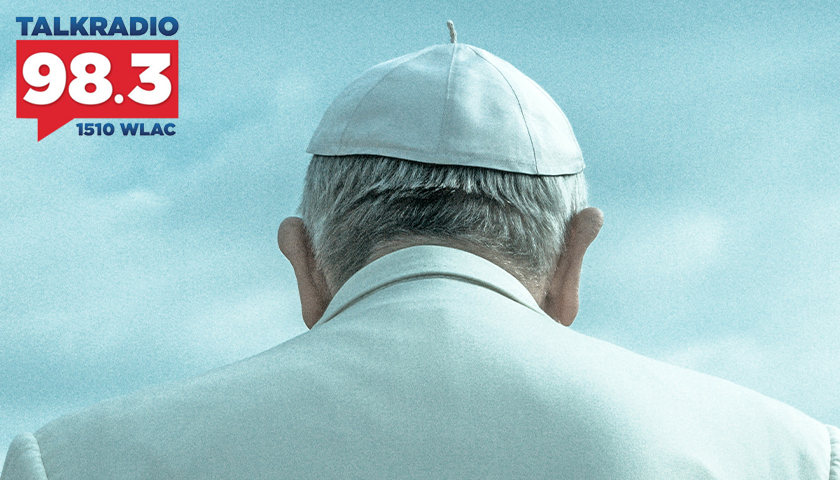 Live from Music Row Monday morning on The Tennessee Star Report with Michael Patrick Leahy – broadcast on Nashville’s Talk Radio 98.3 and 1510 WLAC weekdays from 5:00 a.m. to 8:00 a.m. – host Leahy welcomed the original all-star panelist Crom Carmichael to the studio to discuss Taiwan’s historical progress versus China in the 80s and the capitulation of Pope Francis.

Carmichael: Well, it felt like the first day of summer a couple of weeks ago when I got up close to 100 degrees. So that happens this time of year?

Carmichael: There are three or four articles all about China that I find that I find very interesting. But there is one that isn’t explicitly about China and it really helps understand some of what’s going on in terms of the foreign policy.

Leahy: Now Crom, I will tell you you have piqued my curiosity. I like the way you set that up. Well, now I’m thinking this is clever Crom seeing the influence China somewhere, and I’m sure it’s there. I wonder where you seeing it.

Carmichael: Here’s a headline. So anybody who read this headline could see it. This is in the business section of The Wall Street Journal. The World Relies On One Chip Maker in Taiwan, Leaving Everyone Vulnerable.

So that gives us an idea that one of the reasons why China is so insistent that they take over Taiwan. And we now know what China will do once they take over an area even if they promise to do something different because of what they did in Hong Kong.

Leahy: They promised one thing, and they did exactly the opposite.

Carmichael: They did not leave the people in Hong Kong free. They’re now under the subjugation of the Communist Chinese Party, just like everybody else.

Leahy: Let me just stop for a moment on that. When the United Kingdom signed the agreement to give Hong Kong back because their 99-year lease expired everybody knew this would happen.

Carmichael: I would assume so. But I’m not sure what the alternative was, because as you point out, there was a 99-year deal. And the 99-year deal was going to be coming up soon.

And I don’t think the Communist Party of China was in any mood at all to extend the terms of the deal, as they had been before. So it’s kind of like if your lease is running out in a building and you don’t have a right to renew, guess what?

Carmichael: You’re either out of are you going to agree to the landlords’ terms. Now you have a choice of getting out. In the case of Taiwan, though, that’s not the case.

Leahy: That’s right. In the case of Taiwan, you had Chiang Kai-shek and a number of Chinese who fled the Communist Party back in the late 40s to the island of Taiwan which had virtually nothing on it. And Taiwan is now one of the wealthiest per-capita communities.

Leahy: It is booming from what I hear.

Carmichael: In the world. It’s only been there for 70 years.

Leahy: I guess 20 some odd million people live on the island, but it is a hub of entrepreneurial activities. And it’s a garden spot, I hear.

Carmichael: Well, I was in Taiwan quite some time ago.

Carmichael: Well, this is back in the late 80s and so it’s not fair. We were in China at the same time. And Taiwan was a bustling community and a huge city with lots of cars and lots of beautiful buildings.

In other words, it was a first-world country whereas in China at the time, we were one of the very, very, very few cars on the streets. And when we were on the streets, the driver would drive at about 10 to 15 miles an hour and beep his horn like a heartbeat because there were tens of thousands of bicycles.

And the bicycles had to just kind of move out of the way for the car to pass and move right back in the path. It was just quite extraordinary to see that. But China was very, very poor in the late 80s?

The tallest building in Shanghai was 40 stories and shared a hotel. And now Shanghai is a huge metropolis, just a huge, bustling city. But Taiwan was that before. And Taiwan is also a very, very technologically advanced society.

So there’s lots of technology that’s been developed. Apple phones and a lot of Apple equipment are made in Taiwan. But this one chipmaker is the largest chipmaker in the world by far and many of the chips that they make are very sophisticated.

And so this actually has national security implications in regard to that. What’s also interesting in regard to China is the House Republicans in Washington are targeting the Chinese Communist Party for covering up the origins of the Coronavirus and have introduced legislation to allow people to sue China.

The Democrats are completely opposed to that. So we now kind of see which side the Democrat party is on.

Leahy: They’re on the side of the Chinese Communist Party.

Carmichael: Yes. That’s really quite interesting. Apparently, nobody’s asked Anthony Fauci that question. If they have I’ve not seen it. So if one of our listeners has actually seen Anthony Fauci opine on whether or not the Communist Chinese Party should be held responsible now that he’s admitted that the virus likely came from the lab.

Leahy: Yeah, that doesn’t happen. It’s never happened anywhere that I know of in the Catholic Church.

Carmichael: This is something that he agreed to. So now a Communist priest, somehow those two words just don’t seem to go together.

Carmichael: Yeah. Thank you. You can look that word up.

Carmichael: Pernicious. (Laughter) Very good. And then the last little item here is this in Yahoo. News of all places. And the headline is ominous.

Leahy: Not pernicous but ominous.

Carmichael: The U.S.-China relationship going down the path of a great confrontation, analyst says. I’ve read the story and I believe it’s true.