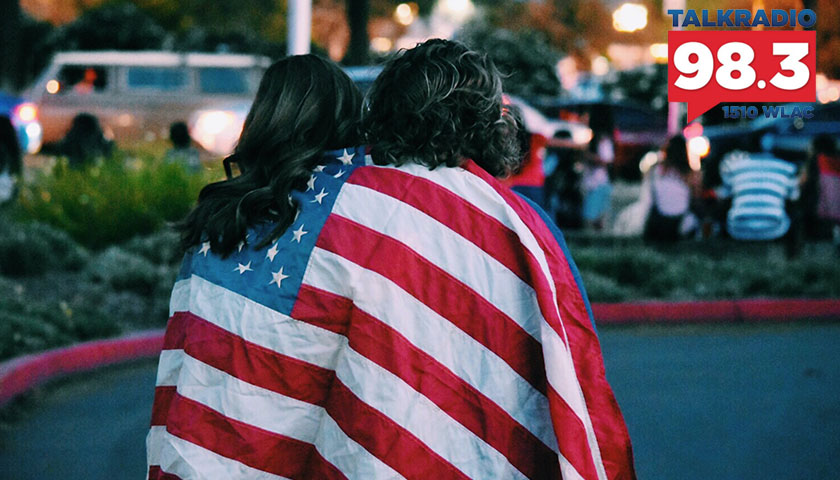 Live from Music Row Monday morning on The Tennessee Star Report with Michael Patrick Leahy – broadcast on Nashville’s Talk Radio 98.3 and 1510 WLAC weekdays from 5:00 a.m. to 8:00 a.m. – host Leahy welcomed the original all-star panelist Crom Carmichael to the studio who discussed the recent passing of two great American entrepreneurs and made a case for the true character of the USA.

Leahy: Crom, we were talking a little bit about the changes in the American character. I look back at Americans and all sorts of Americans who have just been exemplary. You got a couple of American life stories you wanted to chat about.

Carmichael: Yes. Michael, thanks for that. There were two stories, and these were both in The Wall Street Journal, and they were in the obituary area.

A guy named Robert Harris was a food entrepreneur. He passed away at age 95. We’ve all heard of Smart Balance. He created Smart Balance. And he also created the Grain Berry cereal brand line.

But his story is so interesting. Like so many successful Americans, he started with nothing. But he got an education. And then he went in.

Leahy: In other words, he got the ability to learn. Read and write, do arithmetic, math, and think.

Carmichael: And he went to college, he studied marketing. And then he took what he learned, and he then applied it. And he was highly focused his entire life.

His family said he really didn’t have any hobbies because he enjoyed his work and working with his employees so much that that was his hobby.

In his 80s he actually started the Grain Berry cereal line. One of his driving passions was – in his family, most of the males died before they were 50 of heart disease.

They died of heart disease – and so he was passionate about adding ingredients that would make you healthier. So Robert Harris lived a wonderful life.

And for the people who want to see a successful person, it’s food entrepreneur promoted health benefits. If you go to The Wall Street Journal, it’s really a delightful story.

And then another story about another fellow, a gentleman who passed away. He died at age 100. His name was Norman Bernstein. He was born, obviously, 100 years ago.

And back then, if you were born premature, your chances of survival were very low. And so he was two months early and his father said that if this baby survived, they were going to name him Mormon.

Now, I’m not sure exactly what that means, because he says it’ll be something other than human. But his name became Norman with what people called him.

But his real name was actually Mormon. And he was a developer. He also was born with relatively nothing, got an education, and went into the Navy just like Robert Harris.

And in Bernstein’s case, he was involved in passing codes back and forth during the Second World War. So he had a different type of position.

But he then got into real estate in Washington, D.C., back in the 60s. And that’d be a pretty good time to be getting involved in Washington.

Carmichael: Very, very successful. But in 1961 – and what kind of sets him apart and what makes the story interesting is that the State Department summoned a bunch of landlords because – in 1961, there was a great deal of segregation across the country.

Leahy: And in Washington, D.C. still. It all started with the Democratic President, Woodrow Wilson, in the 1910s.

Carmichael: And it continued. And so there were a lot of countries that the U.S. had just recognized that were African countries who were going to be sending diplomats to Washington, D.C.

And the State Department called the landlords together and said, we’re going have to have places for these diplomats to stay. And so we need you all to help us with that.

And Norman Bernstein stepped right up to the plate, and he said, I’ll be happy to help. But then he also started thinking about it.

He said, if I’m going to have Black diplomats staying in my apartments and buy my condos, then I ought to be doing exactly the same thing with Black Americans.

And so he was one of the people who were behind integration at the housing level in Washington, D.C., and was part of the push behind the 1968 Fair Housing Act.

So very, very interesting story. The name of the title here is when Uncle Sam Needed a Favor, a Landlord in Washington Stepped Up.

And for those people who think that our country is racist beyond repair, I would encourage them to read this story because it shows you how far the country has come since the 60s.

And as our Constitution says, we want to be a more perfect union, and we’re always trying to become more perfect. Michael, these are two wonderful stories about people who lived very, very long and very, very productive lives, who have actually affected tens of thousands, if not millions of people.

Leahy: When we talk about the American character, I think of that apocryphal quote from Alexis de Tocqueville. I say apocryphal because people quote him all the time.

We’ve never been able to find where he actually said this. But actually, he thought it probably and he should have said it.

Carmichael: What is it that we think he said?

Carmichael: And now I will say this: if he didn’t actually say those precise words his books clearly pointed that out. When he came to America to understand it, he was amazed at the number of churches.

And he became very, very aware of the importance of God-given rights, that our country believed that the government was the servant of the people and that God was our true Lord and not the government.

Back in those days, that was a very, very radical thing. Free people, even today, a free people is the exception. It’s not the rule in the world.

Most people live under governments that have way too much authority and certainly much more authority than the government in this country has historically had.

Or the reverse of that? Are we going to be the servants of government or are people who claim to be public servants, are they really public servants?

Leahy: So what’s an interesting detail, he visited America for a couple of years during the presidency of Tennessee’s own Andrew Jackson during the 1830s.

That’s when he was touring America. And he was a French diplomat. Kind of an aristocrat. And he wanted to see America.

He was able to get the French government to pay for his trip here because he was writing a report for them on prison reform. And he gave them that report.

Carmichael: I didn’t know that that was the reason.

Leahy: That’s how he was able to finagle the trip. What he really wanted to do was learn about America. That’s what he wanted to do.

And Crom, what I thought was so interesting is he learned so much new and learned so much different than his perceptions were that he came to be a big believer in our kind of constitutional Republic.

He believed that when the federal government didn’t control everything as it does in France, and you had the Federalist system with state controls with lots of power for the people, the people did great things.

Carmichael: Yes. And he wrote a book that I’ve mentioned before that I would encourage our listeners to read. It’s called The Old Regime and the French Revolution. And he wrote this toward the end of his life.

Leahy: And by the way, people, Crom just picked that out of his briefcase because he really is reading that book. I’m looking right now.

Carmichael: I finished it. I carry it with me and pull it out from time to time. So I’m done with this book. And it explains what de Toqueville does in this book because it was written 50 years after the French Revolution.

He explains why the French Revolution happened. And he goes back 50 or 60 years prior to the fall.