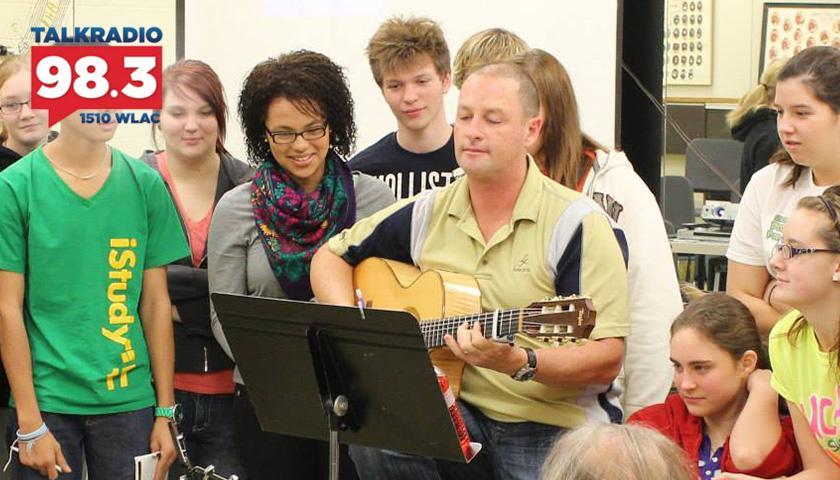 Chapman: Turns out we are.

Leahy: Turns out we are. So, Crom, you were talking a little bit about what’s going on in the music industry. You’ve got some questions for Gary.

Carmichael: Yes, because in the old days, people who bought music bought something physical. It was easy to track and easy to divide royalties among the various creative talent.

Carmichael: And then it changed to streaming. You didn’t have anything physical, and a lot of people hacked and stole stuff.

Carmichael: But then, even where it was done, honestly, streaming has become so inexpensive and prolific that you’re dividing a penny instead of dividing a dollar.

Chapman: Yes. And there’s still money out there. But greed, as it usually is the case in most businesses, it rears its ugly head.

Carmichael: So, how do you see the music business? Give us a brief description of the last, say, 15 or 20 years. Where do you think it’s headed?

Chapman: You can take Tender Tennessee Christmas and a whole bunch of other number-one songs and a few decades of life that I put into what I thought was retirement.

And that over the last pushing 15 years now has turned into let’s go down to Florida, honey, and find a place to sit on the beach for the rest of our lives. That’s turned into let’s have dinner next week. I’ve tracked it, meticulously my royalty stream is down 98 percent.

Chapman: In the past 15 years.

Chapman: And that’s not something that wasn’t growing, because those songs, they have a life that just continues like Tennessee Christmas just got cut again. Those things continue to grow, and it’s really, really a shame. I know Hall of Fame songwriters that are working at Home Depot because they’re honorable guys and want to keep eating and taking care of their families, that’s wrong.

What the world is slowly figuring out is that when you stop paying people who are gifted to write those songs and instead you just let the craziness that you’ve talked about country music earlier.

Anybody with two brain cells still slapping against each other can write that crap. But if you want to write something like, Chris Wallin just called in, you want to write Don’t Blink, that’s a gifted songwriter.

That’s a God-given gift. And when you stop paying those people to do that, the quality of your music will decrease dramatically. And it has. There’s still great music because idiots like me just can’t stop. I can’t stop being a songwriter.

Leahy: That’s what you are.

Chapman: It’s what I am. But the good news is, creativity always wins eventually. And the people will wake up to the reality that that has to happen for the quality of music to be what it should be and to be effective in the culture.

Carmichael: Now, let me ask you a question because here’s my sense of it as I look at the music industry as an outsider. The money today is being made in the performances.

Carmichael: Do songwriters get a cut of live performances?

Carmichael: Is there a way for great songwriters to kind of band together or work with emerging artists where they do get a piece of the performances?

Chapman: I don’t know that they’ll ever get to the point where they get a piece of the performances. NSAI here locally with Bart Herbison at the helm is doing amazing things to turn that ship around.

Leahy: To turn it around. I want to shift gears just a tad here. Gary, you’re involved in a new project.

Leahy: Tell us about that. Crom, you like the name turbulent truth.

Carmichael: Just having more fun listening to the names that Gary’s come up with. Great names.

Leahy: Tell us about that.

Chapman: I’ve got a buddy, his name is Scott Kutcher, and he’s hilarious. He’s about 5ft tall, and his goal in life is to be 5ft cubed. That’s what he was planning to do. Then he started losing weight, and I said, man, you’re screwing up your whole brand. Don’t do that.

But he came to me about six months ago and said, let’s do a podcast, because every time we get together, it’s not unlike what you guys do. There’s chemistry, you feel it, and it’s always entertaining. And we both leave laughing. And I said, man, everybody’s doing a podcast.

I don’t want to do that. He said, now let’s do it. So we did. We started doing this thing, Turbulenttruth.com, and I had a buddy down in Texas that does content distribution. He saw it because we pointed cameras at it as well as the audio.

He called me and said, man, if you’ll make that 28 minutes and 30 seconds long to the frame, I will put that in 10 million of the most conservative, patriotic homes in America.

It’s all west in North Texas, it’s all of Oklahoma, and it’s all in New Mexico, which, quite frankly, is very conservative. It just happens to be corrupt. Those people are responding to what we do in incredible ways. It’s pretty amazing.

Chapman: We sit down and start talking about what’s going on just like you do. We have zero plans. We’re both absolutely committed to living a life, listening to the Holy Spirit, and doing what he tells us to do. And that turns into really interesting takes.

We don’t care who’s president. We don’t because it’s not going to affect what we do. We care who’s King. And Jesus is King and that’s never changing. And there is a peace and joy and comfort that comes in walking and living your life that way that you can’t get anywhere else because you’re going to get lost in the ups and downs of all the rest of the stuff. Do we know what’s going on? Yes. Do we comment on it? Yes. In the end, does it matter? No, it doesn’t.

Chapman: Yes, I love it.

Carmichael: And I wanted to discuss that what we have is that was laid out many millennials ago, and our society today has rewritten what it considers to be the Commandments.

And if you go down those specifically and ask, how does our society think about each one of those individually taking them, pulling it apart, and looking at each one, none of them, none of them are applied today.

Chapman: No. Our society has focused way too much on the importance of what they think of God. And they stopped focusing on what God thinks of them. If you go through this list and you do what this says, life is going to be very, very different around you.